The Styrian production companies in the High Performance Metals Division of the voestalpine Group—up to now BÖHLER Edelstahl GmbH & Co KG, BÖHLER Schmiedetechnik GmbH & Co KG (both in Kapfenberg), and BÖHLER Bleche GmbH & Co KG (in Mürzzuschlag)—are to include the word “voestalpine” in their company names with immediate effect. Over the coming months their visual appearance will also be adapted to conform to the voestalpine brand image. This change stresses the Böhler companies’ position as part of the voestalpine Group, of which they have been a member for the past ten years, at the same time underlining their consistent focus on advanced technology and quality.

Over the past 15 years voestalpine has evolved from a traditional, primarily Austrian steel company to become a global technology and capital goods group.

The Styrian companies in the High Performance Metals Division, which became part of our Group after acquisition of the Böhler-Uddeholm Group in 2007/08, have played an important role in the voestalpine Group’s development by focusing on highly sophisticated products, particularly for the global aerospace, oil & gas, and automotive industries. 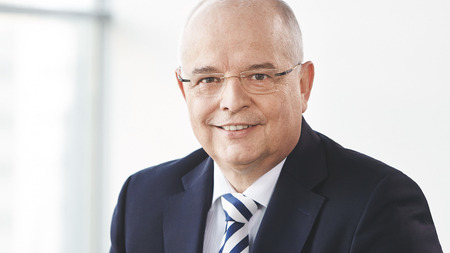 This uniform visual appearance is intended to underscore the strategic importance that our companies place on extremely high-tech segments, as well as our international character—both key voestalpine brand values.

Three of the four voestalpine Group divisions—the High Performance Metals Division, the Metal Engineering Division, and the Metal Forming Division—make a key contribution to regional value creation in Styria through their thirteen production companies and one holding company, spread over nine different sites. Around 9,400 employees generated a total revenue of EUR 3.1 billion during the business year 2016/17. Investment volume over the past ten years amounted to EUR 3.2 billion in total, the average export quota was about 86 percent. voestalpine companies in Styria are currently training around 330 apprentices in 16 trades, thereby securing their future employment prospects.

The voestalpine AG’s High Performance Metals Division is focused on producing and processing high-performance materials and customer-specific services including heat treatment, high-tech surface treatments, and additive manufacturing processes. Due to its unique sales and service network at about 160 sites around the world the division offers its customers material availability and processing as well as local points of contact. The division is the global market leader for tool steel and a leading provider of high-speed steel, valve steel, and other products made of special steels, as well as powder materials, nickel-based alloys, and titanium. The most important customer segments are the automotive, oil and natural gas exploration, and mechanical engineering industries as well as the consumer goods and aerospace industries. In the business year 2016/17, the division reported revenue of around EUR 2.7 billion, of which about 50% was generated outside Europe, and an operating result (EBITDA) of EUR 395 million; it has around 13,700 employees worldwide.