voestalpine supports those affected by the hurricane in Texas with emergency funding of USD 350,000

The US state of Texas is currently experiencing one of the greatest natural disasters in its history. Thanks to high safety standards, the voestalpine direct reduction plant which was erected there in last years survived Harvey—the hurricane of the century which has been wreaking damage since last week—without substantial damage. In the entire South Texas region where Corpus Christi, the site of voestalpine Texas LLC, is located, there was heavy damage that extended to the complete destruction of entire residential areas. For this reason, the voestalpine Group is offering immediate support for affected employees and local citizens, making available USD 350,000 in emergency funding. 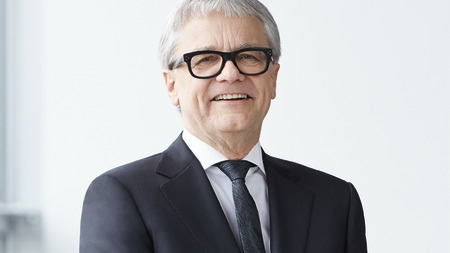 The devastating impact of Hurricane Harvey, which arrived from the Gulf of Mexico to reach Texas last Friday, is threatening the existence of many people in this region. As an important employer and partner in the Corpus Christi area, we want to quickly offer financial support to our employees and the community. The overriding task is to repair houses and infrastructure. We believe it is also a moral obligation for a successful company to support both its employees and society.

In specific terms, voestalpine is making available USD 250,000 in funding to both of the regional aid associations “Coastal Bend Community Foundation” and “Food Bank of Corpus Christi” that offer first aid to the counties of San Patricio, Nueces, and the Aransas County in which many voestalpine employees live. In addition, those voestalpine employees of voestalpine Texas LLC who were particularly affected by this natural disaster will receive direct aid amounting to USD 100,000 in total to support them in reconstructing their homes.

Thanks to the extensive investments in storm and safety precautions during the construction phase, the voestalpine plant in Texas was extremely well prepared for the worst-case scenario that occurred last week. With respect to the impact of the hurricane on the direct reduction plant, the largest and most modern plant of its type in the world, thankfully it has been possible to confirm the cautious all-clear given at the beginning of the week. “The technical inspections undertaken in the past days have turned up only slight damage to buildings and infrastructures. All key plant elements remain largely intact,” says Stefan Einfalt, managing director of voestalpine Texas LLC, describing conditions on the plant premises. Except for a few windows and doors, the 600 meter-long pre-materials warehouse remained unscathed. Plant technicians are currently making detailed records of the damage. They will initiate the necessary repair measures during the course of this week. The damage and production downtime are mostly covered by insurance policies, although realistically it cannot be assumed that all downtime and costs will actually be compensated in such extreme situations.

From today’s perspective, it should be possible to begin ramping up the plant in the next two weeks—once a final all-clear has been given and all cleanup and repairs have been completed. However, this is highly dependent on external developments (including the electricity supply, infrastructure availability, spare part deliveries, etc.) in this region that has been declared a disaster zone.