voestalpine has secured a major new contract in the ongoing economically challenging oil and gas industry for the Nord Stream 2 pipeline project between Europe and Russia. After having supplied 170,000 tonnes highest-quality linepipe plates for the first part of the offshore gas pipeline in the Baltic Sea between 2008 and 2010, the Group will now produce several hundred thousand tonnes for Nord Stream 2. The order quantities significantly exceeded expectations, which makes this order the largest one won by voestalpine Grobblech GmbH in the company's history.

Nord Stream is a 1,200 km offshore pipeline transporting natural gas from the Yuzhno-Russkoye natural gas field and neighbouring fields in Siberia via the Baltic Sea to Germany. As such, it plays a major role in securing Europe’s access to natural gas supplies. Between 2008 and 2010, voestalpine Grobblech GmbH, a company belonging to the voestalpine Group’s Steel Division, via its partner OMK, a Russian pipeline specialist and long-term voestalpine partner, supplied 170,000 tonnes of highest-quality linepipe plates for two Nord Stream lines which were completed in 2012.

As this pipeline is running almost at full capacity, having transported around 40 billion cubic meters of gas to the EU through both lines in 2015, construction of Nord Stream 2 with two further pipelines is to go ahead. With the biggest contract in its history voestalpine Grobblech GmbH has now secured the supply for several hundred thousand tonnes of special plate for these pipelines, which will again be handled together with strategic partner OMK between August 2016 and February 2018. OMK has most recently won 33 percent of the total order volume for Nord Stream 2 in a tender issued by the operating company. 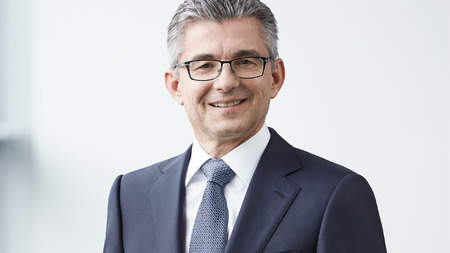 In view of today’s highly competitive market environment for investment in the oil and gas industry, this major contract is extremely welcome. It proves once again that voestalpine is seen as a reliable partner when it comes to highest-quality special products for technologically demanding pipeline projects.

In 2015, a contract for 95,000 tonnes of linepipe plates for a natural gas pipeline in the United Arab Emirates ensured solid capacity in the heavy plate business. This followed deliveries for the Brazilian Rota 3 pipeline project which largely ensured full capacity utilization. Here voestalpine supplied 117,000 tonnes of linepipe plates for the deep-ocean pipeline to one of the world’s largest oil fields near Rio de Janeiro.

voestalpine Grobblech GmbH is a company belonging to the voestalpine Group’s Steel Division and operates worldwide. The product portfolio is focused on the energy sector and includes sour-gas-resistant linepipe plates, high-strength deep-ocean plates for pipeline construction, and structural steels for offshore platforms. As Europe’s leading producer of roll-bonded clad plates and heads, voestalpine Grobblech manufactures shell plates and heads for boiler construction, and is a premium supplier of high-strength and wear-resistant steels to the vehicle, crane, and mining industries. During the business year 2014/15 the company generated revenue of EUR 676 million with a staff of 697 employees and an export quota of 84%.

As the largest Group division in terms of revenue, the voestalpine Steel Division has attained global quality leadership in highest quality steel strip and a leading position worldwide in heavy plate for the most sophisticated applications as well as in casings for large turbines. The division is a strategic partner to Europe’s premium automotive manufacturers and major automotive suppliers. It is also one of the largest suppliers to the European consumer goods and white goods industries, as well as to the mechanical engineering sector. The division produces heavy plate for the energy sector which is used under extreme conditions in the oil & gas industries, for example, for deep-sea pipelines or in the permafrost regions of the world. In the business year 2014/15, the division generated revenue of almost EUR 4 billion and reported an operating result (EBITDA) of EUR 450 million. It has around 11,100 employees worldwide.

The voestalpine Group is a steel-based technology and capital goods group that operates worldwide. With around 500 Group companies and locations in more than 50 countries and on all five continents, the Group has been listed on the Vienna Stock Exchange since 1995. With its top-quality products, the Group is one of the leading partners to the automotive and consumer goods industries in Europe and to the oil and gas industries worldwide. The voestalpine Group is also the world market leader in turnout technology, special rails, tool steel, and special sections. In the business year 2014/15, the voestalpine Group reported revenue of EUR 11.2 billion and an operating result (EBITDA) of EUR 1.5 billion; it had around 47,500 employees worldwide.