Corporate News regarding report for the 1st Half 2022/23

The international steel and technology group benefited in the first half of 2022/23 (April 1st to September 30th) from very good demand in most market segments as well as from high prices for its products, generating record highs year over year in a difficult economic environment. The momentum particularly in the energy sector was very strong throughout H1 2022/23 due to high energy prices worldwide. Likewise, the pronounced rebound in the aerospace industry that is being driven by the growing need for single aisle aircraft due to the rising number of passengers in regional air traffic also continued during the current business year’s first two quarters. As usual, the Railway Systems business segment followed a solid development despite the challenges in logistics. Its European core markets saw rising demand from the mass transit segment, while its markets beyond Europe benefited from the continued positive trend in the heavy-haul transport segment. By contrast, the white goods and consumer goods industry as well as the construction industry had to contend with declining demand toward the end of the first half of 2022/23. Supply chain bottlenecks continued to hamper the automotive industry, causing it to remain stuck on a moderate level in Europe. The business environment at the Group’s facilities overseas was better; economic conditions especially in China continued to be favorable despite comprehensive lockdowns. The highly satisfactory performance of the storage technology in previous years continued unabated, and demand for voestalpine’s products from the solar industry also developed very well during H1 2022/23. 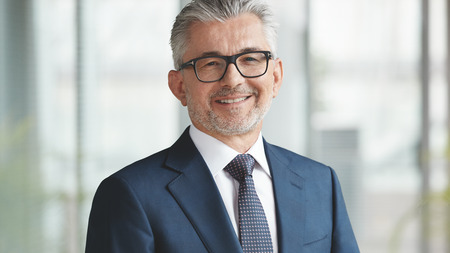 Demand for our high-quality products over the past six months was high in almost all market segments. This is also reflected in our extremely strong earnings for the business year’s first half, which we achieved despite the generally negative environment. According to economic experts, the economy will continue to contract considerably during our business year’s second half. We are very well prepared for this scenario thanks to our global positioning and our sectoral diversification.

Development of revenue and earnings

The voestalpine Group posted record revenue as well as record highs in all key performance indicators (KPIs) for the first half of its business year 2022/23. Year over year, the Group boosted revenue by more than one third, from EUR 6.8 billion to EUR 9.3 billion. EBITDA soared 42%, from EUR 1 billion to EUR 1.4 billion. EBIT jumped year over year by 40.7%, from EUR 638 million to EUR 898 million despite impairment losses taken in the High Performance Metals Division (as previously reported); in particular the total of EUR 173 million stem from higher discount rates, specifically, EUR 54 million in impairment losses at Buderus Edelstahl (Wetzlar, Germany) and EUR 119 million at the HPM business unit. Profit before tax for the reporting period rose to EUR 846 million—a year-over-year increase of 41.2% from EUR 599 million. Profit after tax soared 47.2% to EUR 715 million (H1 2021/22: EUR 486 million). Equity as of 09/30/2022 is EUR 7.5 billion (+23.9%). Net financial debt fell 10.2% to EUR 2.5 billion within one year. The gearing ratio (net financial debt as a percentage of equity) was reduced year over year, from 45.1% to 32.7%. The number of employees (FTE) in the voestalpine Group rose 2.7% year over year, from 49,068 to 50,374.

Economic sentiment gradually deteriorated over the first half of the business year 2022/23, and the uncertainties as to the ramifications of the war in Ukraine particularly for Europe also continued to grow. In turn, economic forecasts are becoming increasingly pessimistic.

Toward the end of the reporting period, first signs of restraint on the part of customers in some of the voestalpine Group’s market segments already reflected the gradual loss of economic confidence.

Hence the Management Board of voestalpine AG expects the global economy to cool off substantially during the second half of the business year 2022/23.

In its view, the biggest challenges during this period will arise in Europe, whereas the downturn in North America should still remain modest over the next few months. As far as the voestalpine Group is concerned, demand in Brazil is expected to decline but only slightly on the whole despite the expected weakening of the domestic economy. We expect China to continue more or less along its current trajectory and deliver restrained growth in the current business year’s second half. Hence the voestalpine Group’s global positioning should help at least to support earnings despite the expected contraction of the economy in the current business year’s second half.

Sector diversification will further help to stabilize the situation. While demand in traditionally cyclical industries such as the consumer goods, white goods, construction, and mechanical engineering industries is expected to decline over the business year’s next two quarters, we expect the railway technology segment to follow a stable trajectory and both the energy and the aerospace sectors to continue their upward trend in the second half of the business year as well. In the automotive industry, no improvement in demand for voestalpine products is expected by the end of the 2022/23 business year.

Given the voestalpine Group’s excellent earnings performance in the first half of the current business year 2022/23 and given the expectation that the global economy will cool in the second half of the business year 2022/23, the Management Board of voestalpine AG currently expects EBITDA of between EUR 2.3 billion and EUR 2.4 billion, as already announced on October 24, 2022. This figure includes positive non-recurring effects of about EUR 120 million from a real property sale that is expected to close during the current business year.

This outlook does not take into account any unexpected economic distortions from the further course of the war in Ukraine or any energy supply problems in Europe.