From 25 submitted projects, an expert jury has nominated voestalpine Stahl GmbH for this year's Austrian National Award for Innovation for the development of phs-ultraform®. The award will be presented in Vienna on 25 March 2015 by Reinhold Mitterlehner, Federal Minister of Science, Research and Economy.

phs-ultraform® has been the most successful innovation by voestalpine in the last decades. It all started with the brave management decision to promote PHS (press-hardening steels).   The automotive industry needed a PHS product with a zinc-based coating. Developing such a product initially seemed to be impossible, as zinc liquefies at approximately 420 °C and evaporates at approximately 910 °C. However, temperatures during the manufacture of hardened PHS components exceed 910 °C. Already in the course of initial investigations it became apparent that the seemingly impossible is, in fact, possible. With its PHS product and process technology—the result of years of intensive research and development—voestalpine has a unique selling point in the automotive market.

Premium manufacturers in the automotive sector use phs-ultraform® for crash components such as stiffeners, A pillars, B pillars and sills. By using this product, the weight of autobodies can be reduced by up to 25 %. phs-ultraform® technology makes an important contribution to the reduction of fuel consumption while significantly increasing passenger safety.

Another advancement of voestalpine's PHS technology, which involves forming PHS in the direct process (direct press-hardening process), will soon make its breakthrough. With the phs-directform® technology, simple components can be manufactured in a cost-effective manner. As a result of this further advancement, voestalpine is planning to expand its PHS business to the USA, China and South Africa. 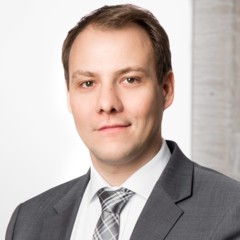