Some just get as far as the beginning.

Apprentices in their first year were happy to accept the invitation from the Management Board. They received important information firsthand and were permitted to ask questions of interest to them, for example, about what the apprenticeship program means to voestalpine or how much electricity is consumed each year at the Linz location.

They already knew that their training had been completed at a very special company. However, the personal words spoken on this day had a more lasting impression on their dedication to learn as much as they could in order to be true assets to the company.

Others stick it out to the end.

The apprenticeship graduation celebration took place on 14 March 2016. After an introductory musical number and the celebration was officially opened by members of the Human Resources department, the 116 newly graduated young technical staff were greeted by Pauline Seidermann und Hubert Zajicek, members of the Management Board.

An impressive dance number performed by Steel City Roackaz was followed by the presentation of the diplomas.

The words of thanks—at times moving—were spoken by Cornelia Plöchl and Martin Wallner, who represented all the young talent present at the event, . 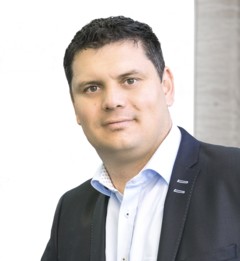