Technology -
Made in United States

The engineering staff of voestalpine Precision Strip WI in our site in Wisconsin has a combined more than 60 years of experience in the special niche of the precision strip steel industry, especially in the field of hardened and tempered products.

Teilen
voestalpine Precision Strip WI in Pleasant Priarie performs edge conditioning through a high-speed edging process known as skiving - the successive removal of material from the edge in a series of carbide dies - resulting in a smooth "machined" edge. Skiving can be performed on one of three individual lines resulting in the ability to skive a wide range of strip dimensions and a variety of edge configurations.

The process of skiving, or machining the edge has distinct advantages over edge rolling which is a deformation and hence stress-inducing process. An additional advantage with respect to a "stress-free" edge is the fact that we edges the vast majority of its strip prior to the hardening and tempering process. This so called single-strand-hardening process results not only in a stress-free edge but also has significant positive impact on resultant strip shape (camber / twist / coil set) properties. 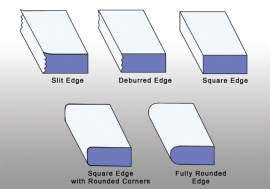 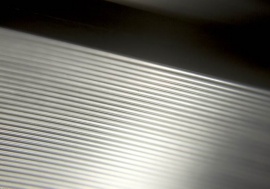 Our success originate from worldwide and continuous growth. But not at all cost!

Also on Android and iOS:

voestalpine Precision Strip is a manufacturer of cold-rolled strip steel meeting the highest quality standards available. With our production and distributions companies in Austria, Sweden and the United States as well as our sales subsidiaries in the United States, China and Spain we employ around 1300 staff members and export our products for over 300 Mio € to over 80 countries worldwide.