Metalworking jobs are only for men? And apprenticeships turn boys into men? After 150 years of BÖHLER production, such ideas no longer have anything to do with traditional values. 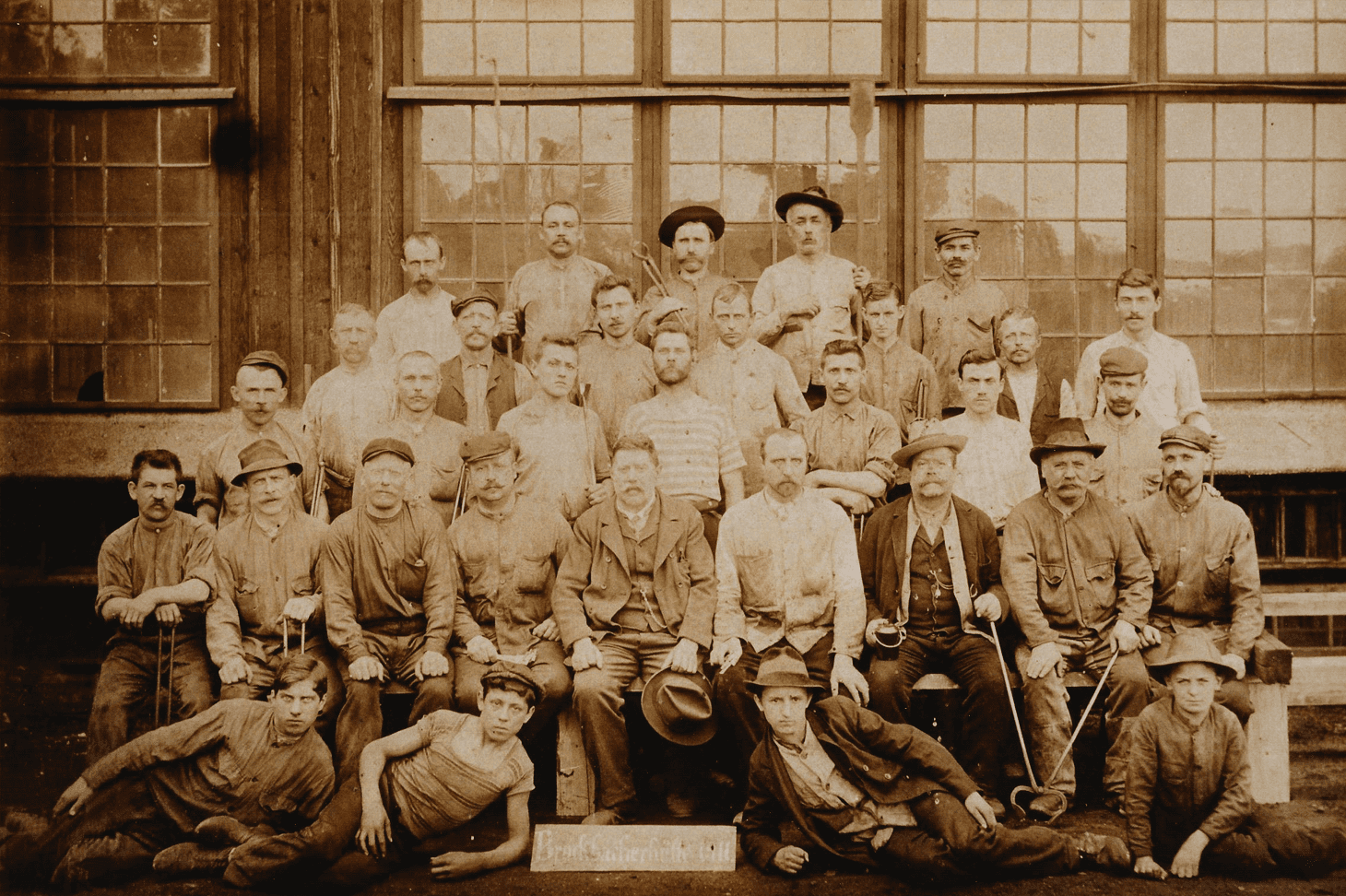 Admittedly, even in 2022 there are no women working on the open rolling line at voestalpine BÖHLER Profil, but they cannot be overlooked in other positions in production.

Environment and Safety Manager Sandra D. confirms this development: “We currently have three female colleagues working in the finishing department and, to be honest, their presence is very good for the shift atmosphere.” As voestalpine BÖHLER Profil, the former male domain at “Bruckbacher Hütte” is becoming increasingly female. This is evident in more than the remodeled social rooms. “Our female apprentices feel welcome and are quickly integrated into the team,” says Sandra D. And she should know because she is also the company’s apprentice representative. Materials Technician Nina B. can wholeheartedly confirm this from the perspective of a former apprentice at BÖHLER:

“I feel that in this day and age, gender no longer plays a role. At least not here. What counts here is performance, regardless of whether you’re male or female.”

The trained Mechanical Technician has thrown herself into her new job and is openly enthusiastic: “I love working with young people because you can really help them grow. They come into the working world fresh out of school and when you bid them farewell three and a half to four years later, they already have their own apartment and are independent. Witnessing that is awesome.”

"It is always a great feeling when they finish their exams and you can say you’re sending them off into the vast working world."

Elias H. is one of voestalpine Precision Strip’s apprentices. Two years ago, he came to see what it was like—and stayed because he liked it. “The versatility of the training, the practical experience, and then you get to work on several machines at the same time—that’s really cool!” says the future Toolmaking Technician. He is impressed, for example, by the “totally cool” eroding machines that work with thousandth accuracy so that e.g. fittings really fit. 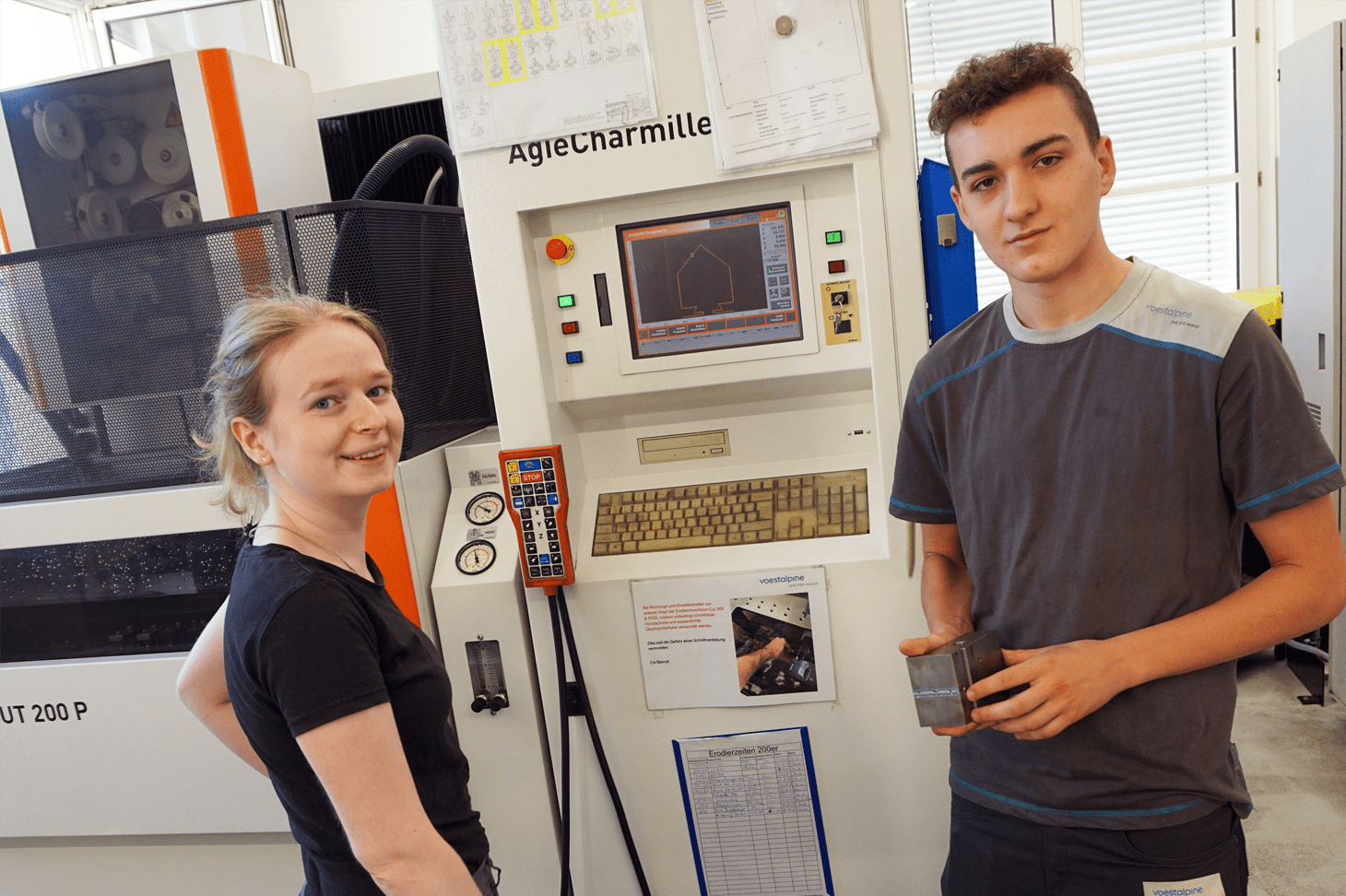 Training has a long tradition at BÖHLER. What was a work in progress in the 19th century was truly established in 1928 with the opening of the first in-house school at BÖHLER. And in 1940 the new, modern training center opened in Böhlerwerk: a three-story building designed to accommodate 90 to 100 apprentices in three classes for machinists, toolmakers, turners, forgers, electricians, and industrial clerks. Today, the term “Jugendsteel” encompasses all aspects and benefits of an apprenticeship at voestalpine Precision Strip, including new graduation traditions. “Only we have these,” says Elias H. “and the medallion tradition is really cool.” He is looking forward to graduating from his apprenticeship training. Because when apprentices successfully complete their training, a white flag is hoisted in their honor and then the newly graduated skilled workers nail a small round medallion with their name and job title onto the big board in the training center. And this “jugendsteel tree” is already bearing proud fruit. 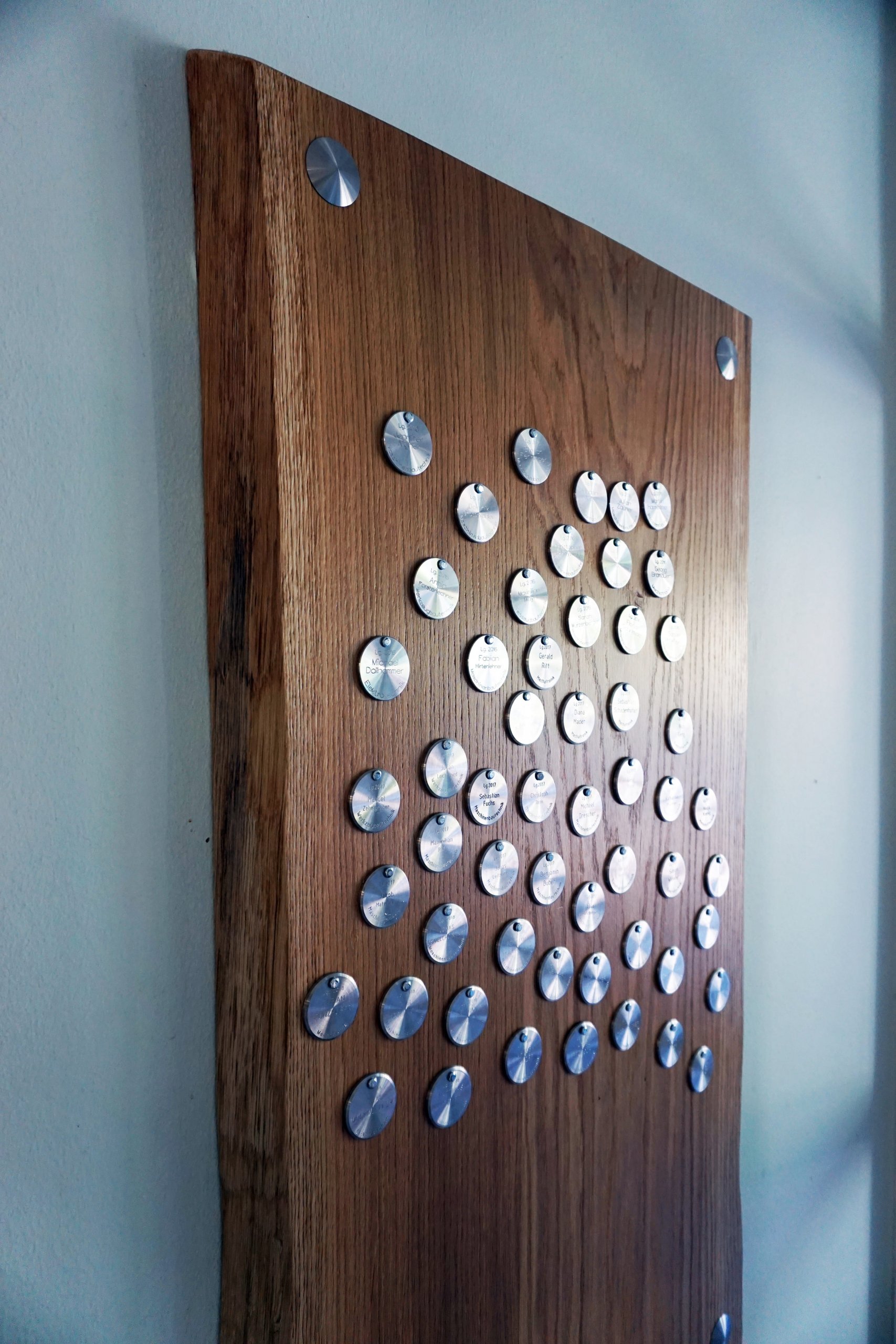 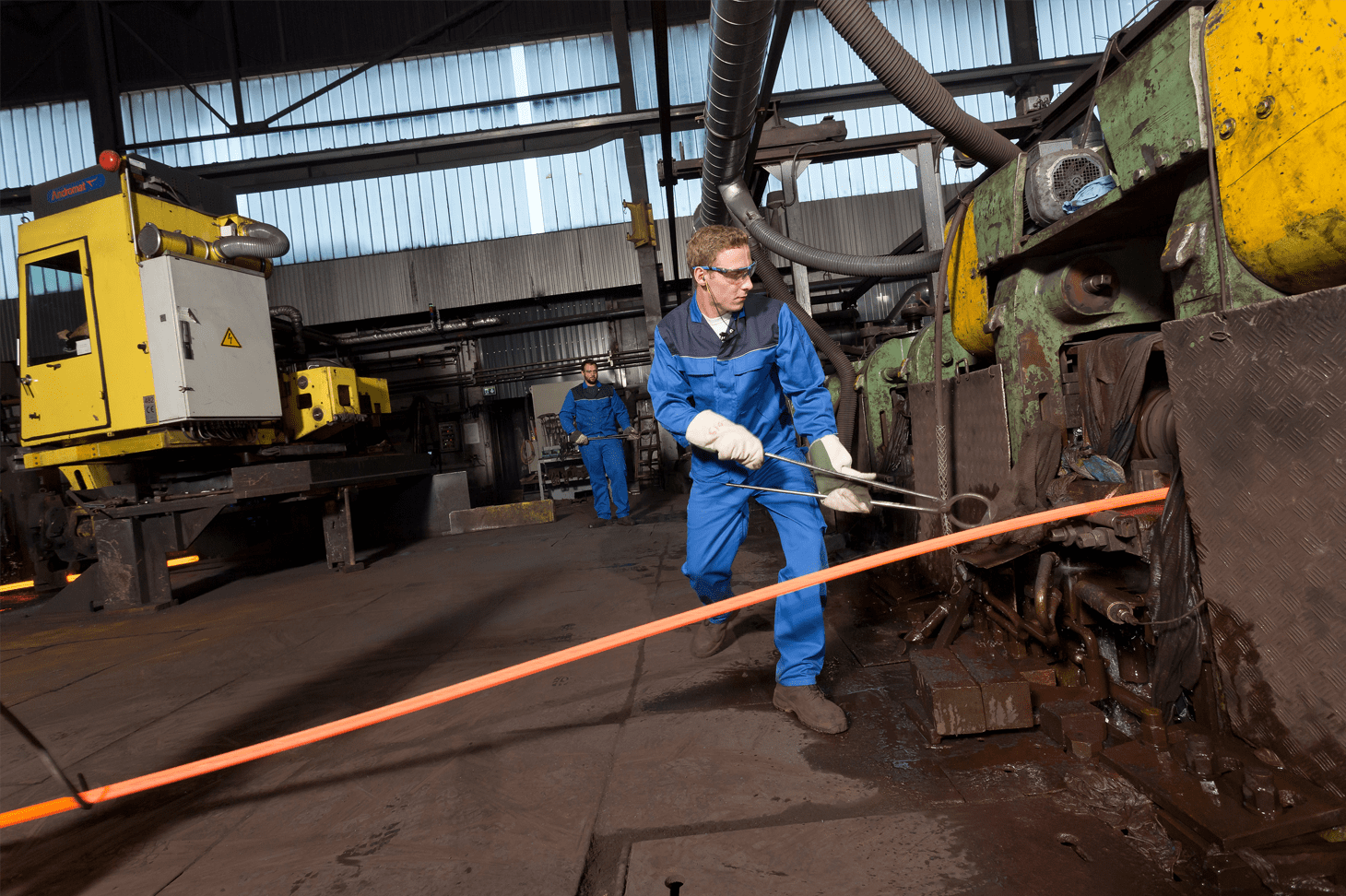