Sustainability and safety at voestalpine in Austria’s Ybbs Valley

For 150 years, hydropower has been driving BÖHLER’s production facilities in Ybbs Valley. This is a plus for today’s voestalpine companies when it comes to sustainability.

All water drawing rights and a gradient with approx. 300 hp of exploitable hydropower was not simply one of the components of the 1872 purchase contract for the “Bruckbacher Hütte”. When the Böhler brothers started production under their name, this power drove the rolling mills and hammers. Today, the power of the Ybbs River continues to provide the voestalpine companies with energy and sustainable location advantages. 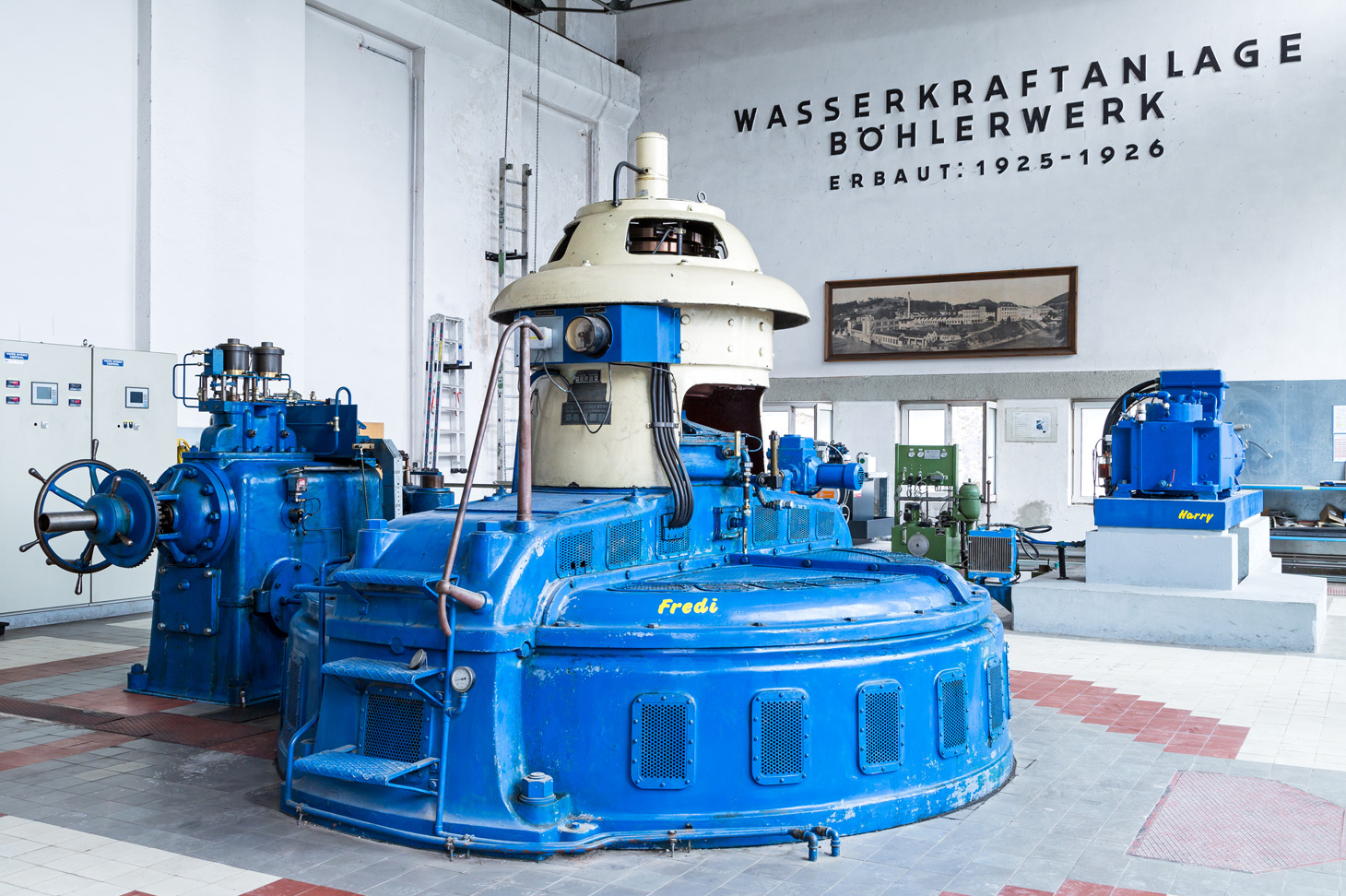 The Metal Forming Division, to which voestalpine Precision Strip belongs, plans to achieve 0% CO2 emissions by 2035. Using sustainable energy, like in the Ybbs Valley, is an important part of this reduction strategy.

"We cover more than half of our electrical energy requirements with ‘Ybbspower’. And in the future, we will reduce our electricity purchases by 6% thanks to photovoltaic systems at our Böhlerwerk site."

Neighboring voestalpine BÖHLER Profil also uses the considerable potential of the Ybbs—and of the sun. Environment and Safety Manager Sandra D. points out that “In combination with the PV systems, the turbines cover almost all our electrical energy needs. And we feed any surplus, e.g., from nighttime operation of the hydropower plant, into the grid.” To better utilize ‘Ybbspower’, the generators were connected right to the 120-year-old turbines during the last power plant upgrade. The transmission, a reminder of early BÖHLER times, directly drives both rolling lines. Just like a century and a half ago. 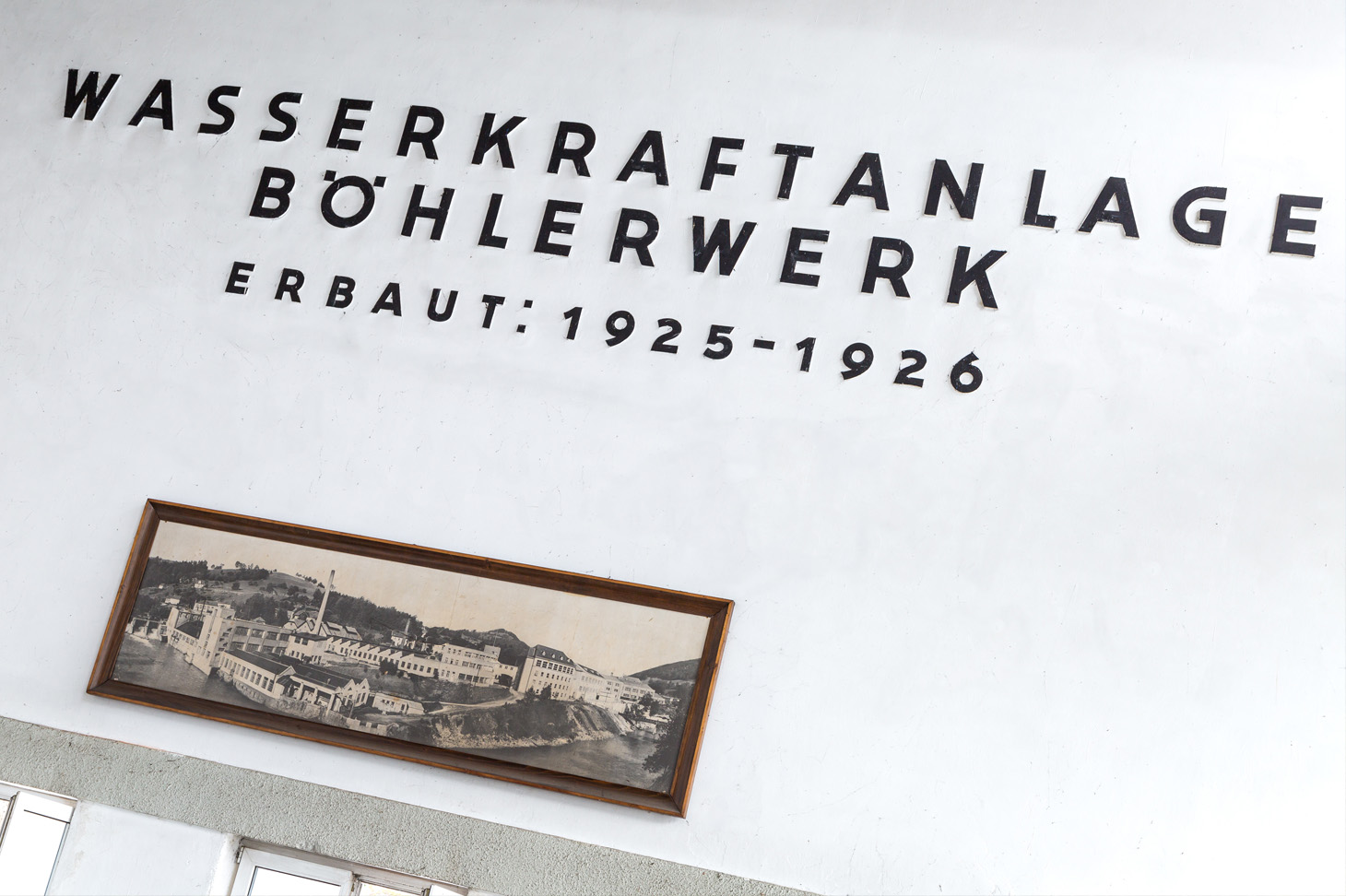 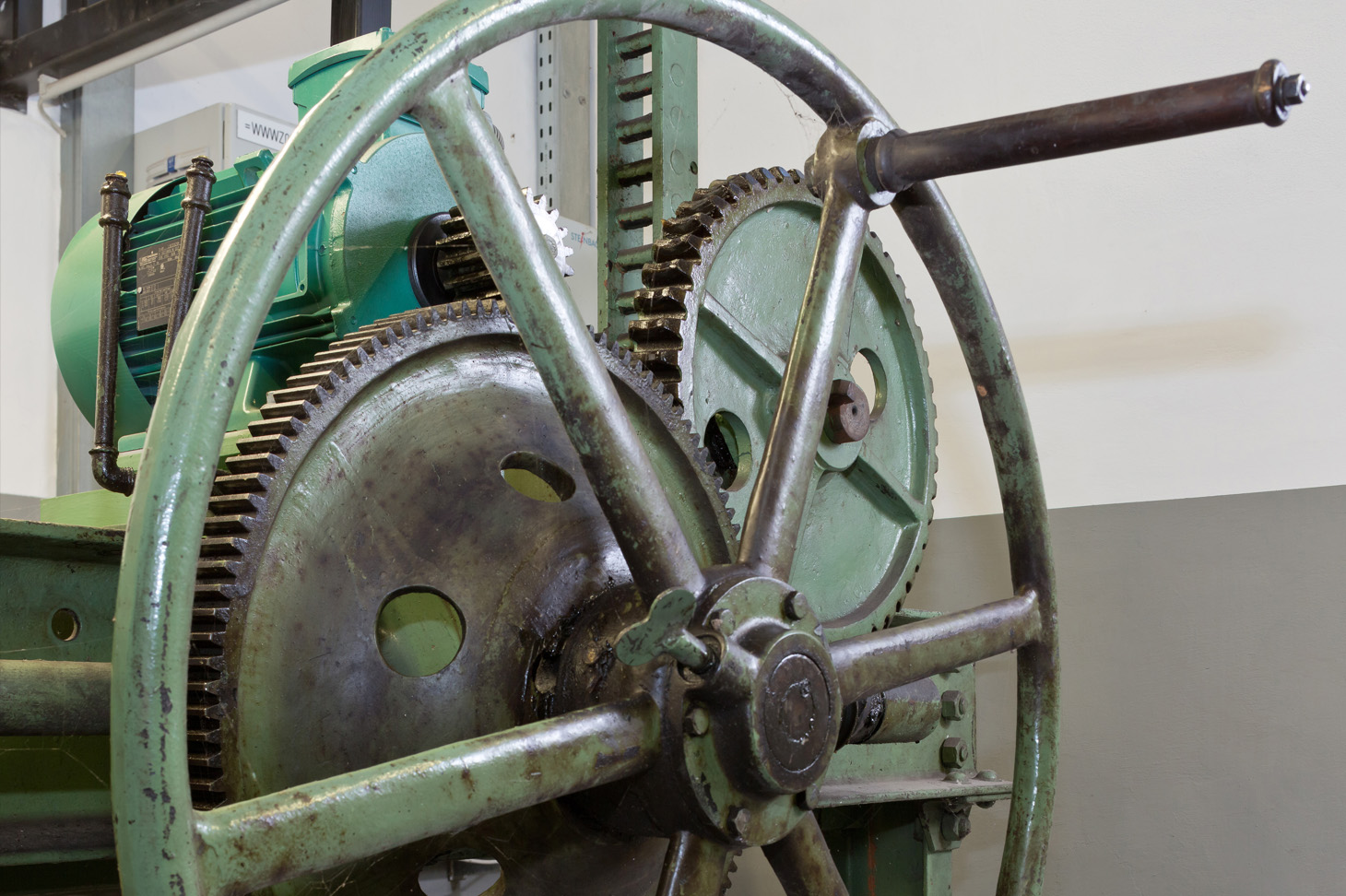 Things that are well maintained will last a long time: the hydropower plants of the voestalpine companies in the Ybbs Valley.

Lords of the fish

Those who use its power have to take care of it. That’s why the voestalpine companies on the banks of the river are responsible for taking care of the Ybbs River. Tasks include dredging, bank protection measures, and building fish ladders. 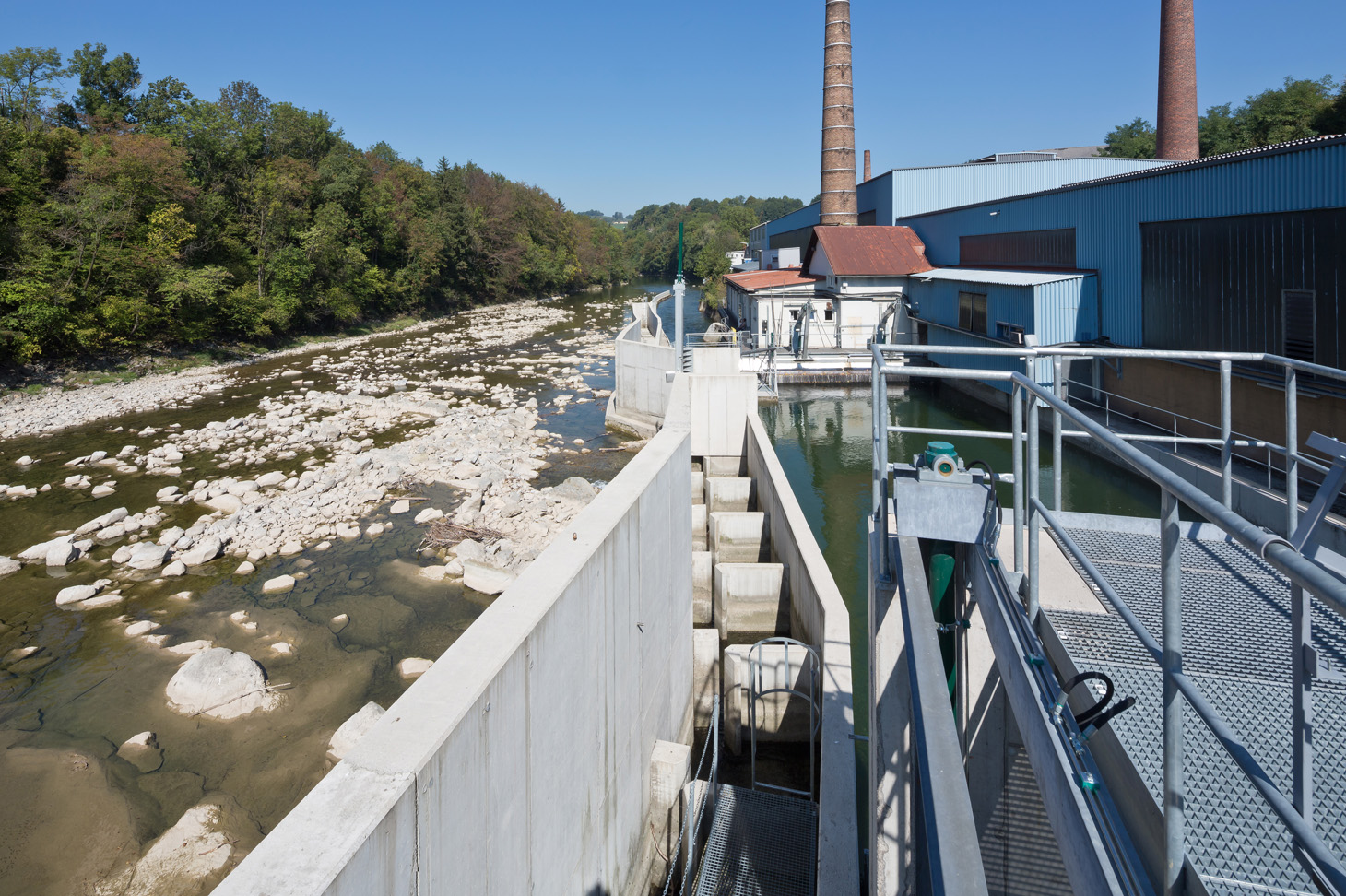 Fish ladders on the Ybbs River

In 1898, the Böhler Bros. company leased Seitenstetten Abbey’s fishing rights to the section of Ybbs River on its doorstep. As a result, the Managing Directors of voestalpine BÖHLER Profil in Bruckbach are now responsible for the Ybbs B 1/4 fishing district. Beyond issuing fishing licenses, this responsibility includes maintaining and expanding the stocks of trout, grayling, and barbel. Good fishing! 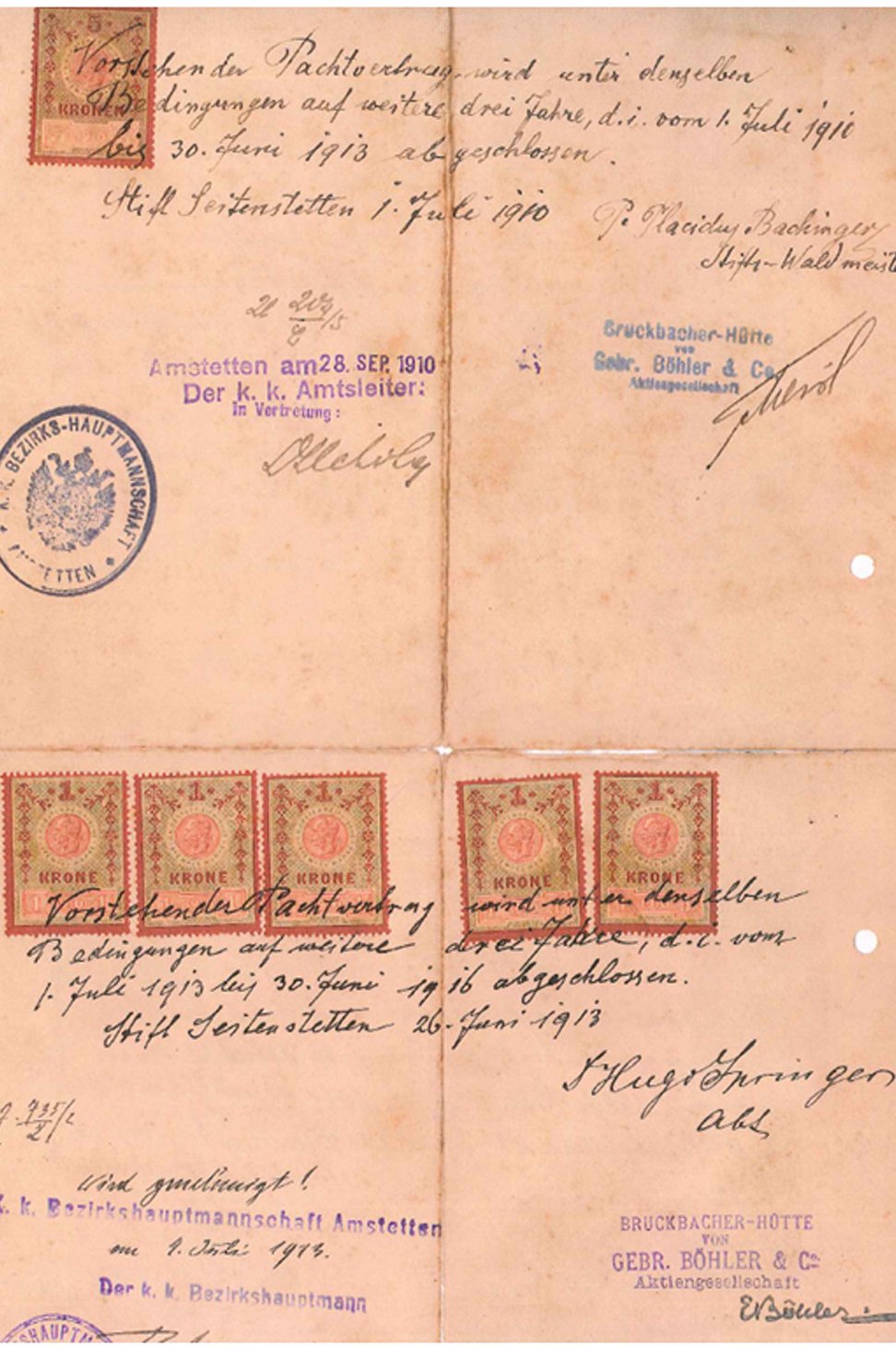 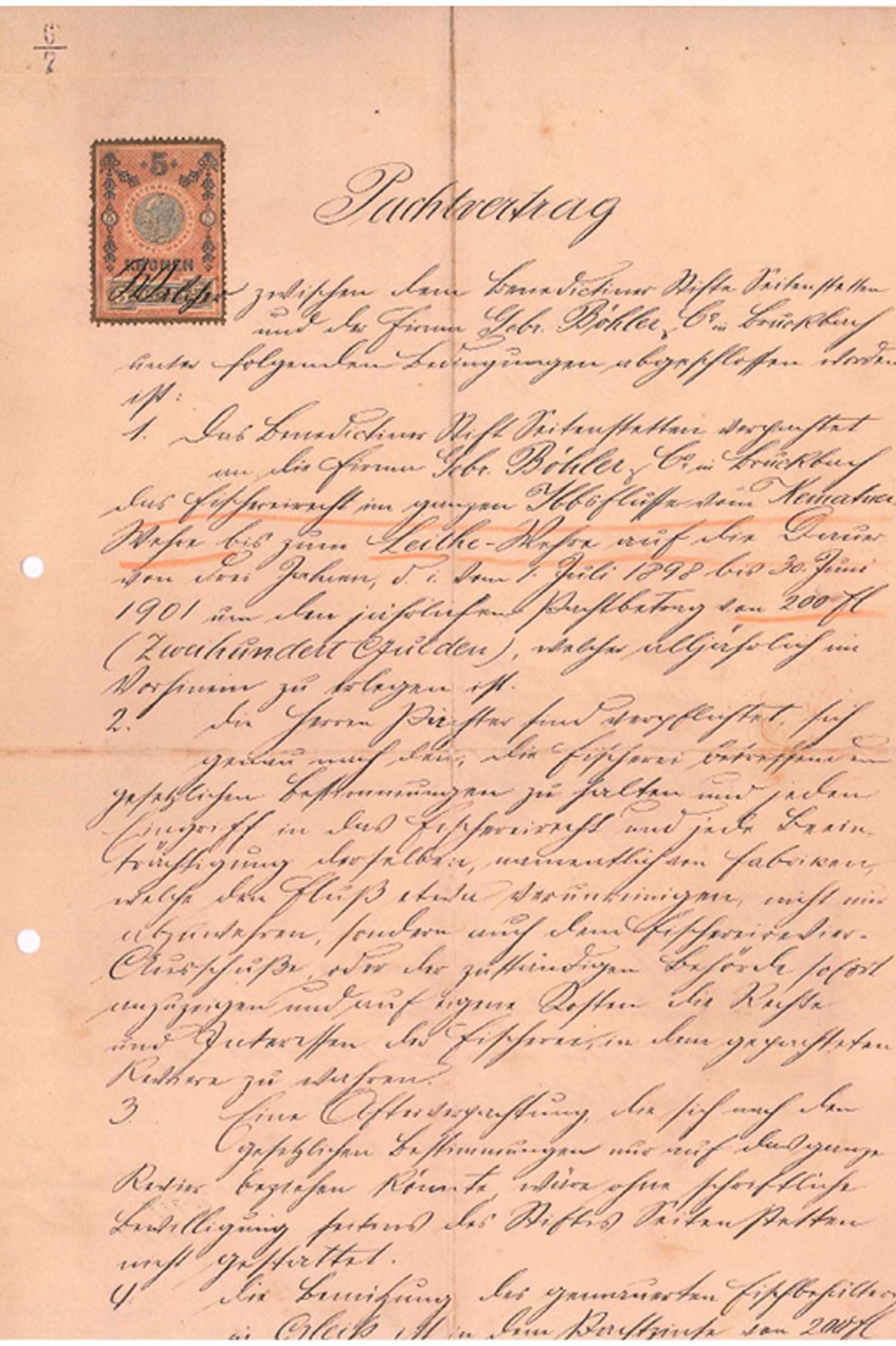 Cutting lines, saw strip steel, industrial knives—the products the voestalpine companies in the Ybbs Valley have been producing for many decades sound like they are sharp. What about safety in production?

"Of course we make sure we have the best protective devices and equipment. But behavior-based occupational safety is at least as important. We continually and repetitively train this type of safety through projects with external experts and diverse information."

voestalpine Precision Strip also relies on active colleague collaboration in matters of safety. For example, in discovering as yet unknown danger spots that arise in the daily handling of sharp belts and saws. The motto is to prevent accidents before they happen.