Where once trains pulling into a railway station were manually or visually checked by the dispatcher , today digital sensors monitor key components such as the wheels, brakes, and bearings, as well as wagon loads. By 2023 voestalpine Railway Systems will have equipped Austria’s rail network with 47 digital checkpoints, creating a nationwide train and track monitoring system, and making rail transport in Austria more efficient, more safe, and more punctual.

Under normal operating conditions, over 6,000 trains run on Austria’s rail network daily, the majority without technical incident. However, if a freight transport load is insecurely attached or protrudes, couplings hang loose from wagons, or brakes are not completely disengaged, difficulties can arise. Then there is a potential danger of damage to rolling stock and tracks, impairments to wagons, or, in the worst case, that accidents might occur. As rail capacity utilization continues to rise, which adds additional strain to the rail networks, paired with the demand for increasing speed of travel, digital monitoring of the rail network becomes increasingly important. 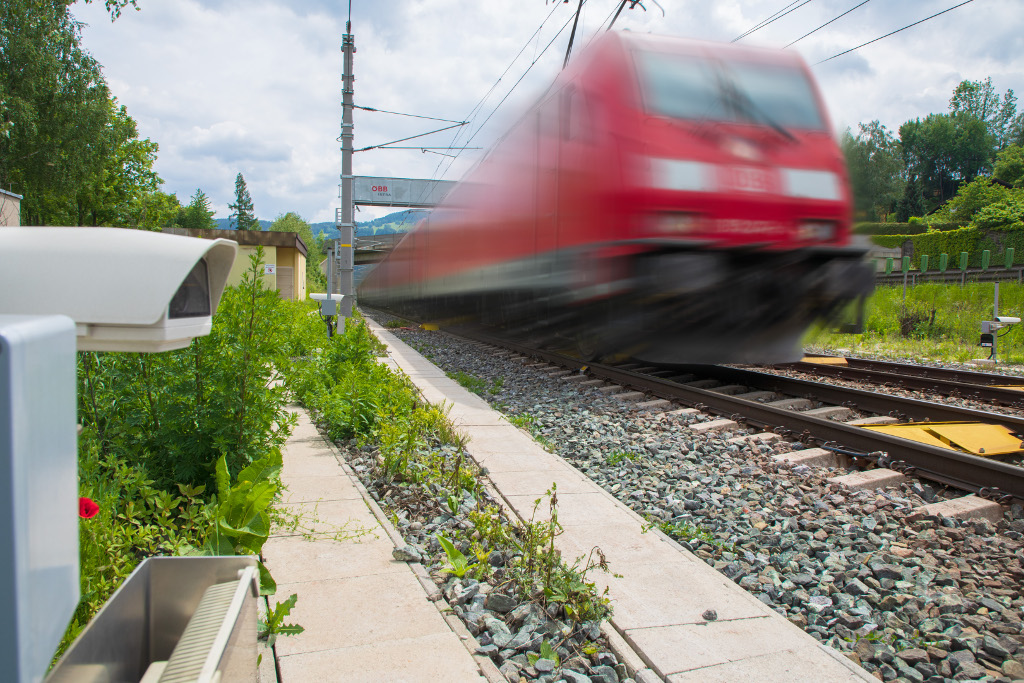 In Austria, a dense network of electronic measuring points, integrated into the infrastructure, is already measuring the temperatures of axle bearing boxes, wheel rims, and brake disks on running trains. Around 47 of these measuring points are now being upgraded to become complete monitoring stations with the PHOENIXMDS monitoring system developed by voestalpine: the comprehensive modular portfolio incorporates a range of sensor technologies, allowing every aspect of rolling rail transport to be individually monitored on a continuous basis. The recorded data is then evaluated by the central PHOENIXCMS management software and presented in a user-friendly format. This ÖBB Infrastruktur AG and voestalpine project is setting new standards internationally in the digital monitoring of rail traffic, generating important findings which can be used to further reduce train standstills, delays, and downtime. By 2023, after the project’s scheduled completion, the Austrian rail network, with its so-called train running checkpoints, will have Europe’s most sophisticated train monitoring system.

Intensive testing began on a trial checkpoint in Oberaich, Styria, in 2017; the first regular checkpoints in the Austrian rail network started operating in summer 2018.

These high-tech, digital monitoring stations record the condition of the train at key points in the rail network such as the entrance to tunnels, stations at borders, intensively-used lines, and high-speed lines with trains running at up to 250 km/h.

While the train passes at full speed, the checkpoint monitors factors such as the precise weights on the individual wheels in order to identify any unequally distributed loads. The forces of a wheel on the rail are also continuously recorded to localize any wheel defects at an early stage. In addition, loading gauge measuring equipment, fitted with optical sensors, records any wagon parts or loads which might protrude beyond the train profile.

The data recorded by the sensors are transferred in real time to two geographically separate servers and linked to the rail operator’s control system. Where there is a deviation from the target status—for example, when an uneven load or wheel defect is detected—then within seconds a report is sent to both the responsible dispatcher and the central control station. This allows dangerous situations to be promptly identified and appropriate measures taken, preventing damage to the infrastructure, and even accidents causing personal injury. At the checkpoint in Oberaich, the number of alarms has already been notably reduced over the past months, and across Austria the empirical data has helped to significantly lower the number of incidences in which limits have been exceeded.