The run-up for a high performance facility

In December 2019 a ceremony was held to mark the official opening of the H2FUTURE plant in Linz, close to the Group’s own power plant. Then the work began: the commissioning of the currently world's largest pilot plant for CO2-free production of green hydrogen in the steel industry is progressing on schedule.

The commissioning of the 12-module PEM (Proton Exchange Membrane) went well, and was executed in two tranches, each involving 6 modules. The capacity of 6 MW was also achieved, as was the hourly production target of 1,200 m3 of hydrogen. Incidentally, the hydrogen will be blended with the steel plant’s own coking gas which is already composed of 2/3rds hydrogen.

The first pilot tests will commence in spring 2020. “Working together with SIEMENS, the start-up went well. Now we are transitioning into the trial program to test out the upper and lower performance limits, to determine the bandwidth within which we can operate in future, and to gauge the optimal operating conditions,” explains Project Manager Hermann Wolfmeir. As is so often the case, during the run-up phase the devil lies in the details: the security plan had to be adjusted, and there needs to be mutual cooperation on programming a range of control parameters, and such like. 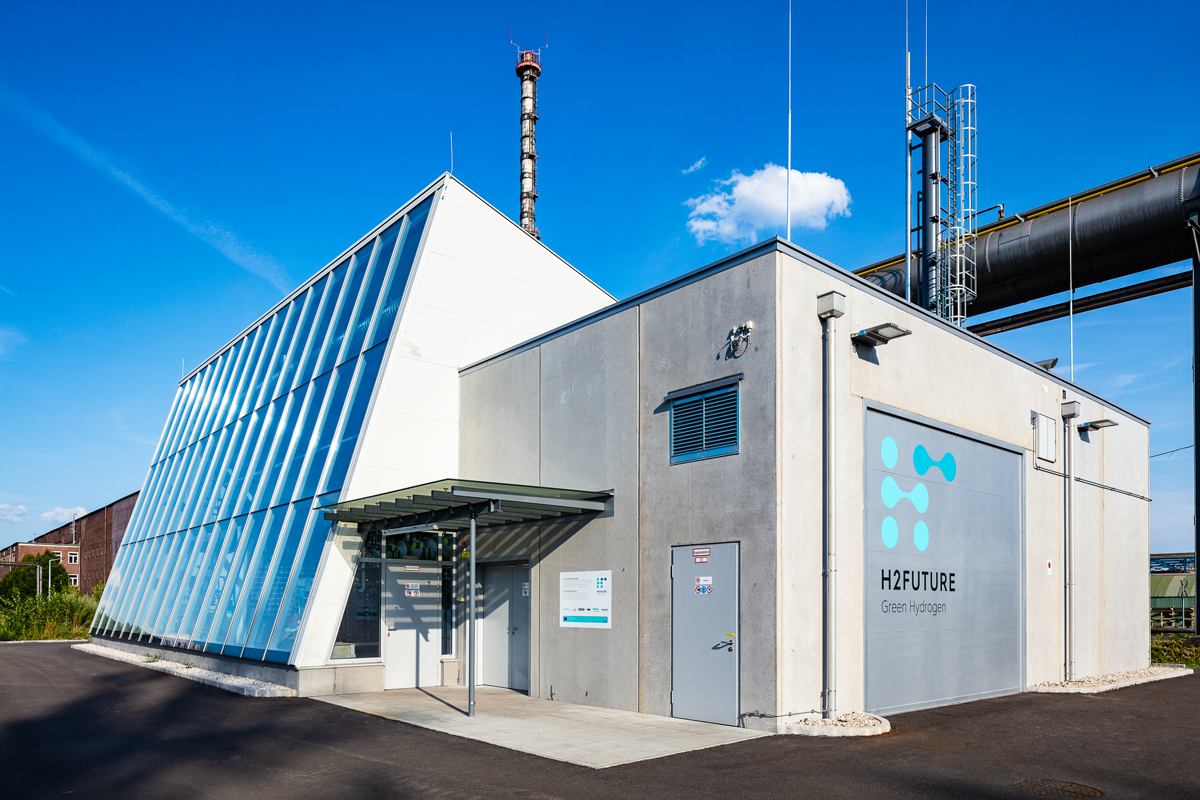 The training sessions will soon begin for the first power plant employees who will operate the facility in future. They will be followed by the “long-term tests”. Sometime in spring, the plant is scheduled to start operating for 24 hours a day, for an entire month. This will allow issues such as response times, process stability, any operating problems, and voltage changes which might indicate membrane ageing, to be examined. In principle, the idea is to gain operating experience, while simultaneously investigating which network services can be offered in an increasingly volatile power market. The balancing energy market is designed to compensate for short-term fluctuations in the power grid—it can help stabilize the network by quickly directing power to or from the plant. Prequalification for the balancing energy market will be undertaken by VERBUND-subsidiary APG, the Austrian transmission system operator.

In a few months, simulations will be used to test a variety of load cases, such as the possible future operation of an electric arc furnace: during the simulated tapping and loading period, the plan is to ramp up the electrolysis process and fill the power consumption gap, helping to balance out the load response in the plant. The EU Commission-funded H2FUTURE project is scheduled to run to June 2021. “Whether this technology really is sufficiently mature, and how it functions on an industrial scale, is not yet clear. This is the topic of our current investigations. After several thousand operating hours we’ll be able to say more, but we’re currently just at the beginning,” stresses Hermann Wolfmeir. What is already clear, however, is that the next stage of research cooperation is being considered in detail together with project partner VERBUND.

"After several thousand operating hours we’ll be able to say more, but we’re currently just at the beginning."