Investment in the future technology of welding - new center for application technology in Hamm!

voestalpine Böhler Welding invests in Hamm. A center for application technology is being built for two million euros.

It is an "important sign" and an "award for the location" that Hamm invests in technology: at the groundbreaking ceremony for the new, two-million euro application technology center of voestalpine Böhler Welding on the company premises at Hafenstraße, Thomas Hunsteger-Petermann took a look at the new building.

The two-storey building is not an expansion of the production facility, according to Thorge Peters, Managing Director of Hamm. "Here, specific training courses are offered to customers and partners," said Peters. Product and application tests for automated welding will also take place in the new building. For this reason, there will also be direct access to the production hall in front of which the new building will be built.

The welding and demonstration center, which also offers a training room and a catering area on the upper floor, will be launched in one year. Completion is planned for September 2018. A total of more than 600 m² will be available to the company in the future. "The new application technology center is equipped with state-of-the-art welding systems for welding consumables in the field of wires and powders, so it is possible to work out and implement complex technological solutions together with our partners".

Bernhard Riegler, Chief Operating Officer, spoke of an investment in "significant size" with a view to the costs of around two million euros. But the money is well spent: "It is an investment in technology and future technology," said Riegler before the employees and invited guests. In addition to Riegler, there were also other representatives of the management. The economic promotion Hamm has also been involved in the new construction project.

With Dr. Karl-Georg Steffens was a representative of business promotion at the groundbreaking ceremony. The symbolic first groundbreaking took place during the summer festival with an open day. In addition to the current employees were also many former site. A total of twelve production sites worldwide belong to voestalpine Böhler Welding and Hamm is the largest of them. 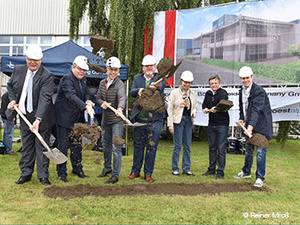 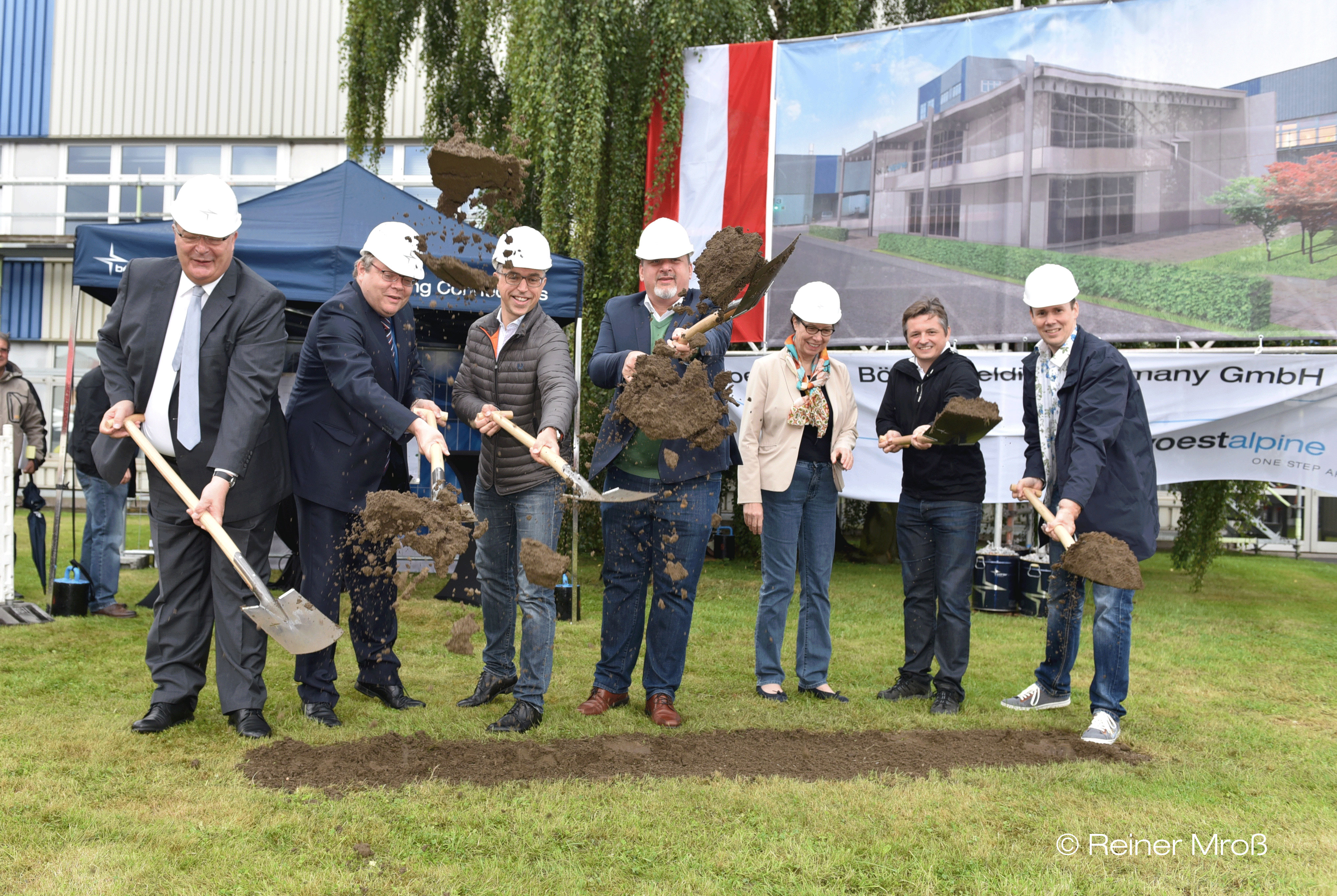