The first stage of replacing the streetcar lines on Vienna’s Ringstrasse has recently concluded, and involved voestalpine premium quality rails and turnouts. Vienna’s public transport authority, Wiener Linien, is updating a total of around 2 kilometers of track infrastructure by summer 2018, from Schwarzenbergplatz past the State Opera, Parliament, and on to the University. As the global market leader in complete turnout systems and a top supplier of high-quality rails, around the world the Metal Engineering Division at voestalpine is seen as a reliable partner when it comes to realizing sophisticated rail infrastructure projects. In the business year 2016/17, with revenue of EUR 1.4 billion, the voestalpine railway segment generated around twelve percent of the Group’s revenue.

Railway operators in Austria, the rest of Europe, and also in North America, Asia, Australia, and a variety of Arab countries, all rely on voestalpine track systems. 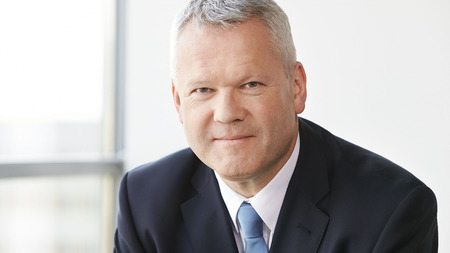 As a leading provider of digitalized railway systems, we supply our products to some of the world’s most famous infrastructure projects. But we are always delighted when innovative voestalpine railway technology is also used in our domestic market.

The first stage of the Wiener Linien’s maintenance work on the Ringstrasse concluded in March and involved installing 1,150 meters of track as well as several high-tech turnouts supplied by the Group. The innovative signaling and safety technology used to digitally monitor the track were also supplied by voestalpine. The next work stage is scheduled for the Pentecost long weekend. This will involve laying another 800 meters or more of high-quality rails, as well as additional turnouts and diamond crossings.

The voestalpine Group’s Metal Engineering Division is the global market leader in turnout technology and related signaling technology, as well as the leading European supplier of premium rails and quality wire. The division is also a leading provider of seamless tubes and high-quality welding consumables. Customer segments include the railway infrastructure industry, the oil and gas industry, the mechanical engineering and automotive industries, as well as the construction industry. In the business year 2016/17, the division and its Steel, Rail Technology, Wire Technology, Tubulars, Turnout Systems, and Welding Consumables business units generated revenue of around EUR 2.7 billion, of which 40% was generated outside of Europe. The division, with its more than 13,000 employees worldwide, reported an operating result (EBITDA) of EUR 361 million.