voestalpine Railway Systems is the global market leader for complete railway infrastructure systems, including rails, turnouts, and digital signaling technology. With the acquisition of a turnout plant in France and new shareholdings in China and Argentina, the Group is expanding its international production capacities in this area. It has even established the first Chinese production facility for turnout monitoring systems. Progressive urbanization, especially in Asia, as well as European efforts to combat climate change mean solid market forecasts for the rail sector in the years ahead.

In the business year 2019/20, voestalpine Railway Systems generated EUR 1.4 billion in revenue at 70 production and sales locations worldwide. 7,000 employees work in this segment, 1,500 of them in Austria.

Despite the current challenging economic environment, the railway infrastructure sector is showing stable development. The latest acquisitions are an important step in optimally positioning the Group in this market and manufacturing our products as close as possible to our customers. We will also continue to consistently push ahead with innovations for the digitalization of the railways.

In the past, voestalpine Railway Systems has supplied rails, turnouts, and related components for the French railway network—the second largest in Europe with 30,000 kilometers of tracks. With the acquisition of SEI.L (Societe d’Équipement Industriel. Lietaert), a turnout plant founded near Paris in 2012, the company is now also positioning itself as a major supplier for France’s state-owned railway company SNCF (Société nationale des chemins de fer français). 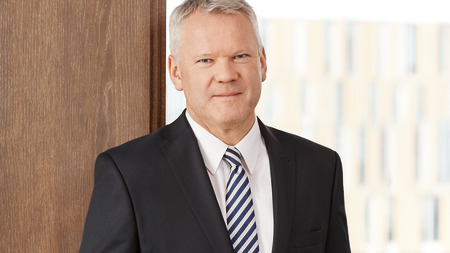 Over the next ten years, the French railway will be investing heavily in its infrastructure. As a local producer, we can now meet this growing demand for turnouts.

From this new location, the company also plans to expand its business activities in other markets dominated by SNCF technology, for instance in Maghreb.

Thanks to its joint venture CNTT (Chinese Turnout Technologies), which was established in 2007, voestalpine is already one of the top three suppliers for the national high-speed network in China, which is to be expanded from 30,000 to 50,000 kilometers in the coming years. Its stake in Sanjia Turnouts—an established producer of turnout systems since 2004 with around 150 employees at the central Chinese location of Ruzhou—has allowed voestalpine to successfully enter the booming short-distance traffic sector. “The Chinese government is planning to build more than 100 new tram and subway systems in cities with over one million inhabitants. Our second joint venture has given us even better access to these projects,” states Kainersdorfer. And voestalpine SIGNALING China, a 100 percent subsidiary of the voestalpine Group, has been established as the first local production and development site for digital monitoring systems.

Via its Spanish subsidiary JEZ, the voestalpine Railway Systems Group recently acquired a share in a turnout assembly plant near Buenos Aires, Argentina. The regional production share and optimized sales opportunities offered by the company Sistemas Ferroviarios Argentinos SRL will help to significantly increase the Group’s competitiveness in the Argentinean market.

The Railway Systems business unit of the voestalpine Group’s Metal Engineering Division is the global market leader in railway infrastructure systems and signaling technology. Through its Industrial Systems business unit, the division also is the European market leader in high quality wire and a global provider of complete welding solutions. In addition, the division delivers tubulars throughout the world from its plant in Kindberg, Austria. Its customer segments include the railway infrastructure industry, the oil & gas industry as well as the mechanical engineering, automotive, and construction industries. In the business year 2019/20, the Metal Engineering Division generated revenue of around EUR 2.9 billion through its Railway Systems and Industrial Systems business units, of which over 40% was generated outside Europe. With around 13,300 employees worldwide, the division thus generated an operating result (EBITDA) of EUR 301 million.

In its business segments, voestalpine is a globally leading steel and technology group with a unique combination of materials and processing expertise. voestalpine, which operates globally, has around 500 Group companies and locations in more than 50 countries on all five continents. It has been listed on the Vienna Stock Exchange since 1995. With its top-quality products and system solutions, it is a leading partner to the automotive and consumer goods industries as well as the aerospace and oil & gas industries, and is also the world market leader in railway systems, tool steel, and special sections. voestalpine is fully committed to the global climate goals and is working intensively to develop technologies which will allow it to decarbonize and reduce its CO2 emissions over the long term. In the business year 2019/20, the Group generated revenue of EUR 12.7 billion, with an operating result (EBITDA) of EUR 1.2 billion; it had about 49,000 employees worldwide.