Completing the general renovation of Blast Furnace A has brought the voestalpine Steel Division a further step towards increasing energy and resource efficiency at its steel production site in Linz. After a 111-day period for repairs, the furnace, in which two-thirds of the entire annual pig iron volume of five million tons is produced, today successfully restarted operations. At a total cost of around EUR 180 million, the so-called relining project involved completely replacing the extremely wear-resistant interior lining of the blast furnace, as well as modernizing all other facilities used in operating the blast furnace. At around the same time, interim repairs were carried out on one of the two blast furnaces in Leoben-Donawitz.

The comprehensive upgrades to Blast Furnace A are important in safeguarding the future of the site in Linz, and that of its about 11,000 employees, for the coming decade. At the same time, the high technical standard of this blast furnace is also the basis for supplying our processing sites with high-quality steel grades.

The relining of the large blast furnace, originally built in 1977 and most recently extensively upgraded in 2004, was undertaken during the period from June to September 2018 and, in addition to replacing the refractory bricks, included the modernization of all peripheral plant and equipment such as the Cowper stove, gas supply, and dedusting systems. The focus also lay in installing new digital measuring and control instruments. By involving the customers at an early stage and consistently building up a stock of the relevant pre-material supplies, it was possible to deliver as usual during the repair phase. 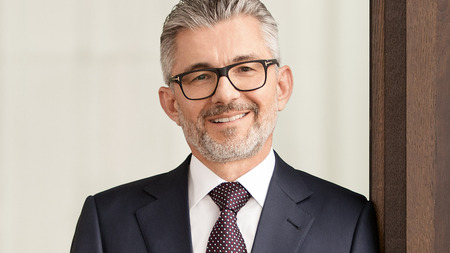 While modernizing Blast Furnace A we upgraded all the process steps to the state-of-the-art in order to achieve even better results in terms of resource conservation and material consumption. We are doing this by using completely new digital capabilities as well.

The applied technologies include 3D radar to determine the optimum distribution of raw materials and automated temperature measurements within the blast furnace. Around 160 employees in the core voestalpine team worked to prepare and realize this major project, while at the same time a total of 1,000 people were employed at the site for over a year. Special simulation software which mapped all the plant and equipment as well as process scenarios was used to plan the relining. In future this tool will also be used during ongoing operations at the blast furnace.

Interim repairs to the blast furnace in Leoben-Donawitz

Parallel to the major project in Linz, one of the two blast furnaces belonging to the Metal Engineering Division in Leoben-Donawitz also underwent interim repairs. After 64 workdays, the furnace, which is responsible for around half of the 1.5 million tons of annual pig iron production at the Styrian site, returned to normal operations this week. The costs for the repairs, which are routinely undertaken on each of the two furnaces at the site once every four years, amounted this time to the comparatively low sum of EUR 14 million.

As the largest Group division in terms of revenue, the voestalpine Steel Division has attained quality leadership in highest quality steel strip, as well as a global leading position worldwide in heavy plates for the most sophisticated applications and complex casings for large turbines. The division is the first point of contact for major automotive manufacturers and suppliers when it comes to strategic product developments, and offers support to its customers around the world. It is also one of the most important partners to the European white goods and mechanical engineering industries. The division produces heavy plates for the energy sector which are used in the oil & gas industries and for renewable energies, for applications in extreme conditions, for example, for deep-sea pipelines or in the permafrost regions of the world. The division operates the world’s most advanced direct reduction plant in Corpus Christi, Texas, USA, producing highest quality pre-materials for steel production, for its own and external requirements. In the business year 2017/18, the division generated revenue of EUR 4.8 billion and reported an operating result (EBITDA) of EUR 908 million. It has around 11,000 employees worldwide.

In its business segments, voestalpine is a globally leading technology group with a unique combination of material and processing expertise. voestalpine, which operates globally, has around 500 Group companies and locations in more than 50 countries on all five continents. It has been listed on the Vienna Stock Exchange since 1995. With its top-quality products and system solutions using steel and other metals, it is one of the leading partners to the automotive and consumer goods industries in Europe as well as to the aerospace and oil & gas industries worldwide. voestalpine is also the world market leader in turnout technology, special rails, tool steel, and special sections. In the business year 2017/18, the Group generated revenue of around EUR 13 billion, with an operating result (EBITDA) of almost EUR 2 billion; it has around 51,600 employees worldwide.