voestalpine Nortrak on route to success in the NAFTA region

Over the past century the US rail network has shrunk in length from 400,000 to 250,000 km. However, this trend was reversed around the turn of the century with greater environmental awareness, higher gas prices, growing freight volumes, and a significant degree of political will all leading to a new railway boom in North America. This offers a promising future for companies well-positioned in the market. Companies such as voestalpine Nortrak.

Largest company in the USA

voestalpine Nortrak is the largest voestalpine company in the USA, and is the leading provider of trackwork components and turnout systems in the USA and Canada with around a third of market share.

voestalpine Nortrak currently has more than eight production locations in the NAFTA region, seven of which manufacture turnouts. Working in partnership with GIC Railroad Products USA, in future the company will produce high-performance pre-stressed concrete sleepers for US railways, designed for transporting heavy haul and mixed traffic, as well as for industrial applications and marshalling yards.

Railways in North America are primarily used to transport freight, and particularly raw materials. In contrast, passenger transport on long distance routes was almost a thing of the past. The increased numbers of time-consuming security controls introduced at airports in the past years is again making the railway a more attractive alternative for long distance journeys. However, the willingness to invest in railway systems has failed to match growing freight and passenger transport volumes, and so in the coming years railway network operators will focus on maintaining and extending networks, a development from which voestalpine Nortrak will also profit. The company generates two thirds of its orders in the heavy-duty railway sector with axle loads of up to 35 tons. There is also a high priority for signaling and safety technology, rail materials, and modern maintenance and diagnostic technology. 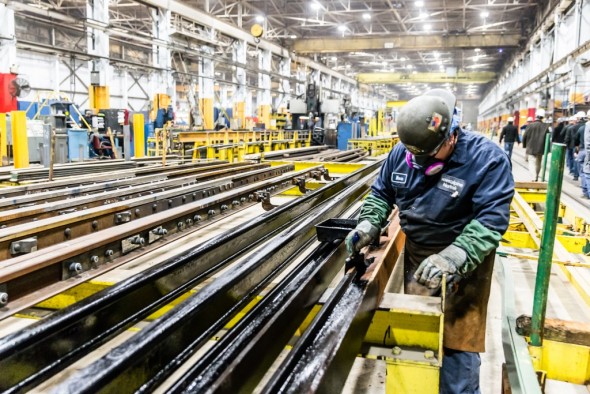 In line with its own economic development, Mexico is also planning to revitalize its railway network. This includes the development and expansion of inter-city links, metro lines (Monterrey), local transport systems (Chalco and La Paz), and a streetcar system in Guadalajara. This opens up a promising future in the domestic market for Nortrak-Damy, the Mexican market leader in turnout construction and a subsidiary of VAE Nortrak North America Ltd. Since 2010 the company has also been bringing European safety standards to Mexico: the new turnout technology for local transit lines meets European UIC specifications.

Over the past years the Metal Engineering Division has consistently expanded its product range and services to meet the needs of the North American rail market. With its promising development and excellent market outlook, North America remains an important focus. 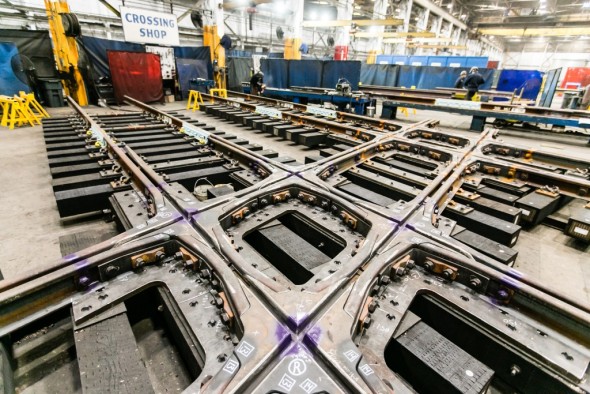