voestalpine in the aerospace industry 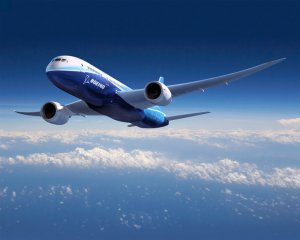 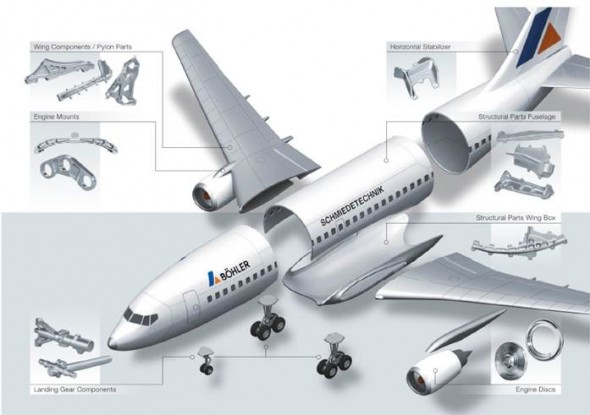 BÖHLER Schmiedetechnik has become indispensable for the aerospace industry. Their high-quality forgings can be found in some of the most important aircraft production programs. BÖHLER Schmiedetechnik works closely with the aviation and aerospace industries as a development partner and supplier. For example, it supplies airplane parts to Airbus and Boeing, such as engine disks, engine connections, engine mounts, parts for the fuselage, and the so-called center wing box, an important part of an airplane where the wings are mounted.

Here is an example for a forged component and the force that is exerted on it. A titanium forged component weighing about 70 kg is designed to attach the engine to the pylon (the connecting part between engine and wing). It must withstand a sheer force of 115.300 lbf—more than 200,000 HP—while at the same time being as lightweight as possible.

BÖHLER special steel and alloys based on nickel and cobalt can be found in high-performance components in cells and airplane engines. They satisfy the high quality and reliability requirements that major aircraft manufacturers expect their suppliers to meet. For example, materials by BÖHLER Edelstahl are used by Airbus and Boeing in all their aircraft models. For Böhler Edelstahl, the aerospace business field is a growth area and has been since the 90s, when it began with its first deliveries to Airbus in Germany. Due to investments and resulting additions to the product portfolio, the last 14 years have seen average growth of around 14 percent per year.

BÖHLER Bleche is a specialist in the manufacture of cross-rolled special steel sheets and plates. By consistently developing its product portfolio, it has become a reliable partner for the aerospace industry. As a result, BÖHLER Bleche is being considered as a potential supplier for Airbus’s new programs, such as the A320neo and the A330neo product lines. In the aviation industry, special attention is being paid to future developments regarding steel- and nickel-based alloys. This is particularly important against the backdrop of the rapid development of composite materials. A composite material is a material made of two or more constituent materials. The percentage of composite materials increases with each newly developed aircraft model.

Special sections by Böhler PROFIL GmbH for the aviation industry

With more than 5,000 different special section forms, Böhler PROFIL is one of the most experienced providers of section steel worldwide. Production includes rolled and drawn special sections as well as steel bars. In the aviation sector, Böhler PROFIL is currently focusing on sealing sections for the cargo compartment hatch, guide way sections for the landing flaps, turbine ring profiles, turbine blade profiles, and fastener rails in cargo planes for the fixation of containers.