Significant success for voestalpine Signaling China, a Railway Systems Group company: The opening of Line 4 of the Kunming metro has made the new axle counting system UniAC[2] known nationwide.

Line 4 of the Kunming metro network was designed to carry the highest volumes of passengers. The 43.4 kilometer line with 29 stations connects the high-tech industrial development zone in the northwest, the city center, the technological development zone in the southeast, and the new Chenggong District. The journey from one end to the other takes one hour and 17 minutes. Plans are to have a six-minute tact during rush hour.

A Success for voestalpine Signaling China: Metro Line 4 in Kunming 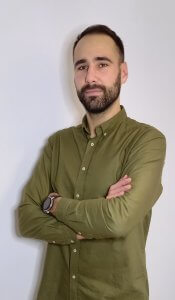 The expert Krzysztof Michalak trusts in the new UniAC[2] system.

This is the first time the newly developed generation of the UniAC[2] axle counting system could be used. “The axle counter’s reliable indication of whether a track section is occupied or not is the basis for reliable and safe rail operations,” explains expert Krzysztof Michalak. “While existing systems are based on several types of modules, UniAC[2] relies on a single multifunctional universal module developed with the future in mind. The innovative front panel display clearly shows system status information at a glance.”

According to Austin Zhang, sales employee at voestalpine Signaling China, the challenges facing this mass transit project included the extremely short preparation time and having to respond rapidly to ongoing project changes. “Within half a year, we were able to implement all steps—from project planning to the test phase,” comments Austin Zhang on the time restrictions that were met thanks to a high-performance automatic test platform for the axle counting system.

The highly motivated employees of the voestalpine technical service team deserve special mention for the successful completion of the project. On the one hand, the team of axle counting specialists from the subsidiary in Sopot, Poland provided valuable support; on the other hand, the team on site also had to overcome countless on-premises challenges. Austin Zhang: “To ensure that the project ran smoothly, our employees were on the job practically day and night—despite the difficult circumstances caused by the pandemic.”

Line 4 of Kunming Metro (China) has a length of 43.4 kilometers.

Austin Zhang, Sales, voestalpine Signaling China. We were faced with the tightest schedule for a signaling project in the history of building the Chinese metro. The pandemic meant we had to respond even faster—and this has given us valuable experience for future projects. And certainly, the most important aspect is that thanks to our good performance we have significantly increased awareness of UniAC[2] throughout the country.

UniAC[2] from voestalpine Signaling is a flexibly adaptable and configurable axle counting system that meets the highest levels of safety and reliability. The system can be based on a central structure or is set up decentralized next to the tracks in order to shorten the cable length between the wheel sensor (the external equipment) and the axle counting system (the internal equipment) to optimize costs. More information at: https://www.voestalpine.com/railway-systems/en/products/uniac2-axle-counter/