voestalpine equips the Doha Metro in Qatar with turnouts and drives

voestalpine VAE GmbH is supplying the Doha Metro in Qatar with 224 turnouts and drives. The world's largest rapid transit system involves the construction of three metro lines, and will be completed in time for the 2022 football World Cup.

The desert climate of Saudi Arabia with its typically harsh environmental conditions demands special railway system solutions. The highly durable, high performance turnouts and drive systems produced by voestalpine VAE GmbH, the global market leader in turnout systems, have demonstrated their ability to withstand these stresses, and convinced the customer. The first deliveries of turnouts and drives have already started and will be completed by April 2017. The three metro lines in Doha will be fully available by the start of the football World Cup in 2022, providing access to all the sporting venues.

Mitsubishi Heavy Industries, Ltd., a partner to voestalpine VAE GmbH for many years, commissioned the world’s largest railbound rapid transit system. Several complex projects have already been successfully undertaken together with the Japanese company, including a high-speed project in Taiwan and a suburban traffic project in Kuala Lumpur. The new order in Doha demonstrates Mitsubishi’s confidence in the voestalpine Group’s tailor-made technical solutions, innovative products and proven reliability. 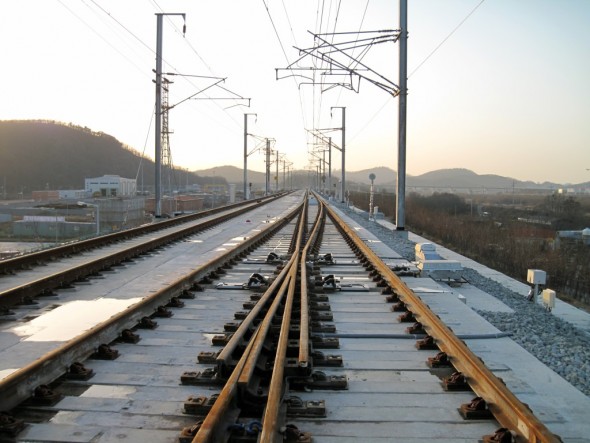 Partner Thales Canada Inc., part of the Mitsubishi Heavy Industries consortium responsible for signaling technology, also turned to proven voestalpine VAE Group know-how in this field. The highly resistant drives produced by voestalpine SIGNALING Sainerholz are of the high material quality and protection class needed to withstand the operating stresses of temperatures reaching 50°C and sea air, as well as being dust-proof and absolutely waterproof. Reference projects with Saudi Railways and the Riyadh Metro in Dubai were key to winning the order.

voestalpine VAE GmbH is also strengthening its service activities on the Arabian Peninsula by offering a complete range of services related to turnouts and signaling technology components at the local production sites in Saudi Arabia, not only for the Metro in Doha, but also the entire Arab region.