voestalpine delivers and installs the first system turnouts in Australia

voestalpine VAE Railway Systems Pty. Ltd. is delivering and installing the first complete system turnouts for not one but two important major orders in Australia. These two orders highlight the global leadership enjoyed by the voestalpine Group in the railway systems sector.

Reference projects in some of the world’s toughest operating conditions

Australian mine operators are driving up production volumes as a means of offsetting falling coal and iron ore prices. This has the effect of increasing rail traffic involved in transporting the raw materials to the ports for shipping. These freight cars are the heaviest in the world, with an axle load of over 40 tons, but this is not the only factor making Australia’s railway infrastructure the greatest challenge faced by the voestalpine VAE Group: the stresses and strains are compounded by an equally tough climate, and significant soiling of the mechanical parts from ore and coal dislodged during transport. Moreover, absolute priority lies in keeping the tracks operating. That means every part installed into the line must be low maintenance, and function unobtrusively. voestalpine has just the right answer to these demands with its integrated turnout solutions. Two important orders are now giving the local Metal Engineering Division company the opportunity to prove that its turnouts can withstand the toughest of operating conditions. 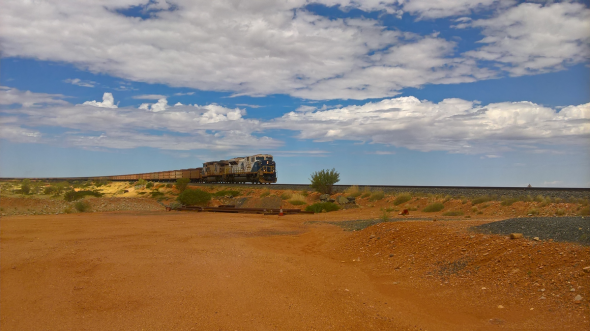 Every available recent innovation, including iFAST PIROLL, ECOGLISS, Kinematic Gauge Optimization, tilted tracks and movable point frogs, have been packed into the system turnouts. Of particular note are the hydraulic drives produced by the SIGNALING Group in Germany and Austria. Although these installations have proven their individual worth in projects all over the world, this is the first time these technical solutions have been bundled in a single turnout, bringing together the best of voestalpine VAE Group system turnouts. 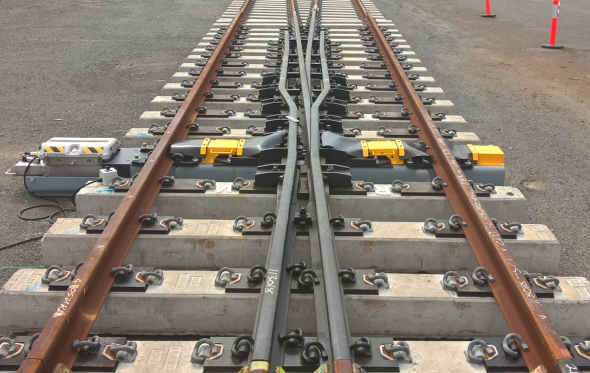 Cooperation across companies is the key to success

Cooperation across the entire voestalpine Metal Engineering Division has allowed this customized solution to be offered from a single source. Local company voestalpine VAE Railway Systems Pty. Ltd. is offering not only locally available expertise but also key competences from other voestalpine Group companies: extremely robust special rails produced by voestalpine Schienen GmbH in Donawitz, hydraulic drives manufactured by the voestalpine SIGNALING Group in Austria and Germany, and a design in which the construction department at VAE headquarters in Zeltweg has played a major role.

It is the synergies between the group divisions and the commitment of all those employees involved which have resulted in this form of system turnout and the capacity to secure major orders such as this.