China's new Silk Road is the OBOR, a network of rail links designed to connect today's People's Republic with Europe and beyond.

Caravans on rails and at sea

“One Belt, One Road” (“yi dai yi lu”), or OBOR, is the new name of the old caravan route. It stands for expansion of the sea routes to South Asia and Europe, but primarily for a network of new rail connections. Both involve extensive investment projects along the land belt and sea route. German news magazine DER SPIEGEL calls this initiative, instigated by Chinese president Xi Jinping, the “largest economic stimulus program since the Marshall Plan.”

The OBOR parameters are impressive:

The new Silk Road will be both a transport and political network. For the Chinese economy it brings new geopolitical connections, including those to the European market and its economies.

“Half as expensive, twice as fast”

This rule of thumb summarizes the advantages which the rail connections offer users of the expanded freight network: rail transport costs are around half that of air freight. And compared with shipping, rail transport times are twice as fast. voestalpine has been using the rail option since 2015 when it needs to send scheduled freight via the more punctual 11,000 km rail link to China.
The Chinese leadership regards this transport option as a supplement to air and sea freight, and have made it part of its Chinese “Go West” strategy. A key goal of the OBOR project is investment and joint trade, and this includes a closer rail connection with Europe.

The OBOR rail connections are being extended via a network of conventional high-speed lines (HSL). They include the HSL Bulgaria-Xinjang (Eastern China), the HSL Beijing-Moscow, and the route China-Singapore via Laos, Thailand, Malaysia (connecting the Gulf of Thailand to the Chinese rail network), and many more.

Historically, the Silk Road has always been a channel for the exchange of ideas and philosophies. The extent to which the new network will mirror the communicative function of its forebear remains to be seen. 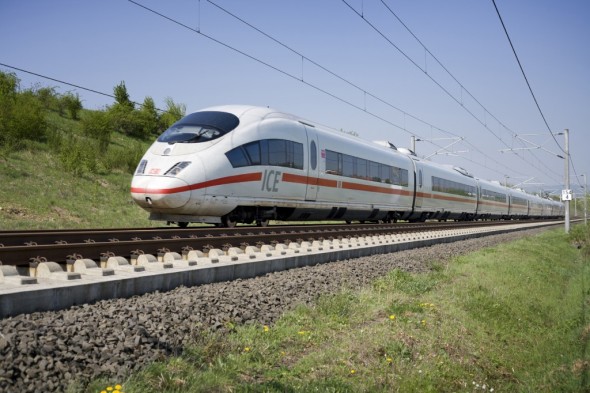 Information Embassy of the People’s Republic of China in Germany