The environment and the electric vehicle 3 minutes spent reading
Automotive

The environment and the electric vehicle

Electromobility is one of the top trends of our time. But how environmentally friendly is it?

In principle, an electric motor is better able to convert power (electricity from its onboard battery) into motion than can combustion engines. That makes it environmentally friendly. Advanced electric motors, such as the models used in the Formula E racing series, are 92% efficient. Once battery losses and similar are taken into account, a good 85% of the applied power is available to drive the vehicle. Modern combustion engines are around 25% to 40% efficient under high loads, whereas at lower loads (city traffic) this can fall to as little as 5%.

With respect to energy efficiency, expressed in CO2 emissions per kilometer driven, opinion is divided into two camps. Sometimes numerous studies appear to support proponents of electromobility, while others then agree with defenders of the modern combustion engine. Here the framework conditions which are taken into account are decisive, including vehicle age, traffic situation, calculation basis (from the filling station/plug or from the oil source/power station?). When it comes to electromobility, the opinion is frequently expressed that electric drives are not currently viable from an environmental viewpoint. The claim is based on current methods of power generation in which a large share of electricity is generated from fossil sources (coal, gas, oil).

Yet experts vehemently refute this myth. On electrive.net, the industry service for electromobility, environmental analyst Eckard Elmers from Trier University has determined that electric vehicles are already more environmentally friendly than combustion engines over their entire life cycle, even with the current electricity mix. These advantages become even more pronounced when the share of green electricity rises. 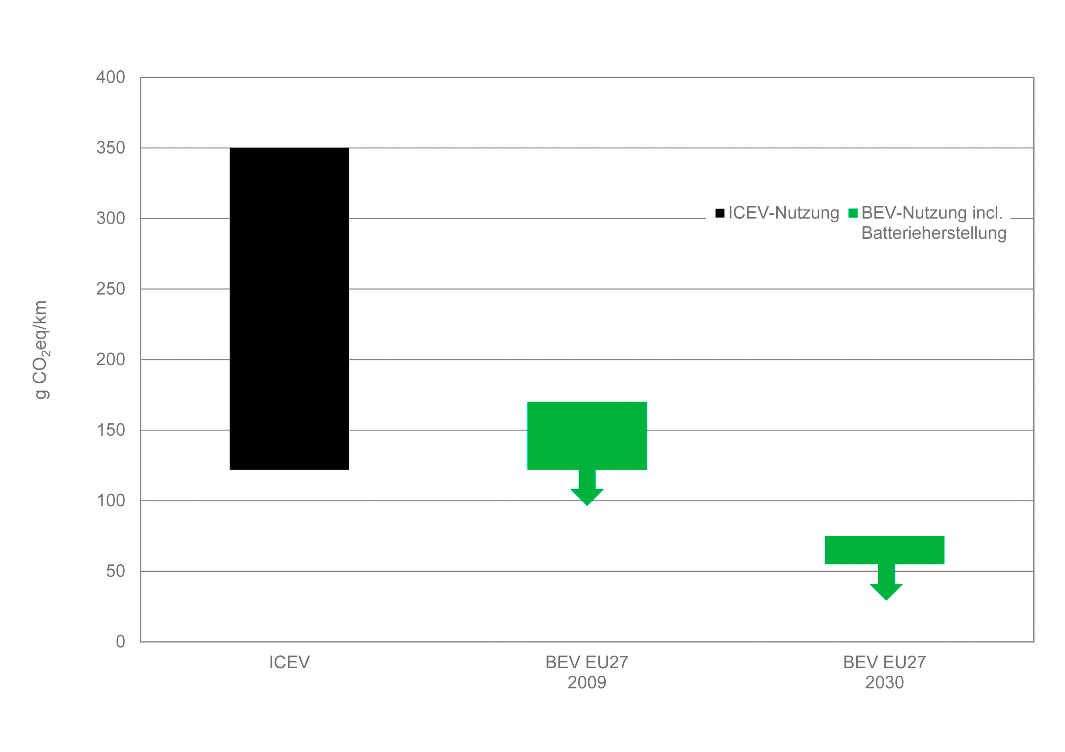 Elmer’s study makes clear that electric vehicles were able to compete with the most efficient cars driven by combustion engines even as early as 2009. In view of the growing share of sustainably generated electricity, and options for the subsequent stationary use of BEV batteries (so-called second use), this advantage is noticeably enhanced. As an additional positive effect, reducing the share of diesel-powered cars in favor of BEVs would help to reduce particulate emissions—this would be perceived as a clear advantage, especially in cities. Certainly improvements are still needed to some of the framework conditions for electric vehicles (range, charging infrastructure). But it is evident that electromobility increasingly offers environmental advantages.

More about e-mobility at voestalpine