The idea of the 560-ton Airbus A380 having a “take-off weight” is astounding. How is it possible for such a heavy colossus to take off and fly thousands of kilometers through the skies with elegance and ease?

The solution lies in the wings, or more precisely, in their profile. They are designed so that air flows over the top of the wing at a much faster speed than it does underneath. This creates suction which draws the wings and aircraft upwards, enabling the hugely heavy construction to effectively “stick” to the air passing above, and creating what we call lift. However, this can only occur when the aircraft reaches the required speed on the runway and then takes off. 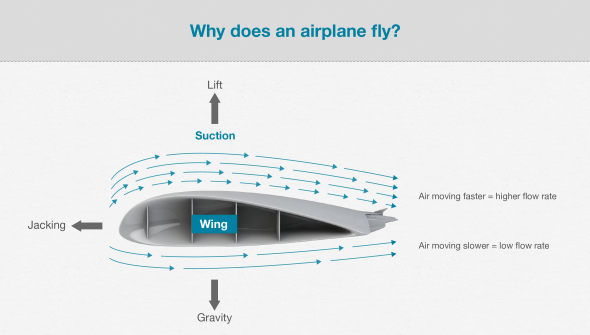 Lift—the power of the wings

The 845 m² of surface area on the wings of the A380 ensure sufficient lift. During the start the enormous forces to which the wings are subjected becomes apparent: their tips can rise and fall by as much as two meters. These forces must be counteracted at the point where the wings attach to the fuselage—and this is where the expertise and experience enjoyed by the specialists at BÖHLER Schmiedetechnik GmbH & Co. KG come to bear. Structural parts in the center wing box—the section of the fuselage to which the wings are attached—are formed on the screw press in Kapfenberg in Styria. They include the side load fittings for the Boeing Dreamliner.

Speed—the power of the engines

However, there can be no lift without propulsion; speed is a major factor in the miracle of flying. The connection between the engine nacelles and wings is strengthened by components made by Böhler companies. The engines exceed the height of a fully grown man and must reliably withstand both high pressures and high temperatures.  Here turbine blades from Böhler PROFIL GmbH and turbine rings from the voestalpine Roll Forming Corp. in the USA provide the necessary thrust. Ongoing internal and external quality controls ensure that stringent quality requirements are met. The components must withstand rotational speeds of up to 10,000 rpm and temperatures of 600 °C and more in order to overcome the forces of gravity.

Gravity—the safety of the undercarriage

High speeds create lift which counteracts the continual force of gravity on the aircraft. When a jet weighing hundreds of tons lands, the undercarriage has to support its weight. Components made from titanium and ultra-high strength steel alloys provide the resistance necessary to withstand these forces. Here again voestalpine companies prove themselves to be reliable suppliers.

The heavier an aircraft, the greater the forces needed to lift it up into the air and keep it airbound. That means greater fuel consumption. This is a mass with consequences: if one kilogram of weight were removed from every passenger aircraft in the Lufthansa fleet, this would reduce annual kerosine consumption by 25 tonnes—an economic and ecological benefit. Consequently, voestalpine lightweight construction initiatives in this field are extremely welcome. 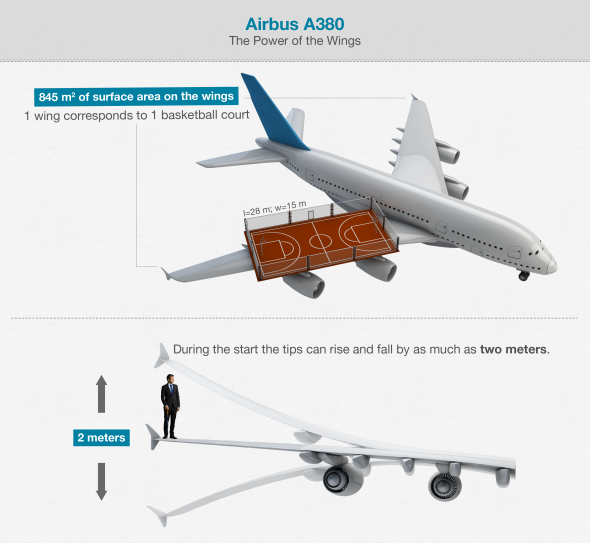