In a few years, millions of electric vehicle (EV) batteries will have to be replaced. What will happen to these electromobility power sources? voestalpine Krems Finaltechnik contributes storage and reuse know-how with its high-bay warehouses.

What happens when your EV battery runs out of power and only recharges to just over three-quarters of its original capacity? Then it is time to replace it and let it live a second life elsewhere. There are numerous existing programs and initiatives for developing a complete, sustainable value chain for battery cells, such as the Battery 2030+ EU initiative. And automobile and battery manufacturers are continually establishing battery alliances.
The increasing demand for optimized storage racks for EV batteries is another field of activity for voestalpine Krems Finaltechnik, a global specialist for high-bay warehouses.
Auch für die voestalpine Krems Finaltechnik, weltweit Spezialist für Hochregallager, ist der steigende Bedarf an optimierten Lagerregalen für Antriebsbatterien ein weiteres Betätigungsfeld.

Before it goes into storage, however, the EV battery spends its first life fulfilling its primary function in electric cars. But after approximately 100,000 kilometers, which equates to about eight to ten years of use or around 4,000 charging cycles, it has to be replaced. By that point, the battery loading capacity has dropped to approx. 75 to 80 percent. Even though that is no longer good enough for electromobility, it offers sufficient capacity for practical (intermediate) storage of large quantities of electricity. Second life is the name of the next phase for EV batteries. 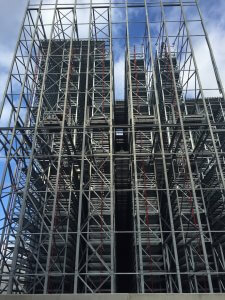 Use of batteries in storage parks

Thousands of EV batteries spend their second life in battery parks where energy is stored—primarily from renewable sources (e.g., photovoltaics and wind power)—and released again when needed, for example during power peaks or to stabilize the grid. Daimler AG and its partners in Lünen, Germany, are a good example. In a storage project that has been running for two years now, around 1,000 lithium-ion batteries from electric Smart cars have been providing a total capacity of 13 megawatt hours—enough to cover the electricity requirement of an Austrian household for about three years. Their power offers additional economic advantages, because primary control power (electricity to compensate for short-term grid fluctuations) from these parks can often be sold to grid operators at very good conditions.

voestalpine Krems Finaltechnik has already proven its know-how in many areas with its application-optimized rack solutions in high-bay warehouses, from frozen food logistics to car tire logistics. The high-quality voestalpine warehouse structures with significantly more than 100,000 storage locations can easily handle pallet weights of more than 1,000 kg. From a technical point of view, the company is ideally equipped to handle a load of 1,000 battery packs plus control electronics.
voestalpine Krems Finaltechnik has many years of experience in the construction of temperature-controlled, well protected high-bay warehouses.

"This gives OEMs who want to follow this new trend in the electricity storage market together with us a considerable advantage. Because just like in electric vehicles, the new ‘stored’ battery requires optimum operating conditions in terms of connectivity, ambient temperature, and fire protection in its second use phase in storage parks." 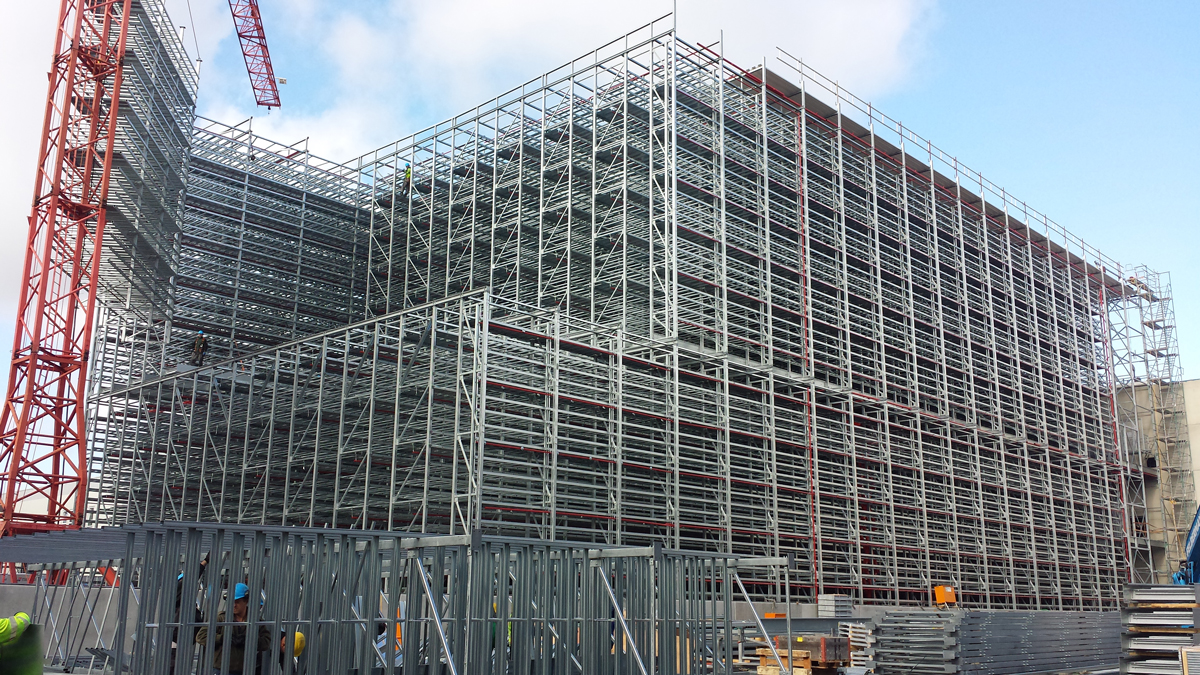 EV batteries contain valuable substances. After their first life in vehicles and their around ten-year second life in stationary storage, their raw materials are recycled. In 2018, the BMW Group, Northvolt, and Umicore formed a technology consortium in order to work closely together on the continued development of a complete and sustainable value chain for battery cells. The Volkswagen Group is currently setting up a pilot plant for battery recycling that will make it possible to recycle 72 percent of all raw materials—the long-term goal is nearly total recycling of raw materials. Modern recycling processes expect to soon see a recovery rate of 95 percent—especially for the strategic raw material lithium.
These high values will have a positive impact on the life cycle assessment (LCA) of electric vehicles. But there is still not enough practical experience—it will take at least 10 to 15 years before the beginning of a noteworthy second life era, when more e-vehicles are on the road and have been in operation for a decade. 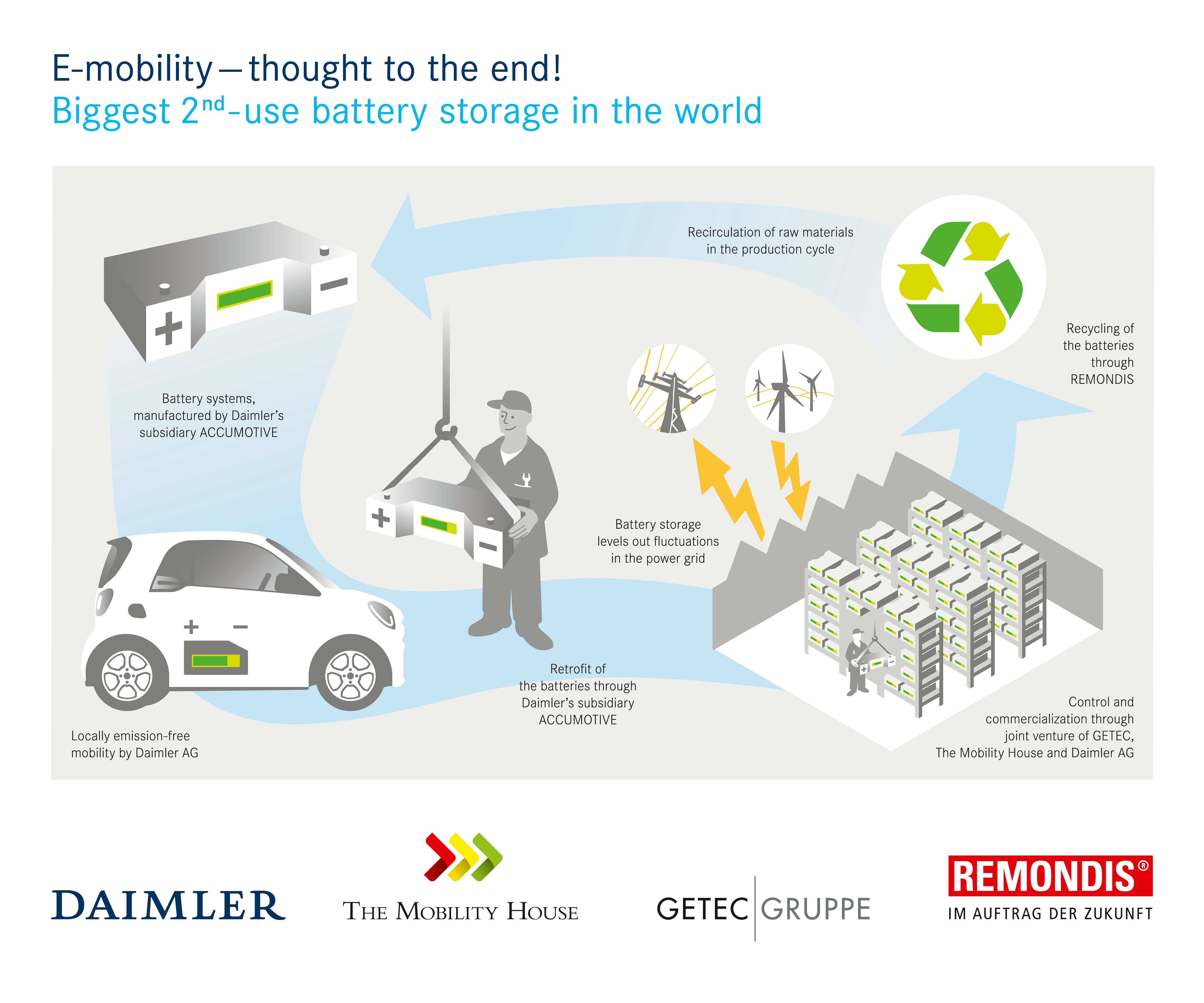