This year’s Fashion Week in Stockholm was opened on January 29, 2017. Right at the start, the Swedish designer Naim Josefi presented his new collection. The highlights of his show were the dresses made of steel with which he is bringing a small revolution to the world of fashion. In doing so, the designer relies on the quality and the know-how of voestalpine Precision Strip AB, which produces precision strip steel in the Swedish town of Munkfors and sells it via a sales office in Karlstad. Normally, very thin strip steel branded “uddeholmstrip” is produced here, which is used for razor blades, scalpels or valve flaps. However, the material can also be used for other purposes, as is proven by Naim Josefi with his “Steel Dress”.

As is the case for voestalpine, innovation and technology play an important role in Naim Josefi’s work.

"It is an extreme challenge. I am a constant innovator and to succeed with innovation within fashion is a fantastic satisfaction – it’s like an accelerating feeling in my whole body."

The idea of working with steel elements when creating his dresses is based on Naim Josefi’s project “Steel Shoe” where he designed a pair of 3D-printed shoes made of steel which were worn by Lady Gaga. Due to the great experience he had with the material, he decided to also make a dress with steel. 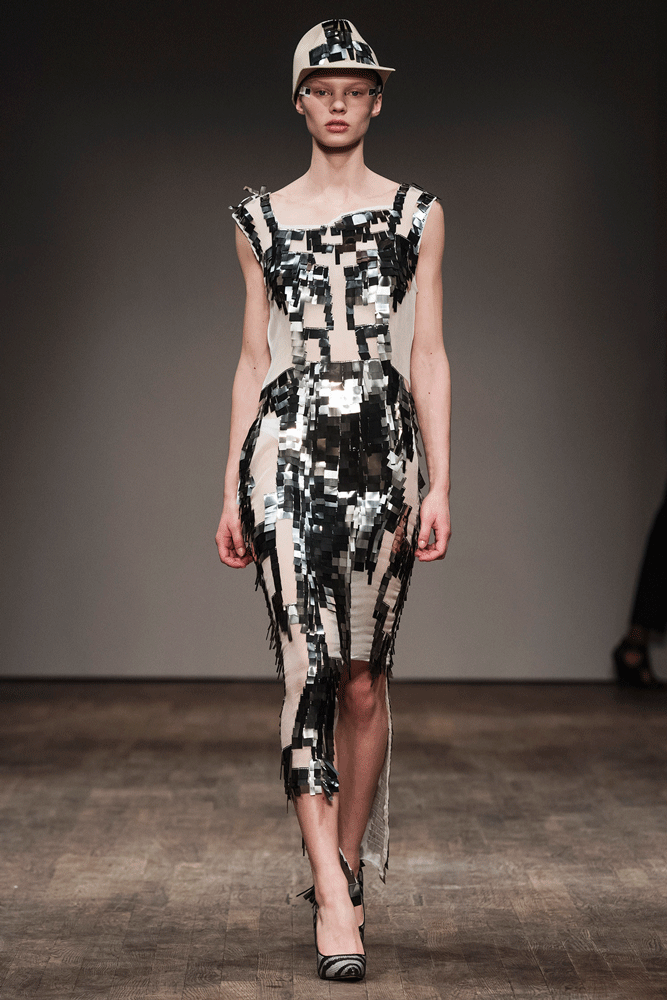 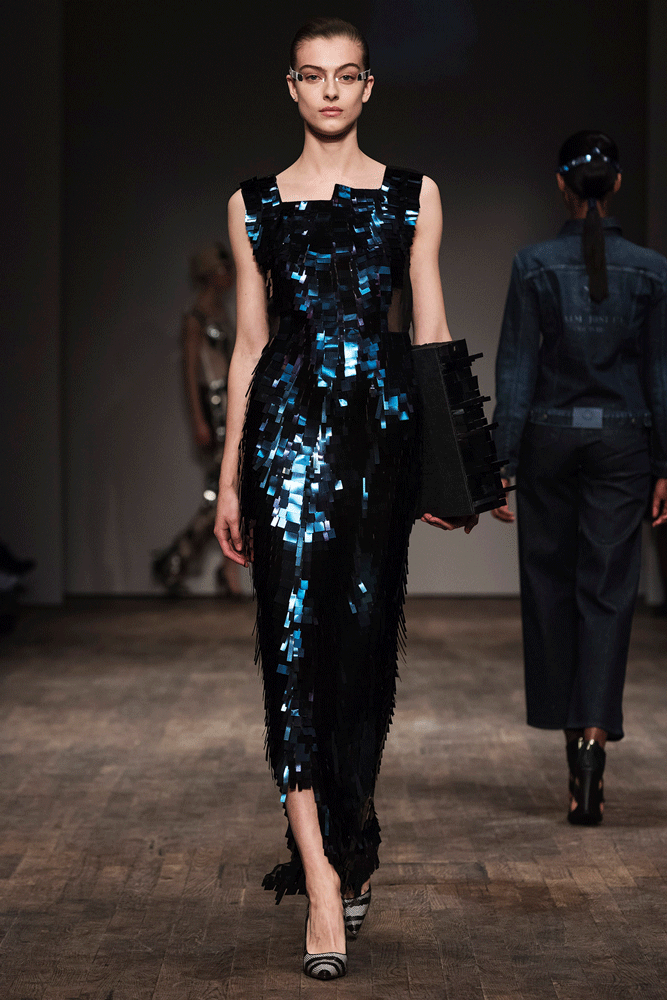 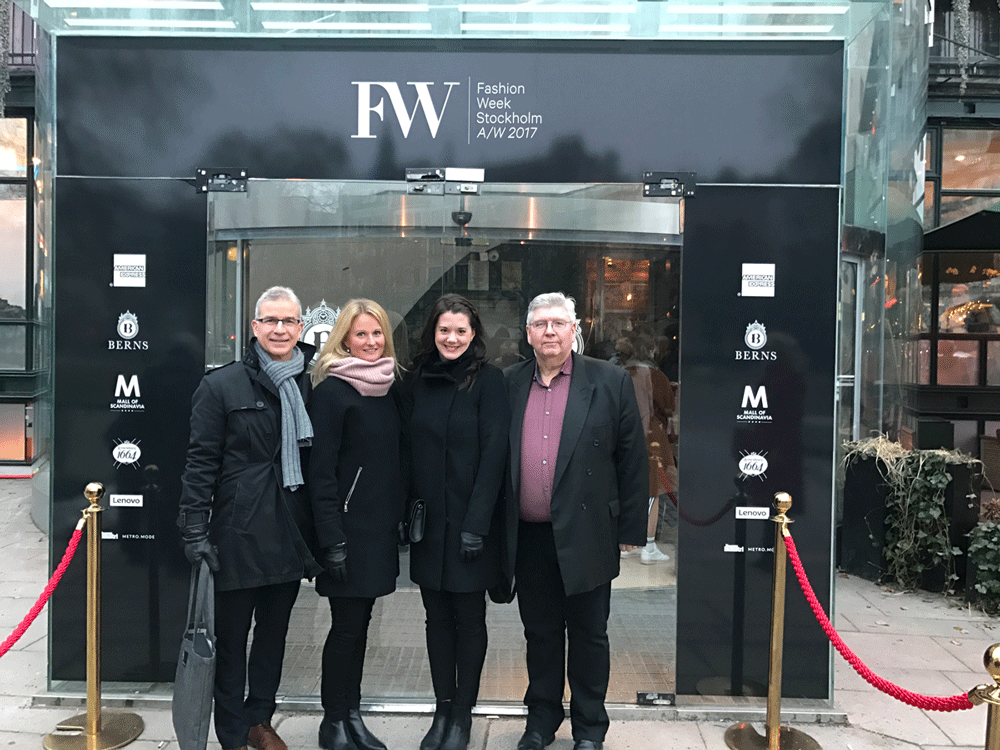 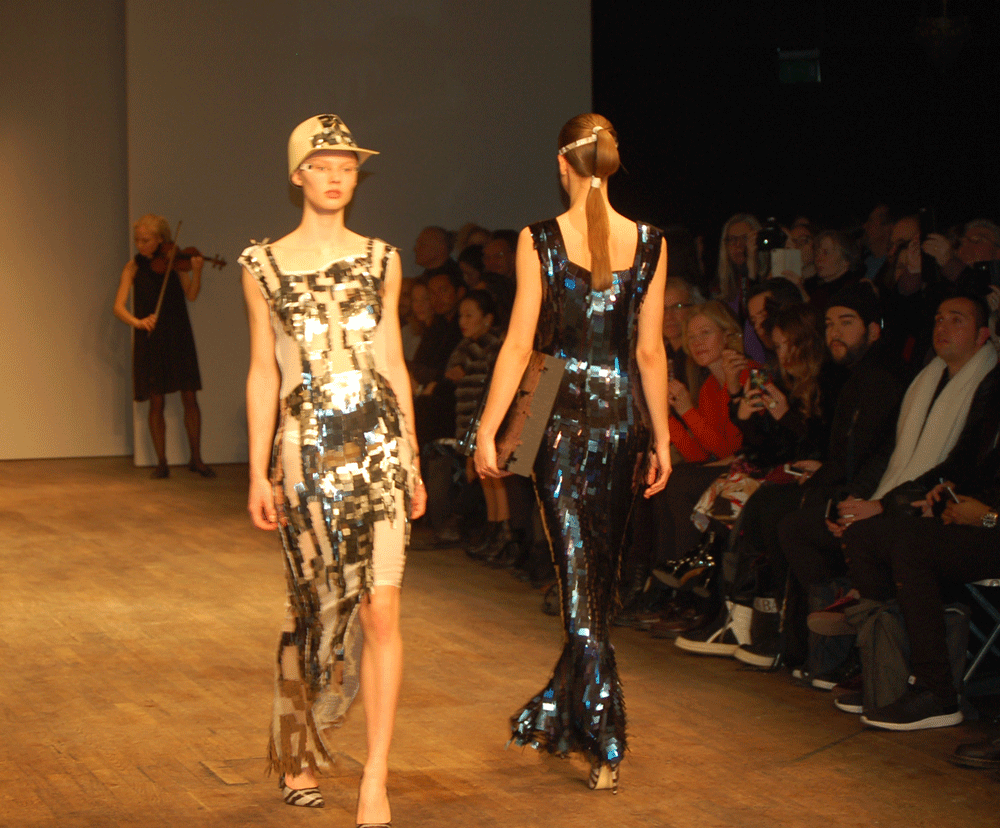 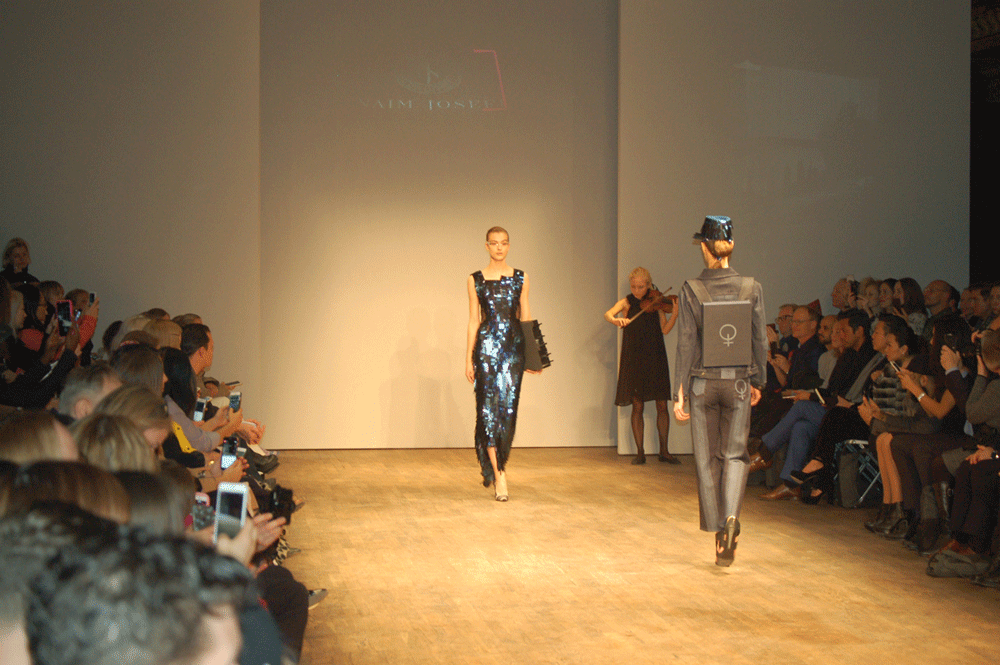 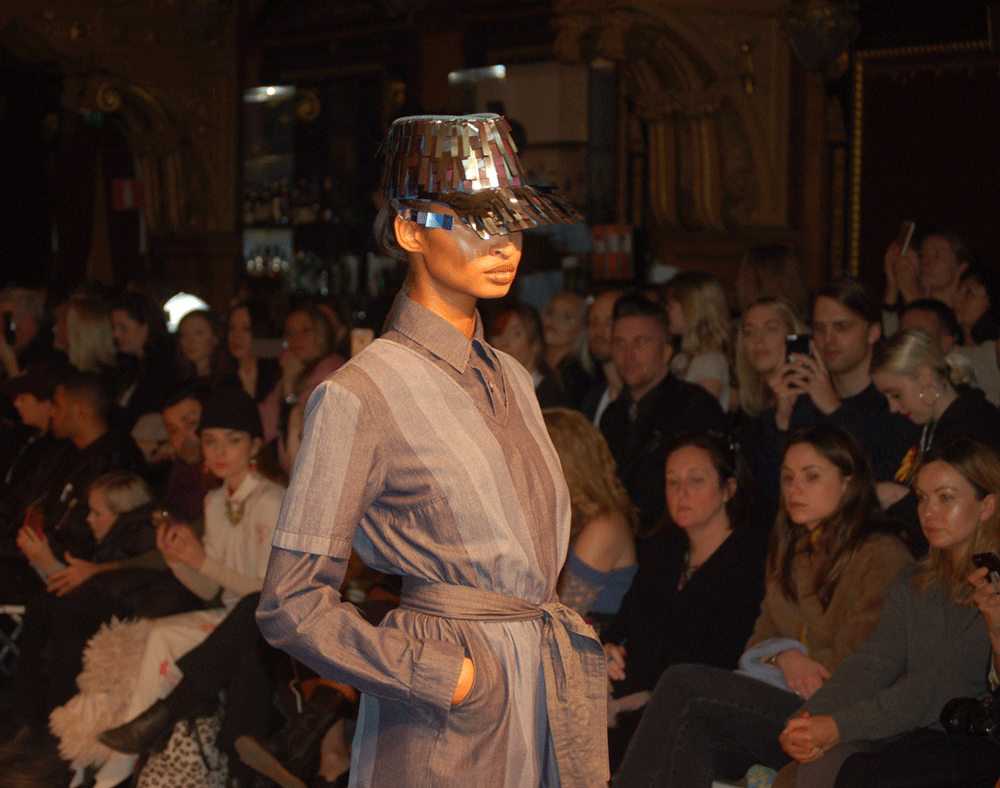 Blue Steel Dress as a Highlight at the Fashion Week

The voestalpine developers in Munkfors were approached via “Jernkontoret“, the Swedish steel industry’s special interest group, and asked to provide some particularly thin strip steel patterns for the designer. He was so enthralled with the material that he expanded his concept and decided to use several shades of blue. Through a series of oxidation experiments, researchers in Munkfors were able to color the 0.022 mm thin steel strip in different shades of blue. The designer was so happy with the result that he made it the centerpiece of his collection at the Fashion Week. In addition, voestalpine Precision Strip also provided steel elements for two other dresses in black and white.

The innovative collection that was brought to life with the help of voestalpine did not just impress the visitors at Stockholm Fashion Week, but will surely also impress the rest of the fashion world.

The future of the new garment in the fashion world can thus be eagerly anticipated. Bahar Pars, leading actress of the Oscar-nominated film “A Man Called Ove”, stepped on the Academy Awards red carpet dressed in 6,000 voestalpine steel sequins. Read more at the Jernkontoret website 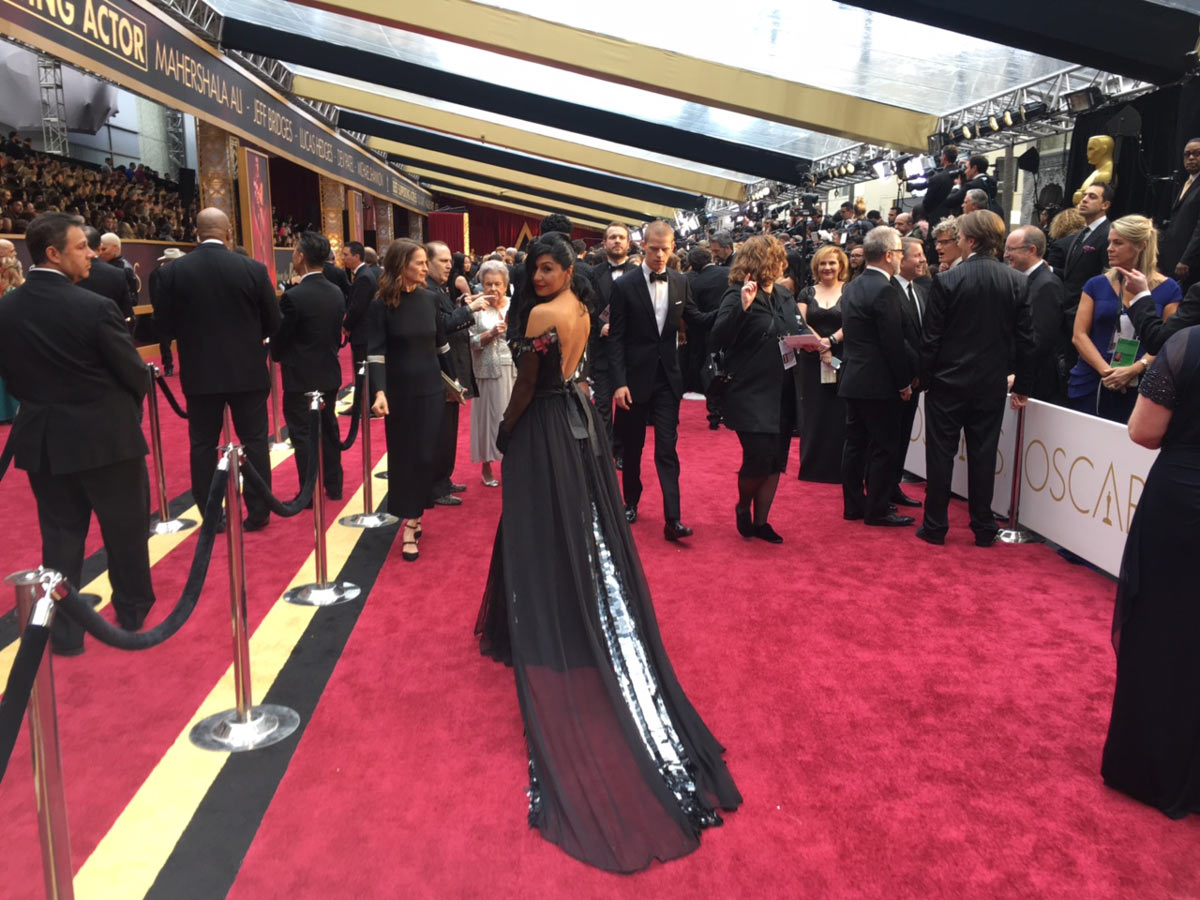 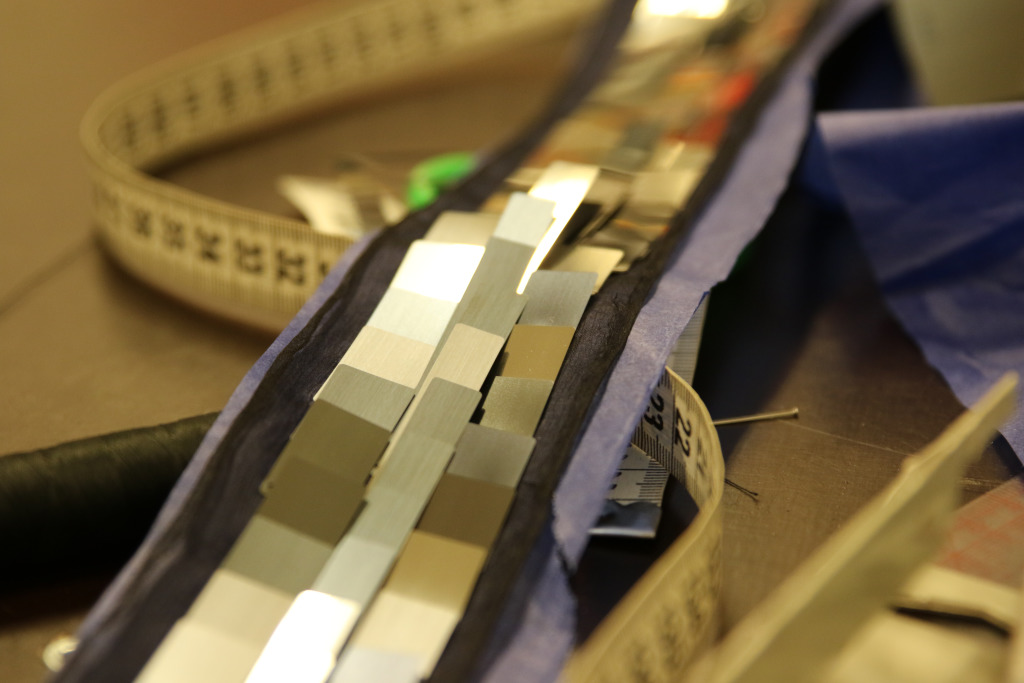 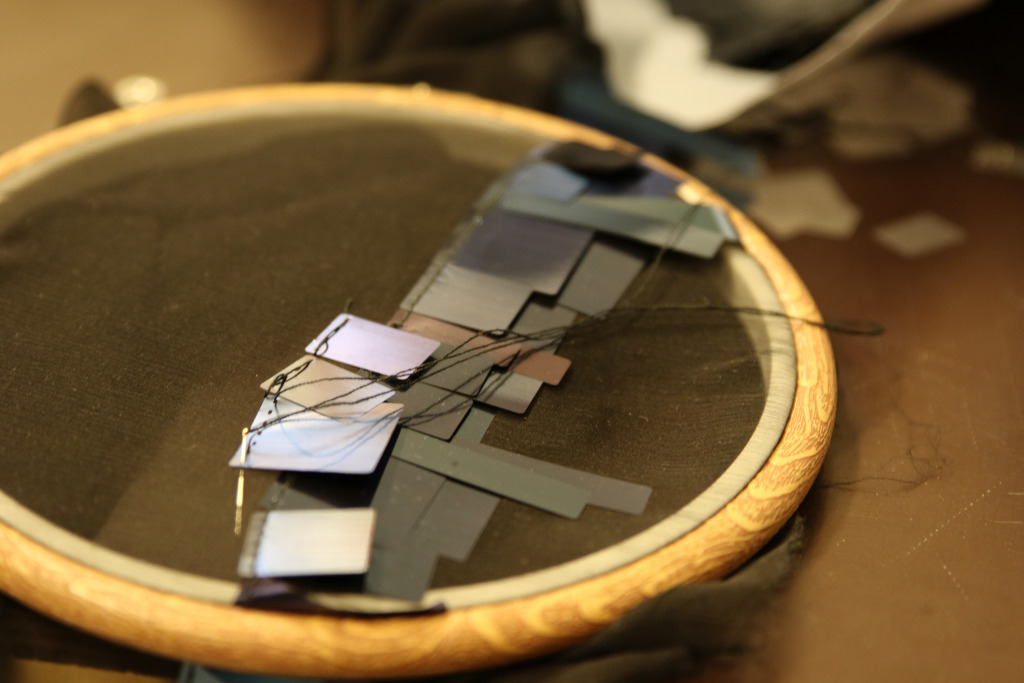 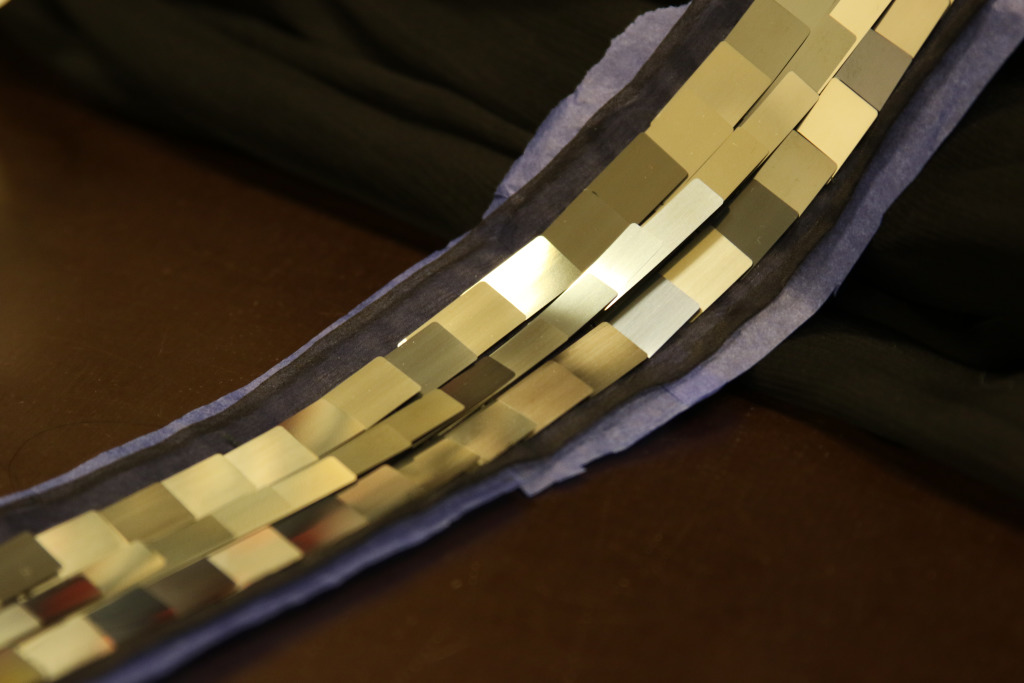