The greatest story possible … an interview with author Oliver Spiecker

Of the imagination, omissions, and the biggest orchestra the world has ever seen: an interview with Oliver Spiecker, private poet, event organizer, and author of the voestalpine Klangwolke 2013. Bruckner as the theme of the voestalpine Klangwolke 2013. What made you think of that?
A long period of reflection. Initially I had no idea, just great respect for all the Klangwolke events of the past 30 years and more. I had always been aware of the event. Then suddenly it was there, the key figure—Anton Bruckner. He’s a hero in Upper Austria and Linz, as well as a disturbed personality who experienced exultant highs and tragic lows. A farmer’s boy, who becomes a giant of the music world, both ridiculed yet simultaneously celebrated. That is the greatest story one can possibly tell outside the Brucknerhaus.

How did you approach the subject of this musical giant?
I read a lot; a range of biographies, newspaper quotes, reviews of his concerts, and spent the last summer listening to Bruckner’s music. Now I have a pile of Bruckner-related books, leaflets, CDs, and DVDs in my Berlin studio a meter high. That was the intellectual work; but I also wanted to feel him, and so I drove to St. Florian, for example, where I was given a guided tour through the monastery by a Bruckner expert. Just as we entered the basilica on Sunday morning we heard the organ start to a stirring improvisation. Bruckner’s organ! That was just the spirit for my work…

Then you wrote the story, the script for this year’s Klangwolke. How can we envisage the working process?
As a laborious process with many stages. First the research, checking sources because some statements are contradictory, then the rough draft, the moving back and forth of the various images, and finally the finished script. Bruckner’s life and work is major drama, true Hollywood material—you could write a 13-part series, but the Klangwolke only lasts 60 minutes…

Is that the skill, the omissions and selections?
Yes it is, and there are no instructions on how to do that. I just follow my intuition, even when I have to cut out favorite passages, because sadly, there are better ones. I think constantly in images, have a lively cinema playing in my head. When reading or listening to music, I imagine scenes which I then ‘only’ need to write down. Then I edit them, work through them, examining every detail, with precise ideas about how they should be implemented and the timeline – when a particular text begins, or piece of music starts. Marvelous music, Bruckner has now become a friend for life…

That sounds like very lonely work …
It is, but there are always creative exchanges with everyone involved: the artistic director Hans-Joachim Frey, the choreograph Marc Bogaerts, the director Titus Vadon, the composer Peter Kreuzer, the producer Christoph Winterbacher, and even Anton Bruckner himself—in the form of Harald Serafin. I think he’s the best Bruckner you could wish for. When he read the script and spoke his passages I thought enthusiastically, “ that’s how it must have been!”.

And are you happy with the result?
It’ll be exciting, I hope. And for the first time the Klangwolke 2013 will have its own App: “Bruckner lives!” Anyone can take part—just download the free app and join all the other visitors on  September 7 to become part of the largest orchestra in the world. Smartphones become an instrument for the first four notes of Bruckner’s fourth symphony, and everyone can take part! “Everyone will be Bruckner!” 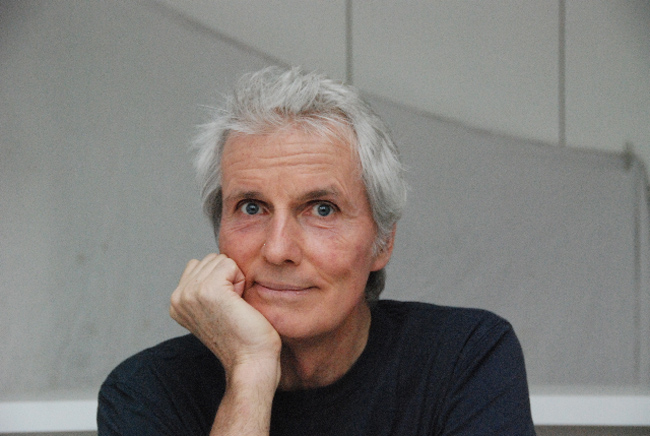 About Oliver Spiecker
Oliver Spiecker dropped out of university at the age of 18 to fulfill his life’s dream of working in radio, TV, and the media. He wrote ideas and scripts for international TV events such as the Eurovision Song Contest, the World Sports Awards from the Royal Albert Hall in London, the Energy Globe World Award from Brussels, or Graz fliegt, the opening event of the Cultural Capital of Europe 2003. He wrote Der Mega-Bass, a biography of Vienna’s world-class opera star Kurt Rydl, and his Malen heißt sich wehren, the biography of Gottfried Helnwein, will appear in October. He is currently writing song texts for Udo Jürgens and his new album. Oliver Spiecker lives in Berlin, on Mallorca, and Bali.
Michael Leithinger