Michael Csoklich
Journalist, commentator, moderator, editor, lateral thinker, aviation specialist. Until the end of 2014 head of the ORF radio business editorial department, 2015 to 2018 head of the course for business journalism at the Danube University Krems, freelance journalist for Aviation Net Online and the Kleine Zeitung.

voestalpine has around 500 Group companies and locations in more than 50 countries on all five continents, and is steadily driving its process of internationalization. However, advancing globalization also brings challenges which international companies active in the global marketplace must overcome.

Globalization polarizes. It has both positive and negative connotations. It is often more felt than understood. What is a worthy undertaking to some, is to others the ultimate threat. Globalization is derived from the word “global,” and thus impacts the entire world. Whether individuals, companies, organizations, or states, the fact is that we are all connected, interlinked, or networked somehow, somewhere, to someone, whether personally, economically, politically, culturally, or otherwise. But as is so often the case, this feeling is relativized when the facts are taken into account. According to John Pearson, CEO of logistics company DHL Express, in an interview given in April this year, only 20% of global economic output is exported. Only 3% of people live outside the country in which they were born. Only 1.3% of all parcels are sent across national borders. Worldwide, investments made by companies in acquiring, establishing, or expanding international business sectors, i.e., economic globalization, account for less than 10% of all capital investments.

Plus, globalization is not a recent phenomenon. All around the world, trading between continents has gone on for centuries, if not millennia. It is true that technical developments have significantly accelerated this process, through the networking and use of data, the expansion of air, ship, rail, and road transport, and the general increasing variety of relationships between countries, businesses, and people.

The first steps towards internationalization

voestalpine’s first steps into the global markets were what you would call unstructured. In the 1950s and 1960s, it was the success of the LD process, or more specifically the opportunities this created, which opened up business for the Group in many countries around the world. Subsequently, it was economic pressure that drove the company into what was then a scarcely structured process of internationalization, and consequently into risky business activities. The economic consequences are well known.

Once its survival had been secured and now reduced to around 15,000 employees, from 1994 onwards, under the leadership of Peter Strahammer, the company focused on high-tech steels and bringing costs under control. In 1995, that was also the story for the IPO: “Highly specialized and efficient high-tech steel producer in Central Europe with preferential access to the—then still new—Central European market and with the Danube as a cost-efficient transport route.” The only foreign production company in the Group at that time was Belgian Sadef NV, a company manufacturing special sections, which was acquired in the 1990s.

This period also saw a project that couldn’t be realized, and whose failure is now regarded as a lucky escape: voestalpine had wanted to acquire the German steel manufacturer Salzgitter. By the end of 1997 the negotiations were complete, and a signed Memorandum of Understanding was on the table. The Supervisory Boards of both companies were due to sign off on the purchase in January 1998, but the German side failed to complete. The reason: former Minister President of Lower Saxony, Gerhard Schröder, had forbidden the sale. Then, as now, Lower Saxony had a stake in Salzgitter greater than 25%. Schröder wanted to win the state elections in spring 1998 before being nominated as the SPD chancellor candidate for the federal elections. Selling Salzgitter to a foreign buyer, it was thought, could have ruined his chances. Schröder’s plan paid off, and he became the German Federal Chancellor. Although the deal’s failure was a huge setback for voestalpine at the time, from today’s viewpoint it was a stroke of luck. 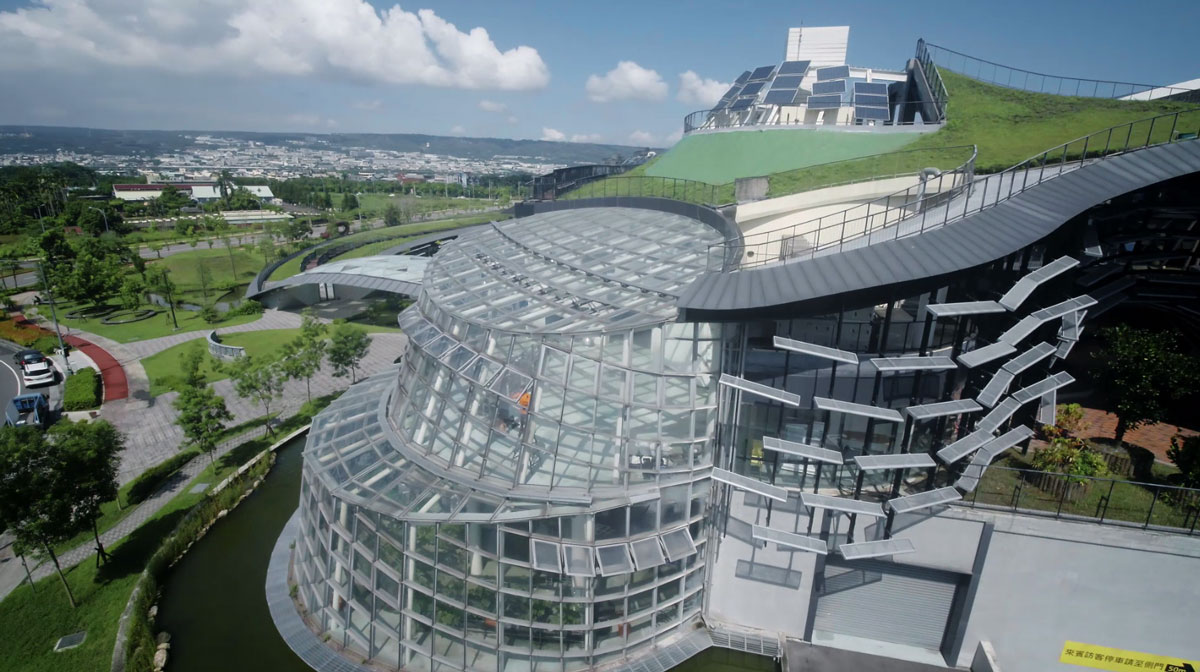 Back to voestalpine’s process of internationalization. Peter Strahammer’s focus was overwhelmingly national: he had no passion for the capital markets and flying. However, even as early as 2000 the Management Board was seriously considering the future direction of the company. But the first steps towards setting out and implementing a new strategy were only taken after Strahammer’s tragic death in the summer of 2001, under his successor Franz Struzl. “We make more out of steel,” was the new direction, with the goal of transforming voestalpine from a steel manufacturer into what was then referred to as a processing group. It started with the creation of the “motion” business segment, with the intention of fairly radically extending the value chain towards the automotive industry.

From 2002 to 2007, and in a booming economic environment, voestalpine then proceeded to steadily acquire a large number of companies, most, but not all, in Europe. The process of internationalization was progressing rapidly, not only in the automotive sector. Acquiring VAE brought the world’s largest manufacturer of turnouts back into the Group to which it had belonged right up to the 1980s. This was a leap ahead into the railway sector, another focus of the corporate strategy. With nine turnout plants in the USA alone, even at that time the Group was well established overseas.

The most spectacular takeover, however, was that of BÖHLER-UDDEHOLM in 2007/2008. It was not only the most expensive acquisition by an Austrian company to date, but also a form of coming home as Böhler (also including Uddeholm, even at that time) had belonged to the voestalpine Group right up to the early 1990s. The acquisition brought the leading global advanced special steel manufacturer and service provider under the voestalpine wing. The number of employees consequently climbed to 38,000, with half based outside Austria for the first time. Revenue rose from almost EUR 7 billion to over EUR 10 billion. China and Asia appeared on the map of Group locations, as well as a few new sites in South America.

A company such as voestalpine which leads in its product segments must operate globally. As the quality of its products is in demand worldwide, it makes sense to have a global presence. Thus the search for new markets becomes a constant one. Today there are almost no blind spots left on the voestalpine world map. Europe is the core market. Growth yes, but the potential for further growth is limited as customers have no wish for an overpowering partner. The USMCA area, formerly NAFTA, consisting of Canada, the USA, and Mexico, is a defined growth area offering many opportunities. But, as recently seen, also questionable obstacles. The real growth market for the future is Asia, particularly China and South East Asia.

"voestalpine has made significant investments over the past years: in Texas, the wire rod mill in Leoben, and many investments at the site in Linz. We’ve built our automotive plants in the USA and China, and work is currently going on to construct the world’s most advanced special steel plant in Kapfenberg. In future we of course plan to invest in many other sectors, such as the aerospace industry, additive manufacturing, and the railway infrastructure segment. But first we must create the framework and generate the financing needed for healthy growth and economic success."

Globalization is reality, although perhaps taking the form of what could be called regionally focused globalization, rather than de facto full coverage. This regional globalism can be an advantage. Indeed, this is the approach to adopt where the aspiration and ambition is to be present where the economic action is. But everything needs to come together—efficient research and development, driven by the best and the brightest minds, which generates the innovations needed to bring advances in technology and quality, as well as excellent partners for technical and commercial implementation. That makes committed and qualified employees the key to success.

Drive, don’t drift. Be proactive, rather than reactive. Globalization means actively embracing the world. Seen in this light, we can ask where voestalpine would be today if it hadn’t followed this path of internationalization so consistently over the past 15 years. Yes, this is a “what if?” question, but trying to find an answer can help make the concept of globalization—for many a tenuous one—more tangible, while offering a few facts helps turn indifference into positivity. If it had remained purely a steel manufacturer, although a highly specialized one, as it was in the late 1990s, today’s voestalpine would not have had the experience of seeing its products in their end markets. It is the combination of high-tech steel production and processing through to the final product, as used in vehicles, aircraft, and rail networks, as well as watch housings and rocket propulsion systems (yes, voestalpine is a recognized player in these exotic segments too), that provides a priceless advantage in terms of experience and competitiveness. Innovation, without at the same time directly experiencing global developments, is only half the battle. At the same time, the cultural diversity as manifested in the way our employees think and act is incredibly enriching. A voestalpine limited to Central Europe would, in all likelihood, have only been a small player in terms of revenue and profits. And it would have been an affordable conquest and potential takeover candidate for competitors in Europe and farther afield. One shouldn’t forget that the steel enterprises which dominate the mass markets today are the product of acquisitions and mergers, most of which took place during the period 2000 to 2015.

The colorful and diverse world of voestalpine

It is possible that voestalpine in its current form might no longer exist following an acquisition or merger, with all the consequences that it would have for Upper Austria and Styria. It is true that the strategy of moving towards the end customer and end product by lengthening the value chain could have gone wrong. Who knows? Apart from all the planning, success requires courage, an entrepreneurial spirit, and—denying this is a failure to accept reality—an element of luck. Plus the right balance of “head” and “heart” amongst the decision makers. With all this in place, the global world no longer appears so large and threatening, but instead colorful and ripe with opportunity. Because everywhere you go, it is still people and their abilities, with their know-how and commitment—and here a huge “thank you” goes to the 52,000 current employees spread over all five continents—who make voestalpine the global success that it is today.

Journalist, commentator, moderator, editor, lateral thinker, aviation specialist. Until the end of 2014 head of the ORF radio business editorial department, 2015 to 2018 head of the course for business journalism at the Danube University Krems, freelance journalist for Aviation Net Online and the Kleine Zeitung.
All posts Contact
Employees