Michael Csoklich
Journalist, commentator, moderator, editor, lateral thinker, aviation specialist. Until the end of 2014 head of the ORF radio business editorial department, 2015 to 2018 head of the course for business journalism at the Danube University Krems, freelance journalist for Aviation Net Online and the Kleine Zeitung.

Comprehensive digitalization is a key prerequisite for voestalpine if it is to continue to advance its technological leadership in tomorrow’s global markets. Digitalization is a significant driver behind improvements to quality and processes, and the design of more efficient and effective operations, which together continue to improve our competitive edge in the global marketplace.

Digitalization has become a magic word, usually uttered in the same breath as revolution. If that really is the case, then it is a creeping revolution—or, more accurately, one which has long since crept in—and one whose impacts and consequences can often only be guessed at. Automation is one form of digitalization which has been around for a long time. Even so, digitalization is something quite different again. It goes much further, and is very clearly perceptible, as in the new voestalpine wire rod mill in Donawitz. Here wires are manufactured on eleven separate rolling paths at throughput speeds of up to 400 km/h. The 700-meter long facility is controlled via an innovative monitoring system with more than 2,000 data acquisition sensors and over 15,000 continuously recorded parameters which the plant uses to optimize its operations on an ongoing basis.

"We view digitalization in terms of the opportunities it generates. The fact is that digitalization has allowed us to hugely improve our processes and services, and make them highly efficient. Big data, deep learning, and artificial intelligence are topics we already deal with routinely, and this also creates new and interesting jobs for current and future employees. And I believe that we clearly need to stay on this path."

Here the complexity of the digital world suddenly becomes clear, showing how it helps to faultlessly manage incredibly complex procedures, coordinating the quality and optimizing the efficiency of long value chains. Controlling all these aspects creates many ways in which we can benefit from digitalization. However, it also requires the will to understand, manage, and consistently implement digitalization. At the same time, extracting the maximum benefit from everything digitalization makes possible is the key prerequisite for continuing to enhance our technological leadership.

The potential applications are virtually inexhaustible. Another example is provided at the site in Linz where, after 8 years of development and realization, a key digitalization project is now in the final stages of implementation. During the entire process of production, starting with the blast furnace, and through to the final automotive component delivered to the customer, all types of information, in every desired correlation, can be called up—costs, efficiency, cycle times, and all product specifications. It is the perfect combination and use of data. The skill lies in recognizing and applying the relevant information, i.e., entirely excluding data which is irrelevant. In this way, digitalization becomes artificial intelligence.

In the end, the question for the long-term future is whether it is possible to completely digitalize the entire production process, from raw material extraction, perhaps in Erzberg or in the Ukraine, through to the finished product delivered to the customer. Many of the individual steps have long been at least partially automated, and now they “just” need to be combined to form an overall process. 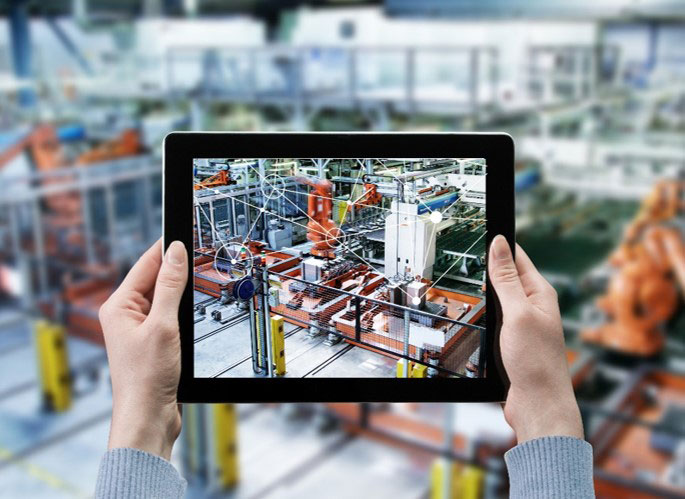 One symbol of the advances in digitalization is additive manufacturing, or 3D printing. Rather than the usual process of milling a work piece from a single block, or assembling it from a variety of different parts, entire components, i.e., the final product, are constructed, layer by layer, using powder. In accordance with its philosophy of sticking to what you do best, voestalpine has specialized in 3D printing in metal and to this effect operates research centers in Düsseldorf, Singapore, Taiwan, and Toronto. The high-quality metal powder used in 3D printing is produced by the Group at its subsidiaries in Sweden and Austria.
Due to the costs involved, 3D printing in metal is not suitable for serial production. However, for one-off complex pieces, small batches, and products with extreme requirements, 3D printing is ideal and opens up new application areas. Consequently, it is a valuable addition to previous production methods. But the vision of complete cars emerging from a printer will remain just that, a vision, even in the future.

Between reality and crystal balls

Not even a crystal ball can reveal how digitalization will shape our future, and the changes it will bring. The past years have seen the emergence of many things long believed impossible, both positive and negative. But in all these considerations one thing remains clear, namely that—although not everyone agrees—people will always have a role to play. However, the nature of this role has long since started to change. There will be less physical work, which incidentally has always been a key goal in industrial manufacturing. Step by step, it will be replaced by new monitoring, development, moderation, coordination, planning-type jobs, and much more. But it is also clear to everyone in the voestalpine Group that we have to consistently adapt our employees’ qualifications and training to reflect this change if we are to ensure a successful transformation to a digital future. This requires flexibility and openness from the company as much as its employees, and above all a constant willingness to keep learning. The wire rolling mill in Donawitz has shown that this major transformation is possible without anyone losing out. The new special steel plant in Kapfenberg is currently proving this once again, despite the claims of dissenters.

Future in Mind
This text is an extract from the special “Future in Mind” publication produced by editor-in-chief Michael Csoklich. “Future in Mind” was created to mark the change in the leadership of the voestalpine Group, as Herbert Eibensteiner took over from Wolfgang Eder. It examines future challenges as well as key milestones in the Group’s past.
Online edition
Michael Csoklich

Journalist, commentator, moderator, editor, lateral thinker, aviation specialist. Until the end of 2014 head of the ORF radio business editorial department, 2015 to 2018 head of the course for business journalism at the Danube University Krems, freelance journalist for Aviation Net Online and the Kleine Zeitung.
All posts Contact
greentec steel