The state-of-the-art cold-rolled strip testing center at the site in Linz has now been successfully operating for several months. It is now gradually increasing the level of automation and digitalization in its ongoing operations through to 2025.

50,000 tests a month, around 50 different testing processes, over 100 sample types, and therefore more than 500 different sample throughputs: these are capacities a testing center must first expand to accommodate. The state-of-the-art cold-rolled strip testing center belonging to the Steel Division meets the stringent testing requirements which have grown disproportionately over the last ten years and more. The plan over the next two-and-a-half years is to seamlessly introduce the digitalization and automation needed to further optimize quality and efficiency. 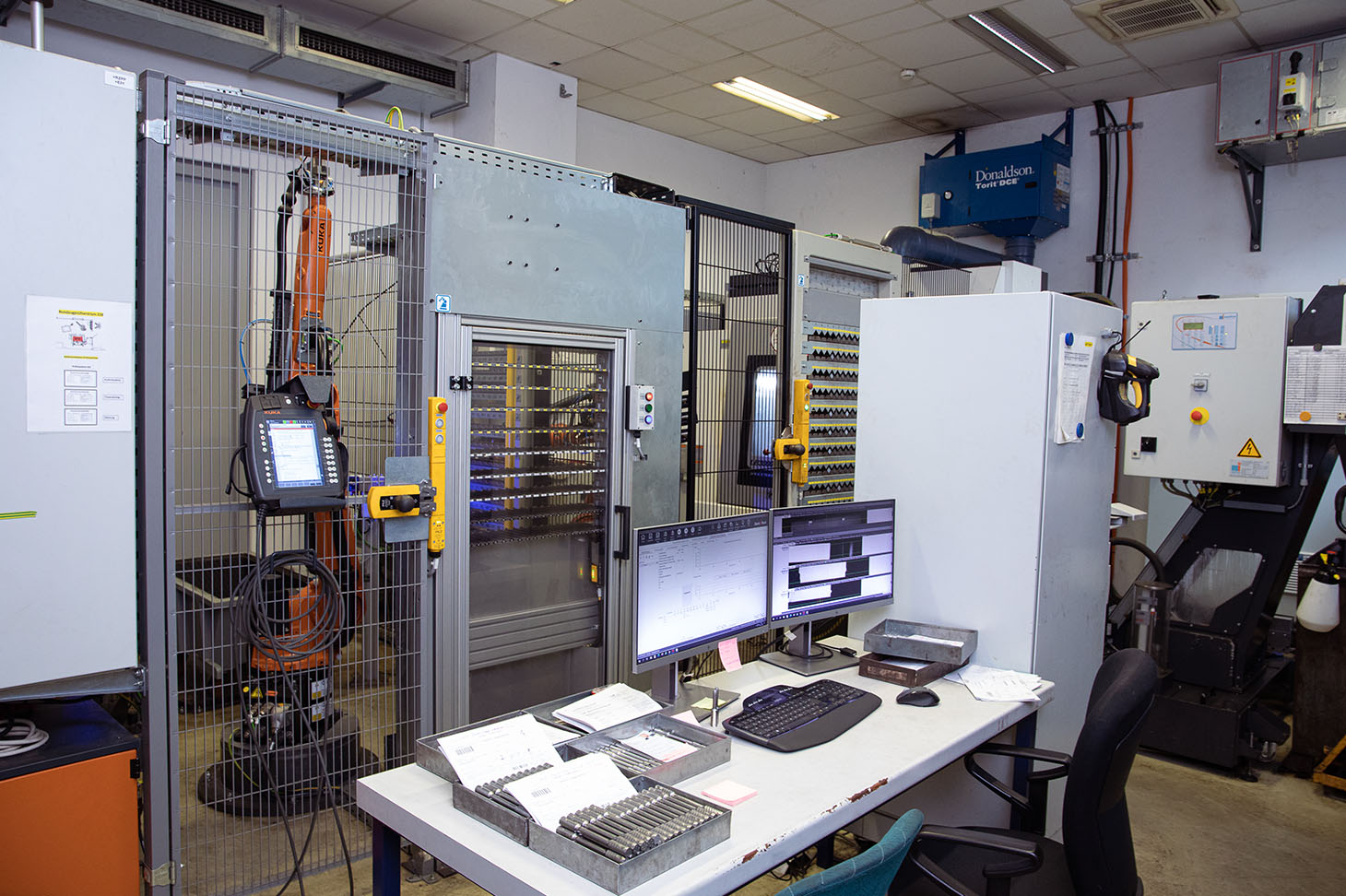 The cold-rolled strip is tested after production, prior to delivery. The high and ultra-high-strength steels which are primarily used in the automotive industry, consumer goods, and construction industries, and the special magnetic and bonding properties of electrical steel strip, rely on robust approvals testing and process checks to ensure the highest levels of product quality. In the testing center the material samples are fully automatically measured, marked with a code, prepared by laser cutting machines, and, once optimally prepared by the processing centers, presented for automated testing of their mechanical, magnetic, and chemical properties. These are complex processes on a scale unachievable without automation and digitalization.

Automated data transfer became an established feature of test engineering many years ago. However, the highlight of the new testing center is the automated sample preparation, with the many manual steps replaced by an end-to-end automated process chain. At its heart lies the ingenious production and planning system. It defines what needs testing and how, under which conditions, the parameters, and desired results: all this information is communicated to the internal system, with the sequence control system then determining the optimum process steps for each sample. The testing programs are centrally controlled and imported, results automatically transferred, and the extensive trove of data generated by monitoring the process used to determine potential improvements.

The result is both greater quality and efficiency. The risk of confusing samples is much reduced and the testing process less subject to error, resulting in a huge increase in quality. It also significantly reduces the number of tasks for employees, while the transparent processes allow shift supervisors to assign personnel more efficiently. “Our original goal was to design the testing center so that employees would welcome it. Even so, we are positively surprised by the extent to which it has made daily routines so much easier, with the workforce now actively requesting developments in their specific areas,” explains Markus M., overall project head and operational manager at the test center.

No productivity monitoring of the workforce

Digitalization also ushers in modern work practices for the workforce, with tasks now carried out according to process, not production facility. That means employees follow the sample as it goes through a variety of stages, directed by the system and supported through the entire production process. Correct sequencing not only ensures the samples are one hundred percent traceable, but also the process quality. “The tracking and tracing activities have absolutely nothing to do with monitoring employee performance,” stresses Alexander T., who is responsible for digitalization on the project. “It merely ensures that employees are suitably qualified for the tests they undertake,” he adds.

Alexander T., Responsible for digitization in the project

These modern operations will be gradually introduced to other areas at the site. The first focus will be the mechanical and physical testing of hot-rolled strip and heavy plate products; their manufacturing processes have developed over decades and are therefore still strongly operation-oriented. “It is clear to us when the sample arrives and when it is finished. What happens in between is often still a black box. We will noticeably benefit from digitalization and the transparency it brings,” says Stefan K., head of mechanical and physical testing. 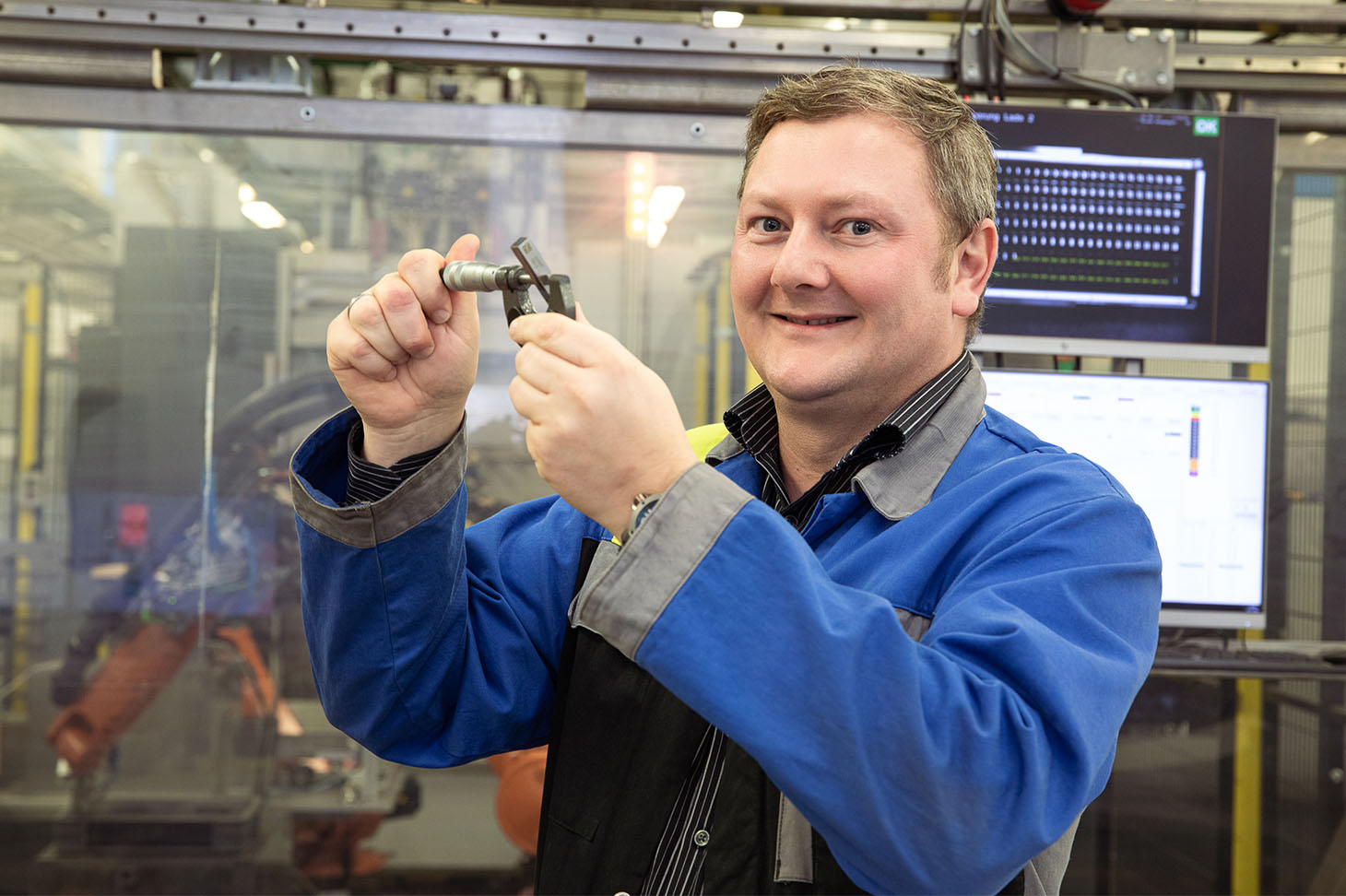 The digitalization process on the ground floor of the testing center is currently being rolled out, with the first floor following in 2023. With respect to software, during the first half of 2023 the quality management specifications will be refined, with Phase B scheduled for implementation from September. In 2024, the entire process will be completed with the introduction of driverless transport systems which will take over the task of transporting samples on the floor above—a step which does not add value. With all the departments working closely together, the goal of increasing testing volumes to 60,000 a month in the next two to three years is within reach. 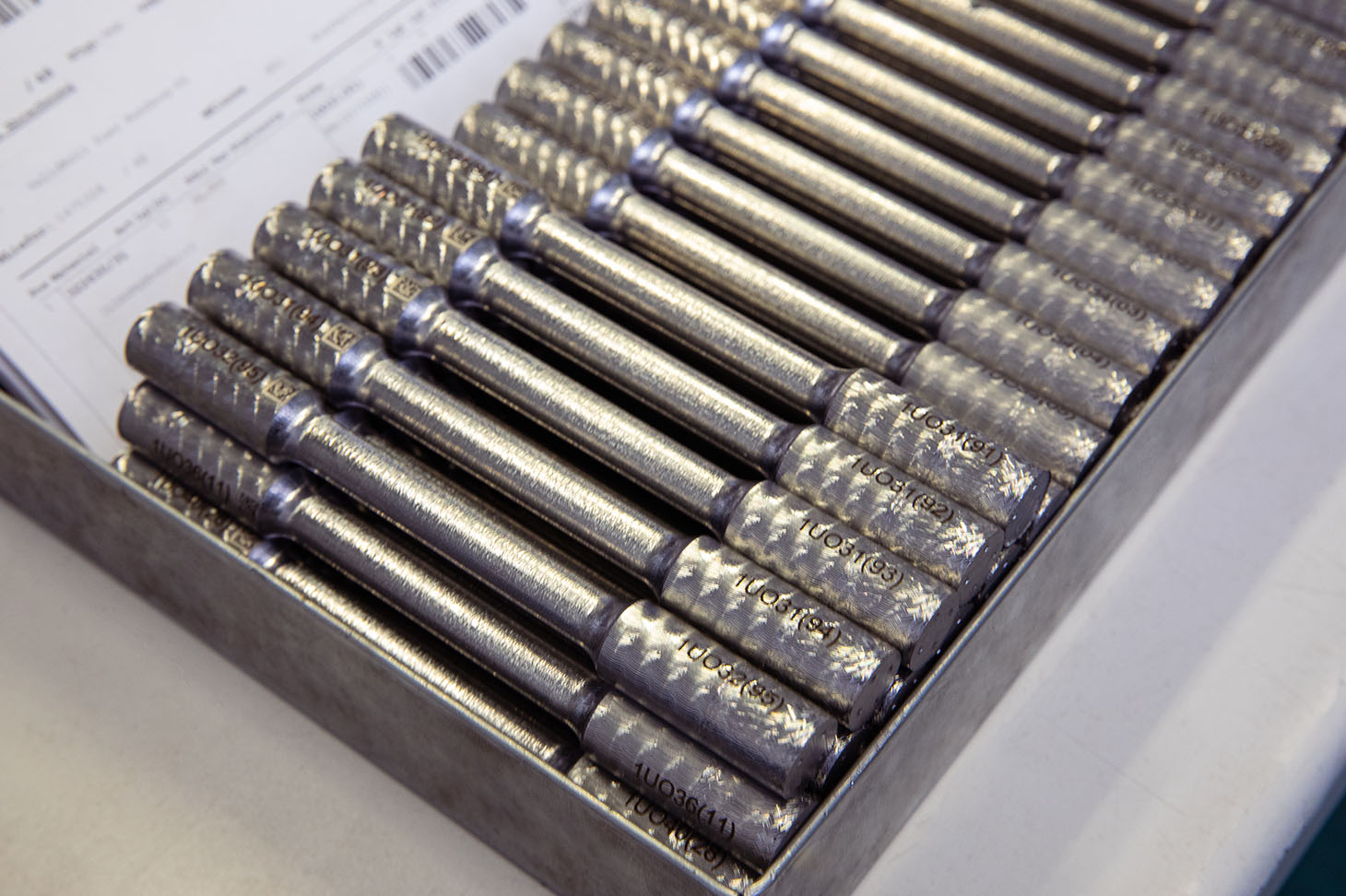