On February 14, 2018, representatives of the European Representative Office of Kentucky (USA) visited voestalpine Metal Forming GmbH in Krems, Austria, to discuss voestalpine activities in Kentucky and establish a working relationship.

The purpose of the visit was to discuss voestalpine activities in Kentucky where the Group is represented by the voestalpine Roll Forming Corporation, one of the most advanced tubes and section manufacturers in the US with customers in various industries ranging from aerospace and construction to office furniture.

In Krems, voestalpine Metal Forming GmbH was represented by Günther Felderer, Member of the Management Board of the Metal Forming Division and Head of the Tubes & Sections Business Unit. The guests included Executive Director Morgan L. Pierstorff who was accompanied by Terry Gill (Cabinet Secretary) and Vivek Sarin (Executive Officer). 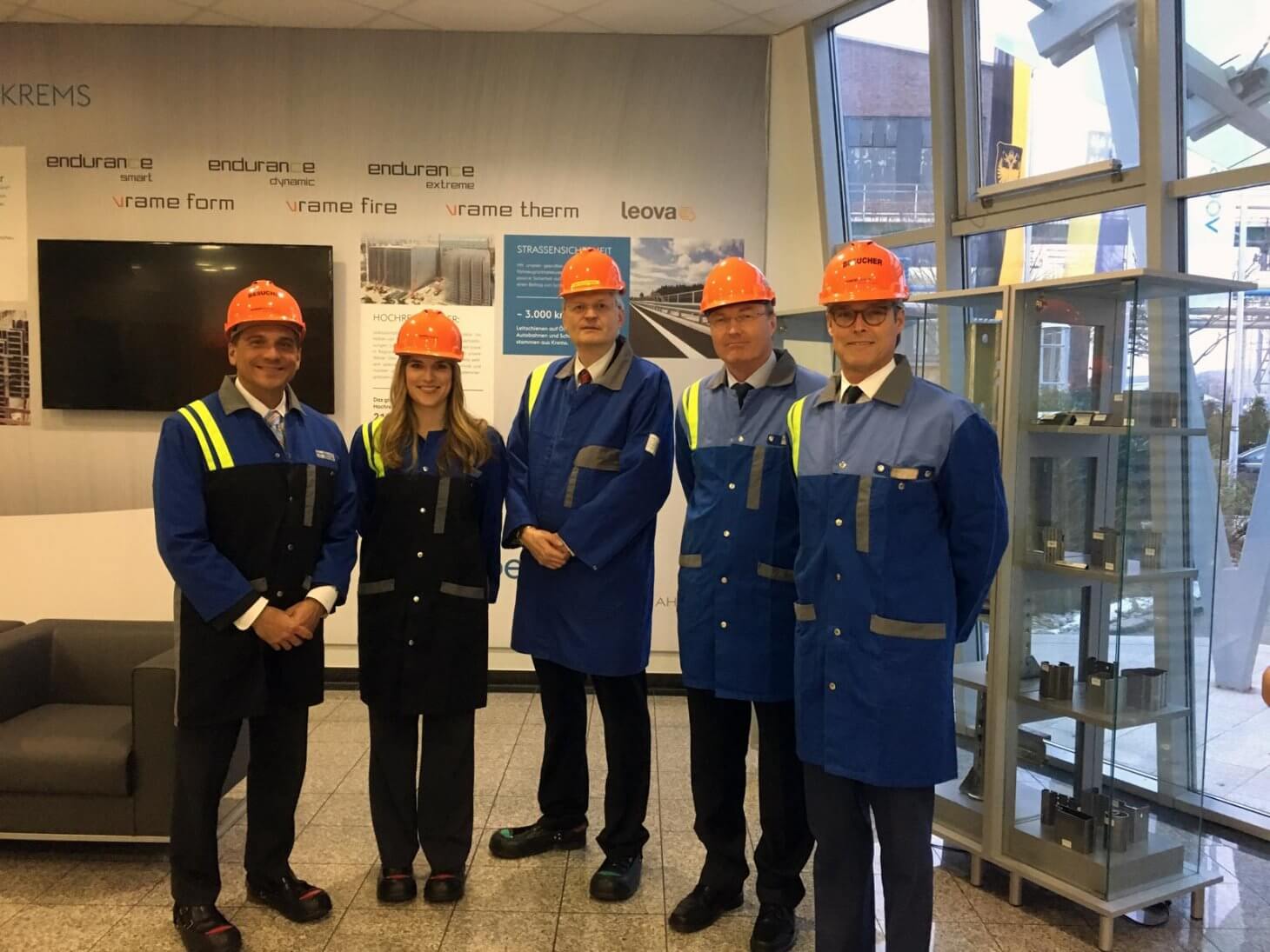 Initiative as a role model for Europe

The US states efforts to promote business activities in the respective countries can serve as a role model for European and Austrian initiatives for regional business growth and technological advancement. As the European representatives of US states may be considered ambassadors for entrepreneurs or even as trade agencies acting at state level, this visit was a big honor for voestalpine.

It is also worth noting that before assuming their positions in the cabinet of the Governor of Kentucky, Mr. Gill and Mr. Sarin were both active entrepreneurs in the American manufacturing sector. Consequently, they are very familiar with the challenges and needs of business endeavors.

The meeting was followed by a guided tour through voestalpine’s premises in Krems where the gentlemen were introduced to the complexities of roll forming.