On October 26, 2016, an official ceremony was held to mark the opening of the new direct reduction plant in Corpus Christi, Texas. Many of those involved in the project as well as representatives from the international media were invited to attend the opening event.

The opening ceremony was held on Austria’s national holiday, symbolizing the significance of this investment for the Austrian-based technology and capital goods group. With an investment volume of over EUR 550 million, construction of the plant was the largest foreign investment made by voestalpine or any Austrian company in the USA to date. Commissioning of the plant marks completion of the next important milestone in the Group’s strategy of consistent internationalization. 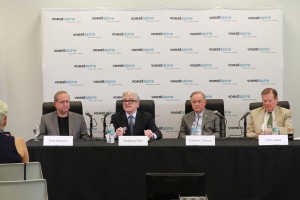 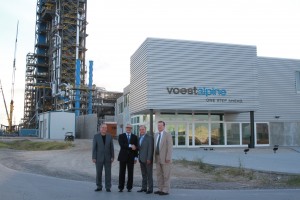 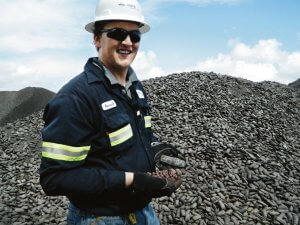 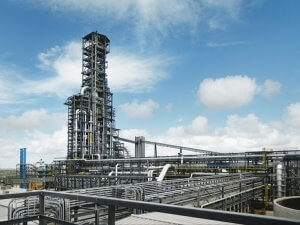 After around two and a half years of construction, the plant is now officially operational. Around 200 guests, including customers, suppliers, the entire Management Board of voestalpine AG, the Management Board of the Steel Division, and important project partners, were invited to the new plant premises for the opening ceremony which also featured a joint appearance by the voestalpine wind orchestra and the Corpus Christi Symphony Orchestra. After speeches by John LaRue (CEO Port of Corpus Christi), Terry Simpson (Judge San Patricio County), Carlos H. Cascos (Secretary of State of Texas) and voestalpine CEO Wolfgang Eder the big moment had arrived: the ribbon was officially cut by the members of the voestalpine Management Board.

"Today’s opening of the direct reduction plant in Corpus Christi is an important step for—and into—the future of our company. The new plant will not only secure the Austrian voestalpine sites by supplying premium pre-materials for steel production, it will also contribute significantly to further strengthening our position in the NAFTA region. Furthermore, over the long term it offers us new technological options for decarbonizing steel production."

This symbolic act officially opened the plant, as well as marking the start of a new era for voestalpine and the steel industry. The HBI plant is regarded as the most advanced and largest of its kind in the world, and each year will produce two million tonnes of high-quality HBI (Hot Briquetted Iron, or sponge iron), a sophisticated pre-material used in steel production.

As with the groundbreaking ceremony in 2014, many international media representatives enjoyed an exclusive invitation to the opening event where they were given a tour of the new plant and learnt about the activities of the voestalpine Group in the NAFTA region. voestalpine CEO Wolfgang Eder provided further details about the project during briefings and at a press conference. Journalists also had the opportunity to talk to local political and business representatives.

As a result of its open and transparent communications, paired with cross-media communication activities throughout the entire duration of the project, voestalpine has achieved coverage of its progressive internationalization in leading global media, as well as making its mark on the media landscape in the USA. The opening of the HBI plant marks the Group’s most important program of international media relations to date, and lifts these activities to a whole new level.