Construction of the HBI plant in Corpus Christi progresses quickly

Construction of the new direct reduction plant in Corpus Christi, Texas is in full swing. Once complete, two million tons of HBI (Hot Briquetted Iron) will be produced here annually.

voestalpine is constructing a new direct reduction plant in Corpus Christi, Texas. voestalpine Texas LLC has begun construction immediately after successful conclusion of the environmental impact assessment in spring 2014. The project is on schedule and it can be completed in December 2015.

First part of the steel construction Steel construction—the first piles were anchored at the end of October 2014.

For the first time, the dimensions of the new HBI plant in Texas are becoming apparent. It will be the largest and most up-to-date plant of its kind in the world. The first part of the steel construction is already standing, on recently laid concrete foundations. This will house the heart of the plant in around a year. Later, the reduction shaft, or “metallurgical reactor”, will be anchored in the 136-meter-high tower. To ensure that the tower can withstand high wind loads, it is built on a 3,600-m³ foundation—the equivalent volume of around 600 concrete mixers. Construction of the new direct reduction plant in Corpus Christi, Texas is in full swing.

A further key part of the HBI plant is also under construction: the loading station, which will handle 2 million tons of HBI (Hot Briquetted Iron) and 3 million tons of iron ore pellets each year. The waterway for sea-going vessels is also complete. Work in this area is currently focused on dock construction. After completion, the dock will house two unloading cranes, one ship loader, one cooling water inlet, two water outlets, three seawater pumps, one chlorination unit, one substation, and the two transport conveyors for iron ore and HBI. Hustle and bustle on the over 300-meter dock is virtually guaranteed.

The sales team have also been very successful. Apart from the 680,000 tons destined for Linz and 120,000 tons for Donawitz, around 1.2 million tons of HBI needs to be sold on the open market. This quantity is already largely “sold” to customers, with contracts, as well as letters of intention. 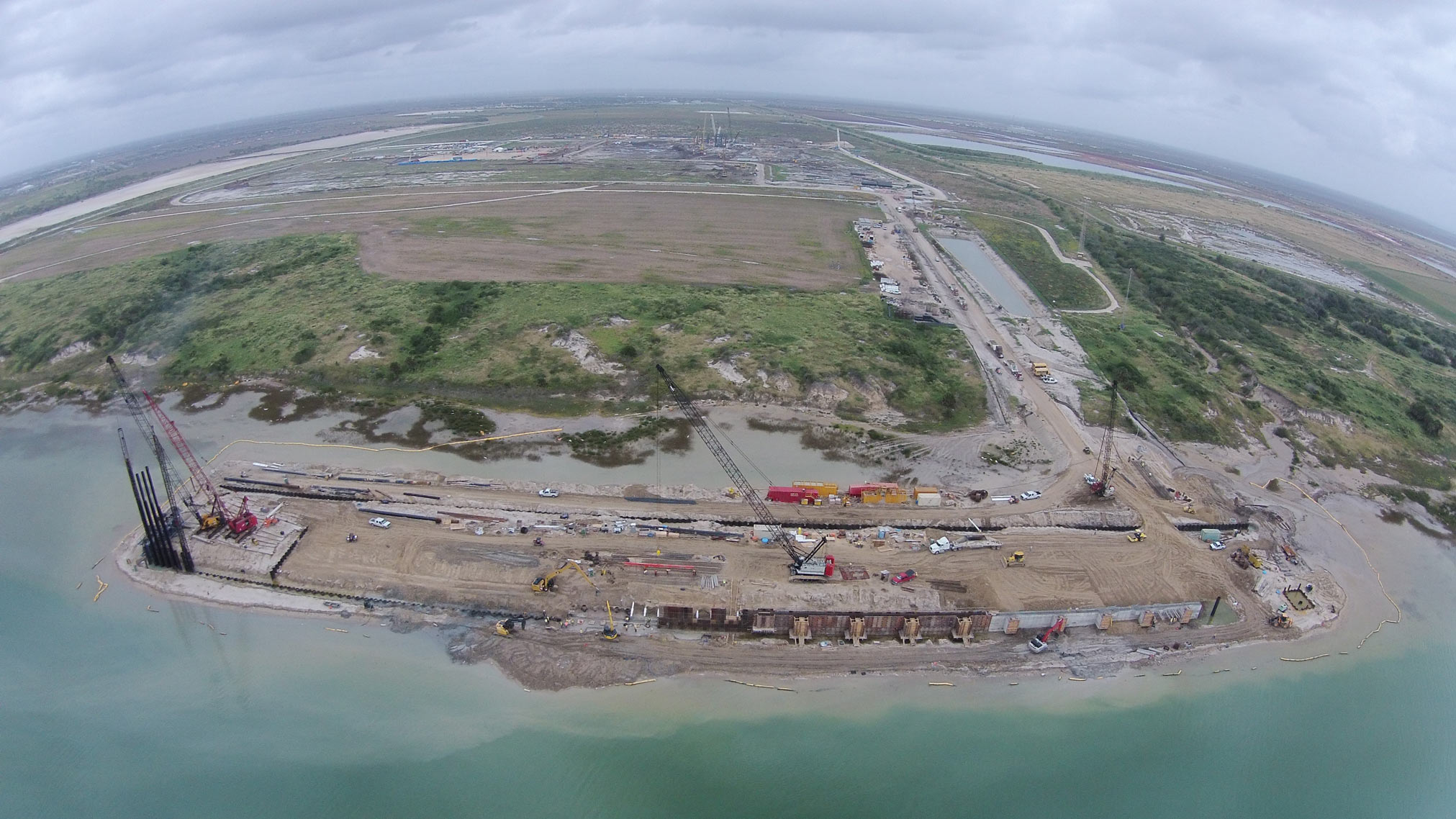 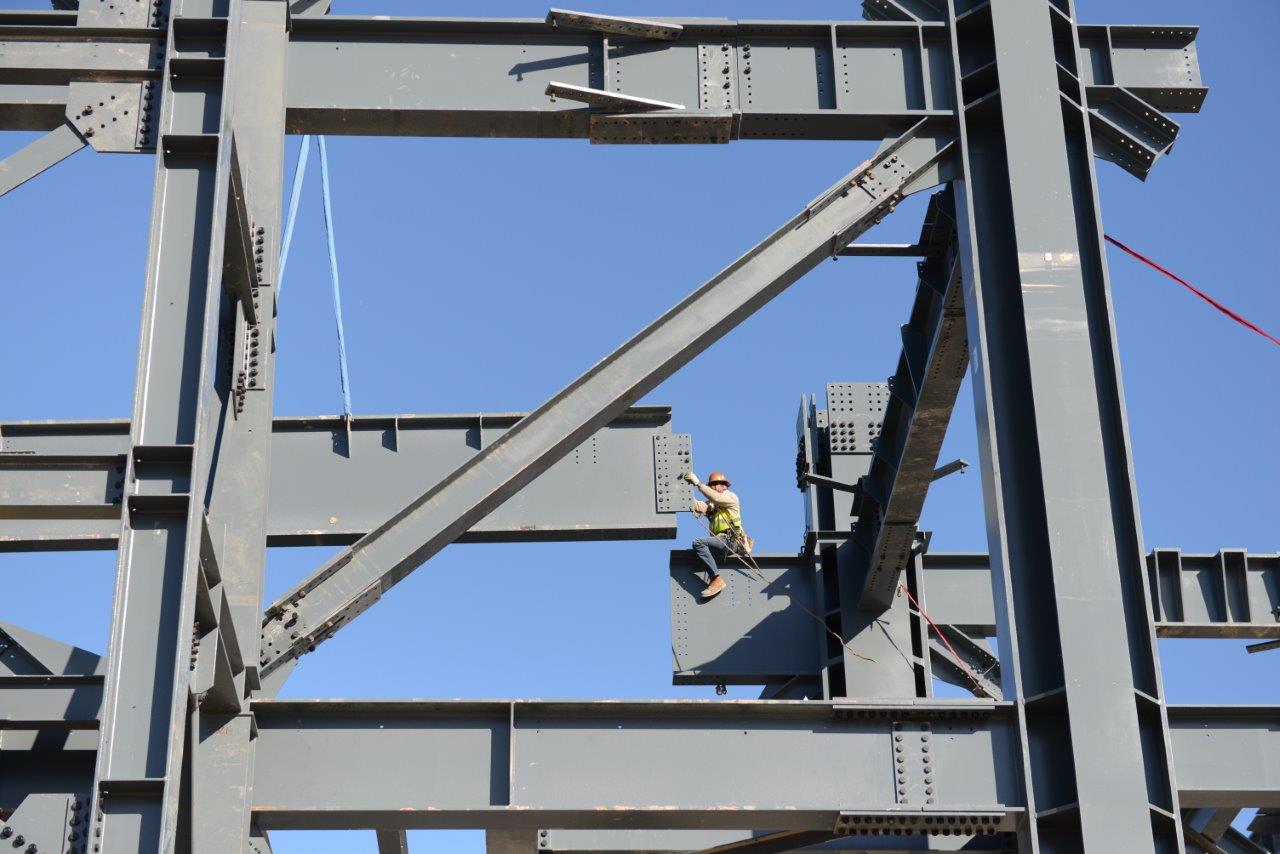 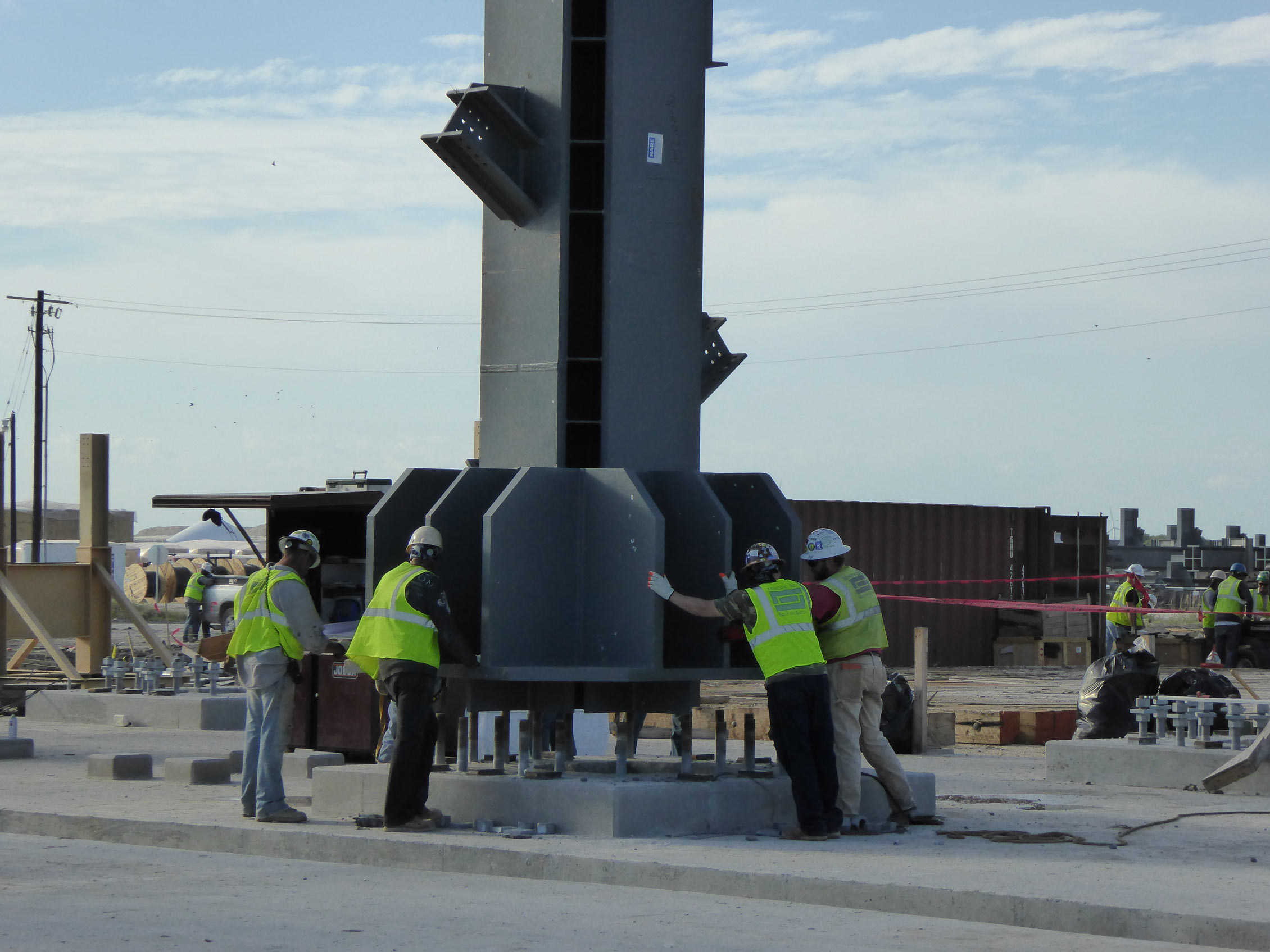 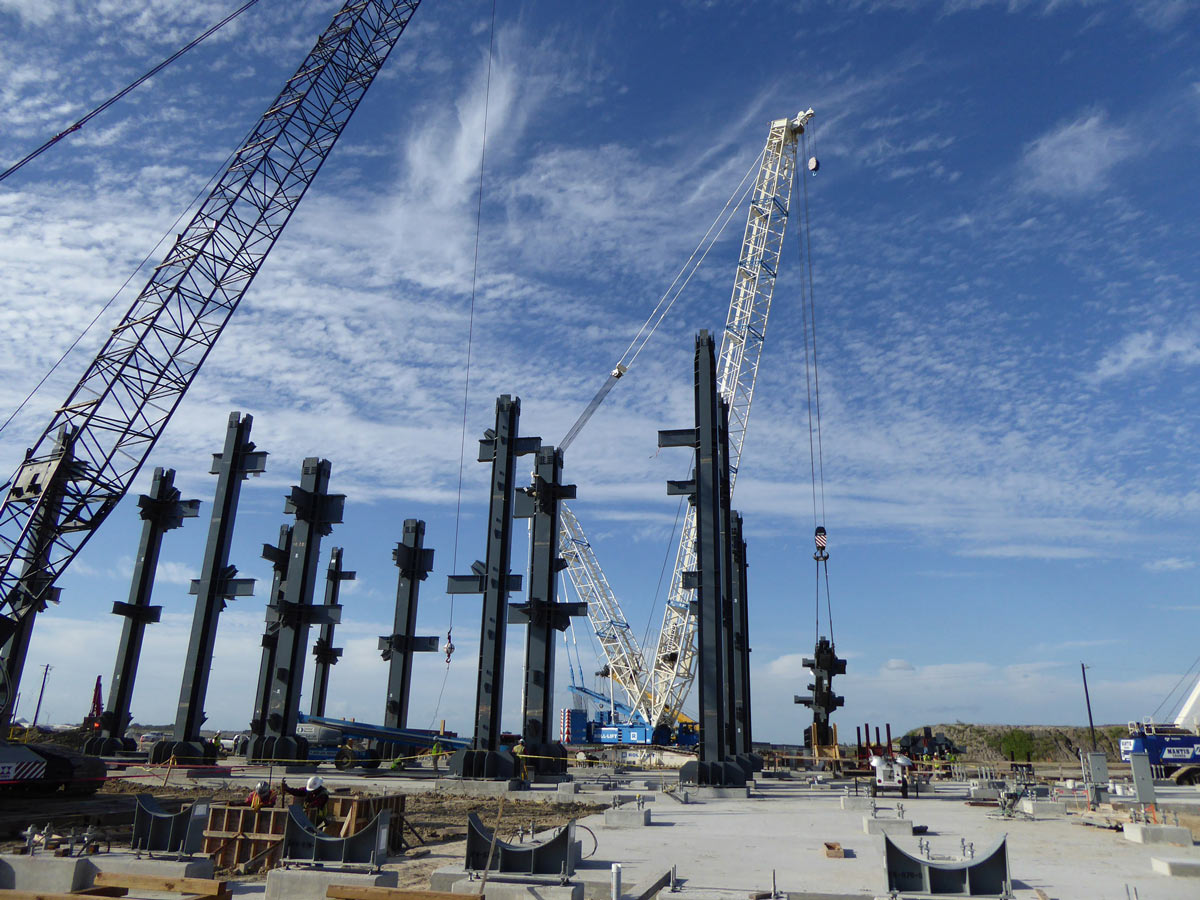 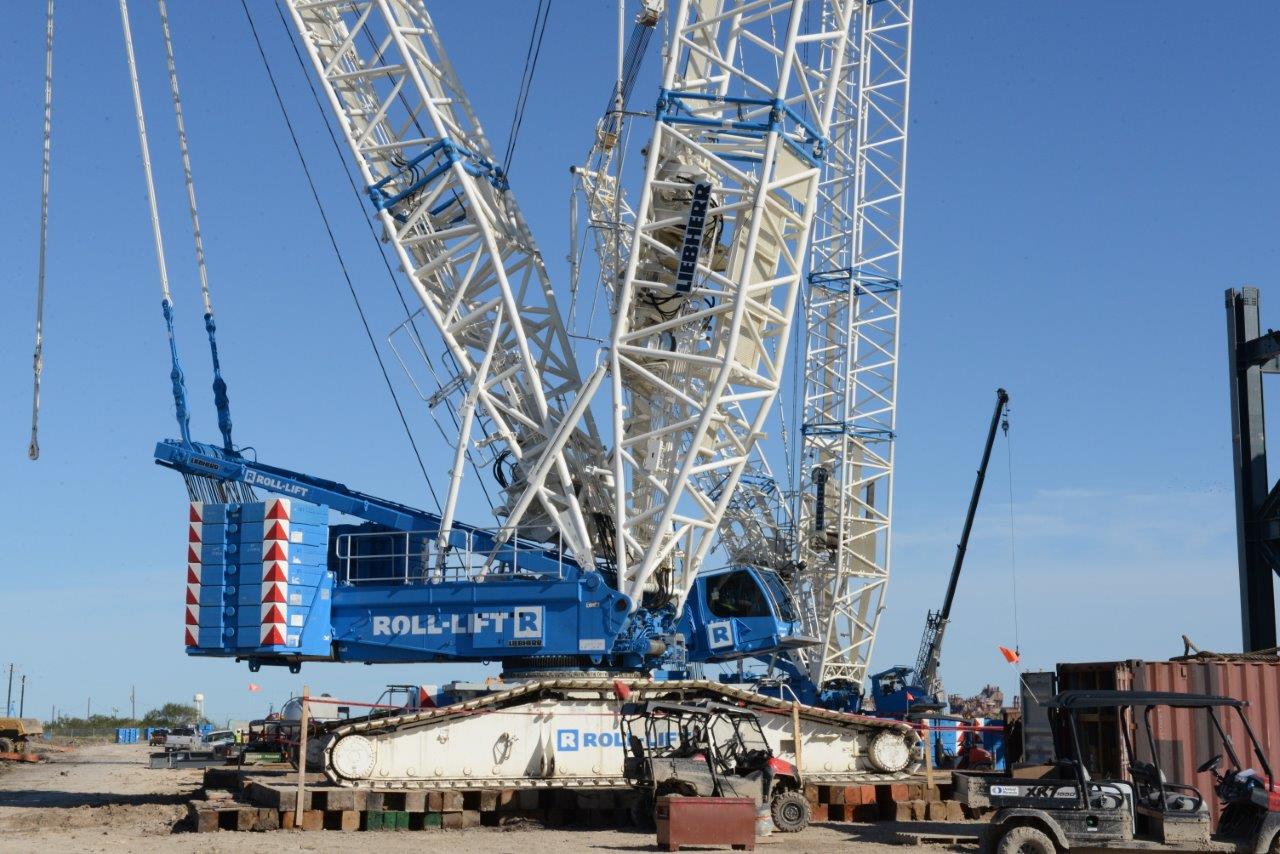 HBI—Hot Briquetted Iron
HBI stands for Hot Briquetted Iron. This is porous sponge iron pressed into briquettes. The name “sponge iron” stems from the pores in the iron briquettes, created by reducing the iron ore with natural gas. This technology is called the direct reduction process. voestalpine has erected a plant in Texas (USA) with an annual capacity of two million tons of HBI (Hot Briquetted Iron) and DRI (Direct Reduced Iron). The investment volume is around EUR 550 million.
voestalpine.com/texas