A very special anniversary is coming up for the voestalpine companies in Lower Austria’s Ybbs Valley: The success story of the BÖHLER brand and its journey to becoming a world market leader started right here 150 years ago.

The Ybbs River flows strongly in its narrow bed. Its hydropower already was key to flourishing ironworks hundreds of years ago. In their search for a manufacturing facility that would enable them to actually produce the steel they were selling, two brothers—Albert und Emil Böhler—hit pay dirt right here in the Ybbs Valley 150 years ago. The “Bruckbacher Hütte,” a rolling and forging shop, became the starting point for a legendary brand.

In 1872, when Albert und Emil Böhler bought the production shop on the Ybbs River—the current site of “voestalpine BÖHLER Profil”—they knew exactly how the blacksmiths and rolling mill workers employed there would benefit them. For a purchase price of 30,000 guilders, the brothers took over these workers’ craftsmanship over and above the land, the manufacturing facilities, and the hydropower. In doing so, these shrewd merchants secured a solid production base for the merchandise made of “Böhler steel” they were selling all over the world.

The broad range of rolled sections being manufactured at the mill already caught people’s attention at the end of the 19th century. “It is safe to say that the number of steel mills around the world offering such a wide range of cross-sectional forms as Bruckbacher Hütte was small,” wrote Adolf Ledebur in 1895 after visiting the Ybbs Valley; he was one of Europe’s leading metallurgists at the time.

"By now, we have developed more than 5,000 different section profiles in collaboration with our customers. Thanks to our rich experience that goes back a century and a half, we are considered one of the most competent producers worldwide of hot-rolled sections and a leading provider to the wood-cutting industry. I am proud to have been a part of this facility for 25 years already—fully one-sixth of its entire existence."

Other manufacturing facilities in the Ybbs Valley—i.e., “Sophienhütte” (built in 1890 by Böhler) and “Gerstlwerk” (acquired in 1940)—steadily enhanced the excellent reputation BÖHLER products have enjoyed throughout the company’s history. It is this reputation along with the plant that was built in 2013 in the town of Kematen on the Ybbs River that are the foundation of what is now known as “voestalpine Precision Strip.”

"I have been a part of our plant’s eventful history since 1980. When I joined the company, it still belonged to ‘Vereinigte Edelstahlwerke.’ Then it became a part of ‘BÖHLER Ybbstalwerke,’ and it has been a part of voestalpine AG since 2007. Then as now we rely on our employees’ strong identification with the company and on their performance. Without that, we would not have become a world market leader, for example, in bi-metal strip for metal saws or in stamping lines for the packaging industry as well as in band saw steel for the timber industry."

Historical Development in the Ybbs Valley

Even though the industrial facilities in the Ybbs Valley have undergone many a name change, they do follow the Böhler tradition of producing high-quality products.

Two traditions under a single roof

In 2007, voestalpine AG integrated the two Ybbs Valley companies into its Group. As part of the Group’s “High Performance Metals Division” and “Metal Forming Division”, respectively, voestalpine BÖHLER Profil and voestalpine Precision Strip benefit from synergies and expand voestalpine’s capabilities through their employees’ know-how and experience.

"We are proud employees of voestalpine—although, at heart, many of us have also remained ‘Böhlerians.’ This means that we unite two extraordinary Austrian companies with long histories that are future proof and signify highest quality worldwide. We are well equipped for the journey into the next 150 years and will meet all challenges."

Whether bi-metal strip for metal saws, stamping lines for the packaging industry, industrial cutters for the paper and timber industry, or special sections for the aerospace industry: voestalpine Böhler Profil and voestalpine Precision Strip have proved themselves as world market leaders for decades—in keeping with the Böhler Brothers’ tradition. 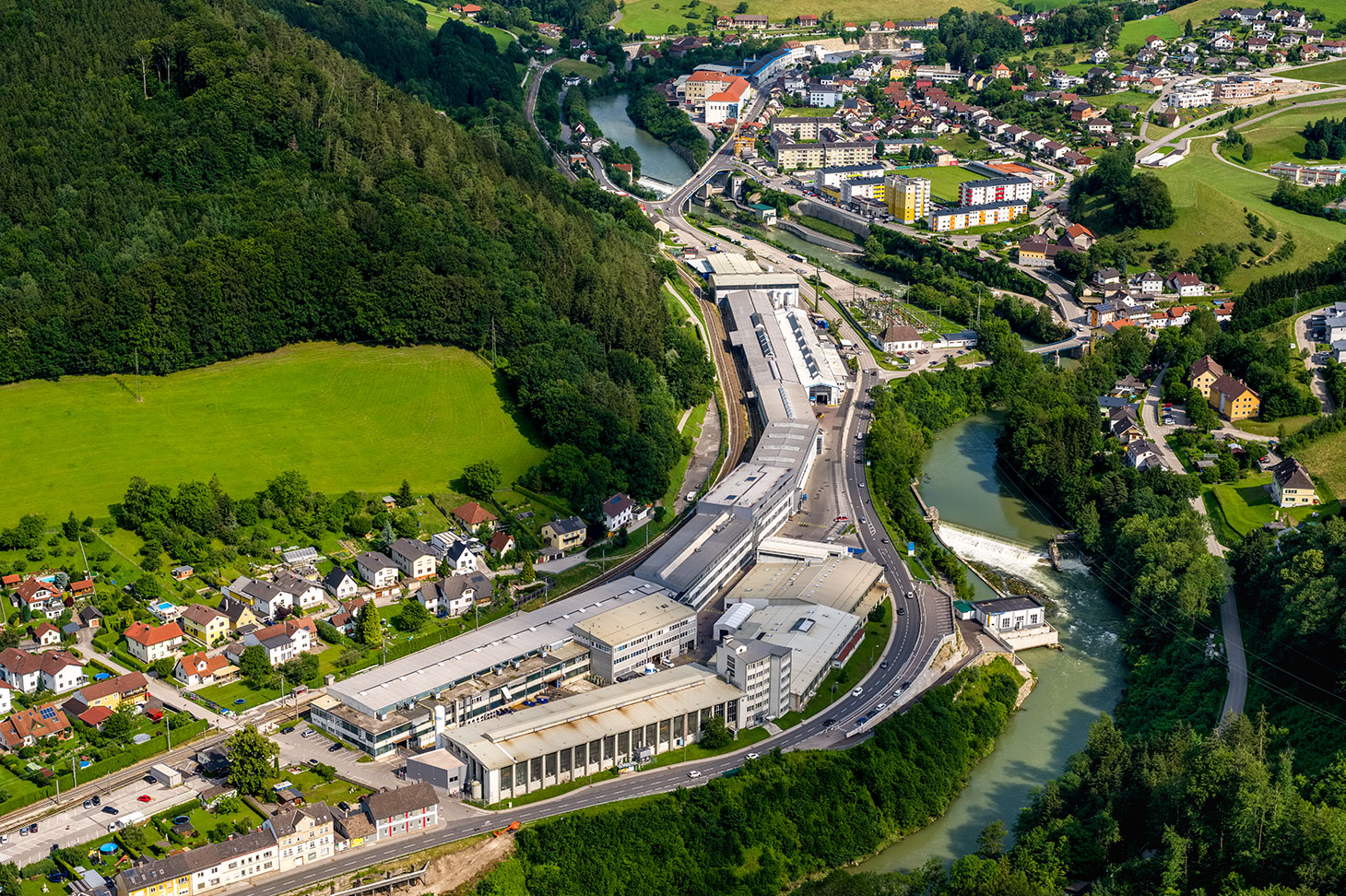 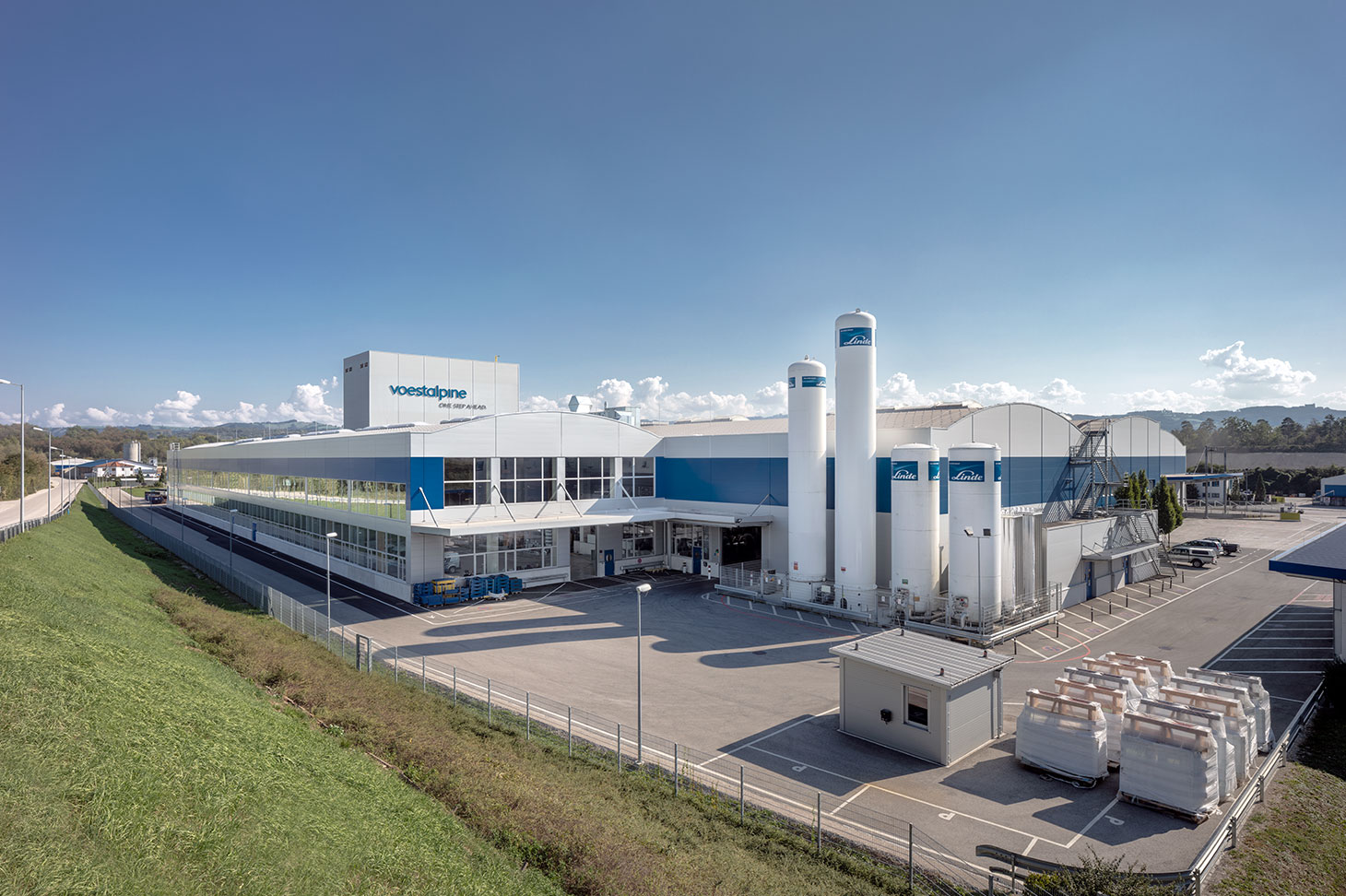 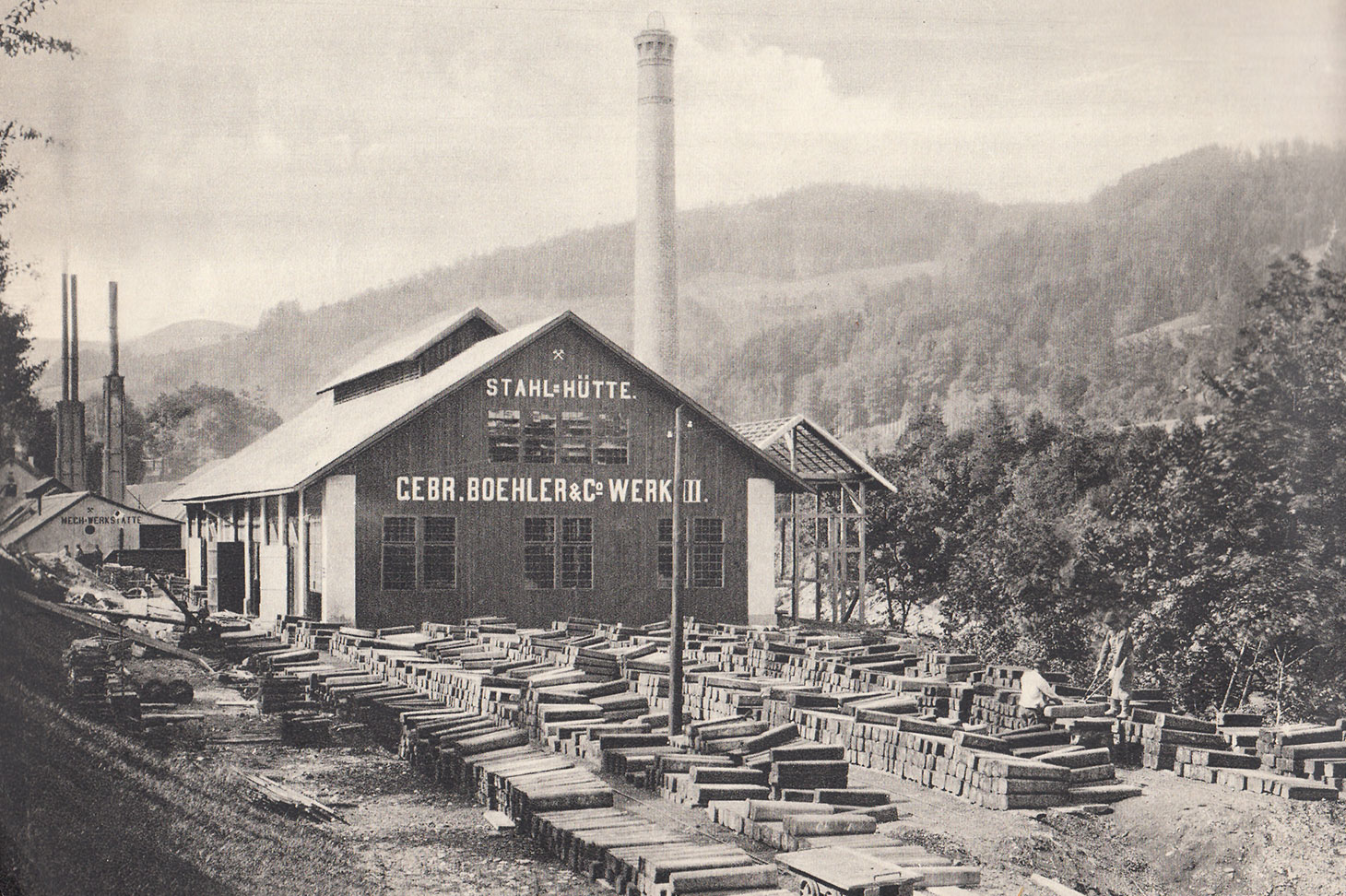 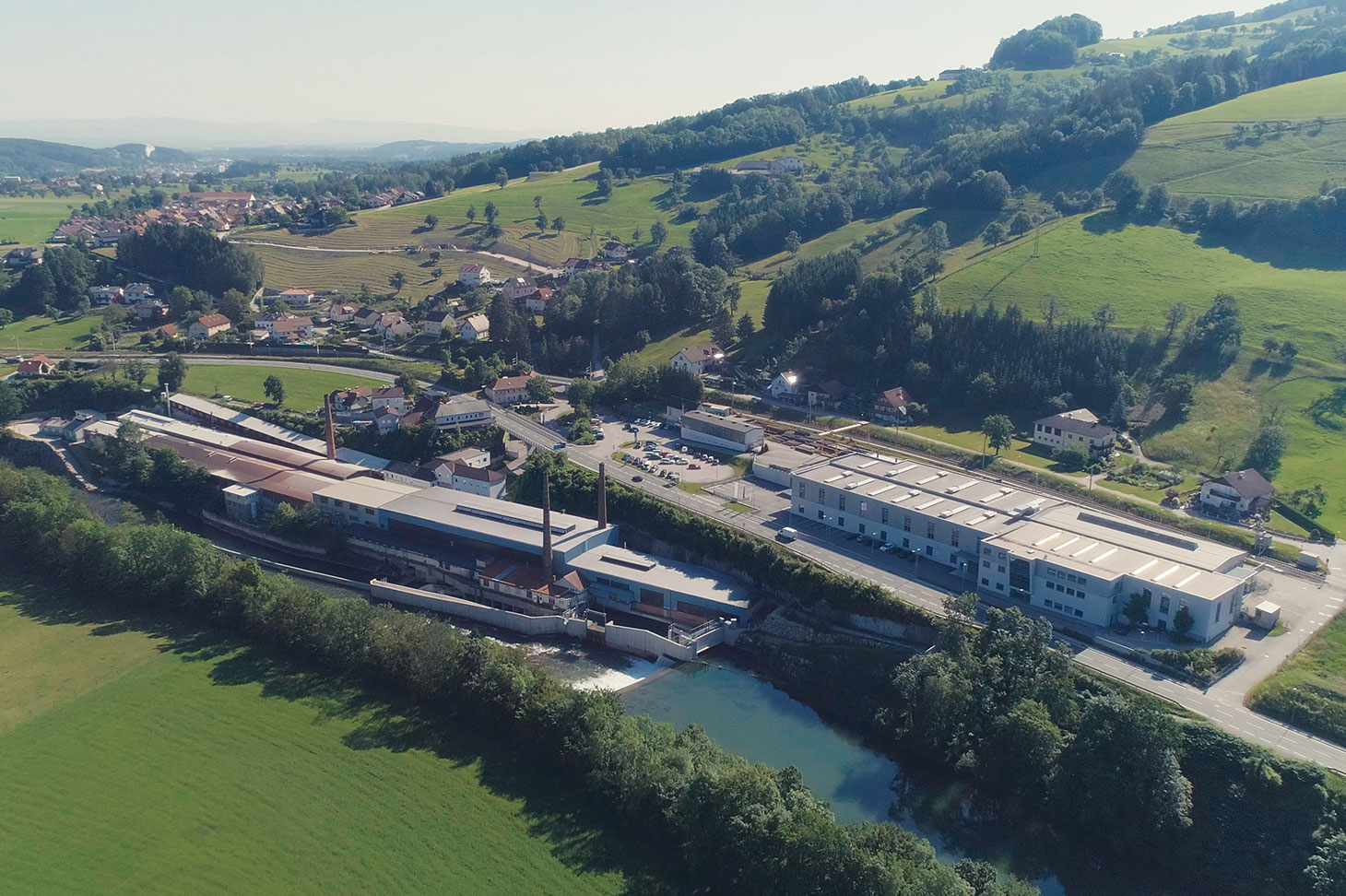 Who was Albert Böhler?

In 1870, Albert Böhler (1845–1899), one of the four sons of a merchant family from Frankfurt, Germany, founded a company named “Handelsgesellschaft Gebr. Böhler & Co.” in Vienna, Austria, together with his brother, Emil. This company sold so-called “Kapfenberg” steel worldwide. In 1872, the brothers acquired the mill named Bruckbacher Hütte. In order to ensure that their products would satisfy their own quality standards in the future, they began to manufacture high-quality products themselves in the Ybbs Valley under the name BÖHLERSTAHL. Thanks to their skills as merchants, they and their successors pushed the growth of this brand worldwide. 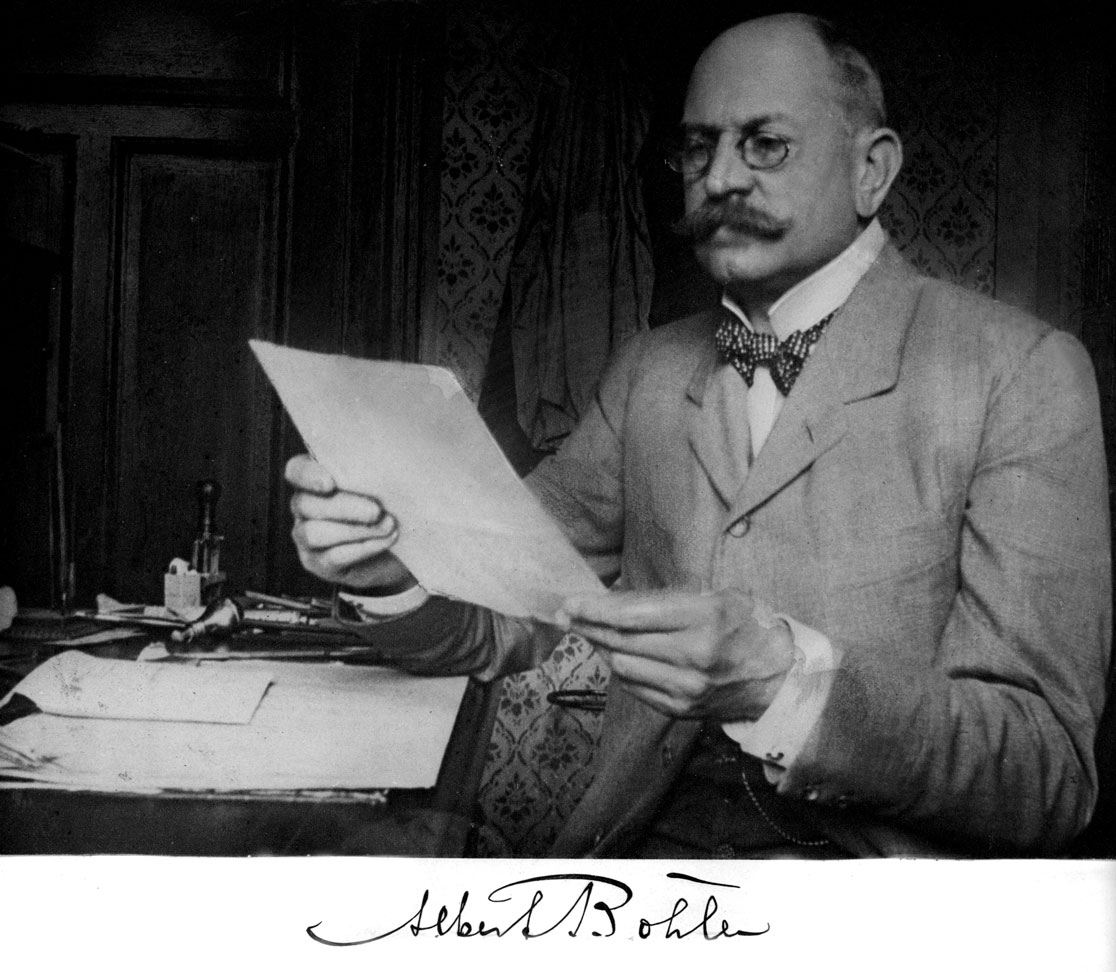