InnoTrans 2018 impressively demonstrated its status as the world’s most important trade fair for transport technology. Nowhere else is it possible to acquire such a comprehensive and in-depth overview of the industry. It was again a success for voestalpine: for the first time the railway infrastructure competencies were bundled together under the joint Railway Systems brand. A great start to the new era as a global full-service provider!

A record number of exhibitors and trade visitors, more business deals, and over 400 innovations presented, 155 of which were world firsts. All in all, 160,000 visitors from more than 110 countries streamed through the exhibition grounds in Berlin between September 18 and 21, to view the products and services offered by over 3,000 companies and organizations from 61 countries.

This year, too, the biennial trade fair was a fixed date in the Metal Engineering Division’s schedule, as it is every year in which it is held. 2018 was probably one of the more significant InnoTrans appearances as it marked the official launch of the new voestalpine Railway Systems brand to the world public. For the first time voestalpine presented itself as the leading system provider for railway infrastructure, as the only global producer offering everything from rails to turnouts, through to signaling technology, all from a single source.

"Our ‘Performance on Track’ slogan, together with our logo, express our determination to optimize the performance of our customers’ rail infrastructure and to offer them the lowest possible life-cycle costs." 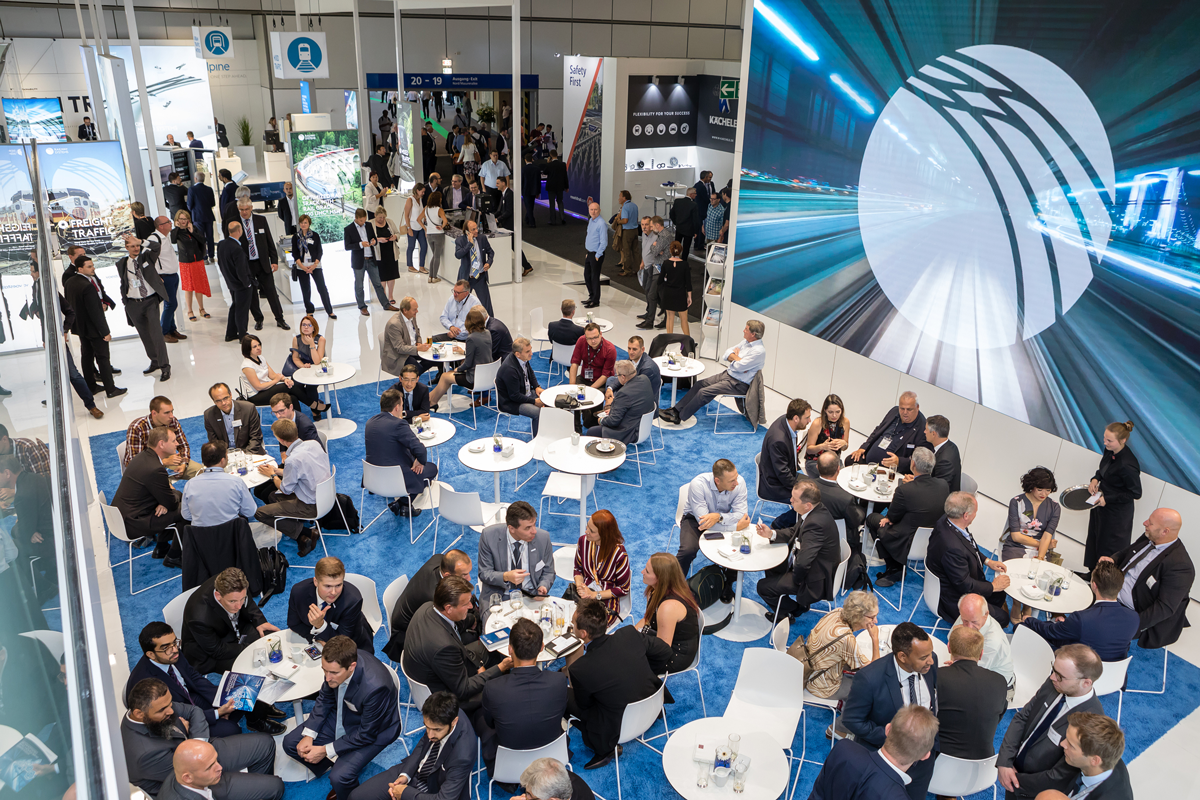 Customer feedback about the complete system branding was extremely positive, and the quality of talks with customers was particularly good.

In the truest sense of the word, voestalpine built on the new corporate stand, with 1000 m² spread over two levels, explains Thomas Stocker, CEO of voestalpine Weichensysteme GmbH: “For our set-up at this year’s InnoTrans we used the largest possible version of the Group’s modular exhibition stand.” And that was a good idea, because the level of visitor interest was huge: “We’ve never had such a strong Tuesday and Wednesday before. We were literally overrun.”

It also helped that for the first time the so-called ‘village concept’ for the new exhibition stand included a first floor, where meeting rooms and communication areas provided a relaxed atmosphere away from the hustle and bustle of activity on the ground floor of the hall. “And the employees are still reporting many, very good, and above all in-depth discussions with customers, frequently technical in nature, and not just with passing visitors. The feedback about the complete system branding was exceptionally positive.”

"What makes InnoTrans special is the high quality of the visitors, including specialists, managing directors, and decision-makers, and that together we can advise these people from early to late in terms of complete system solutions." 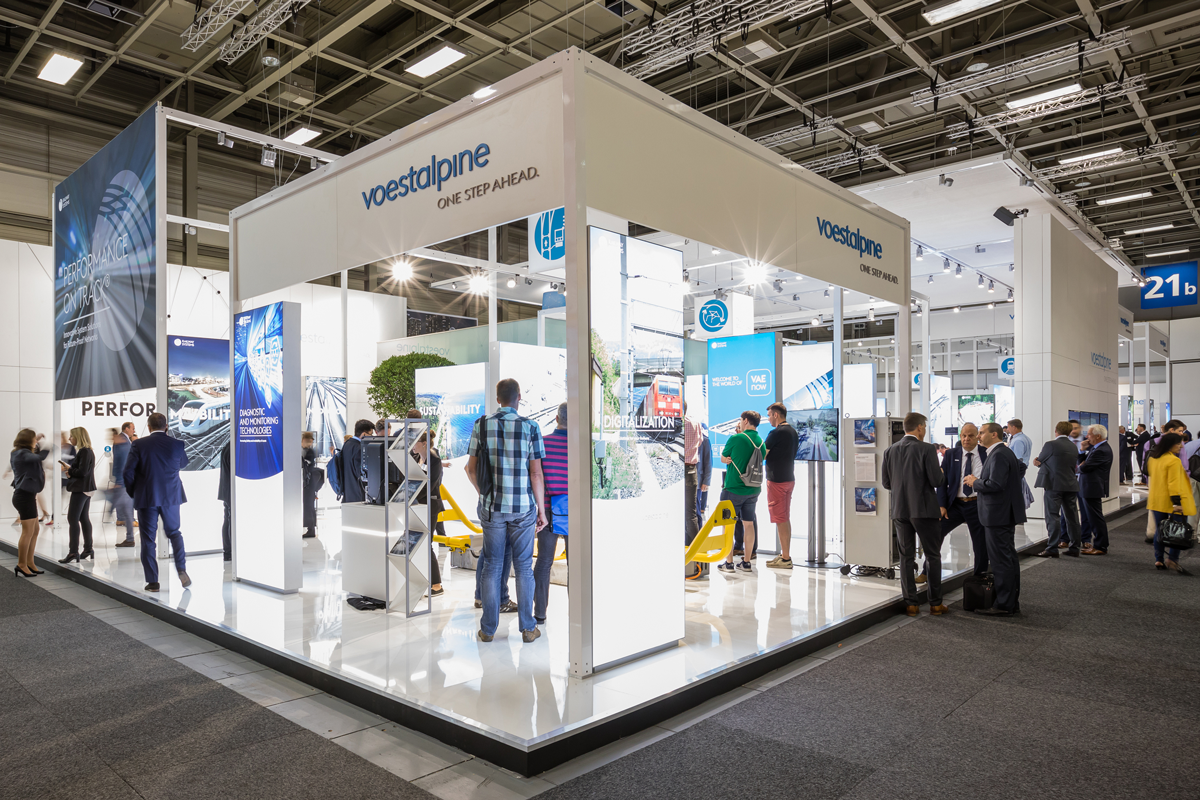 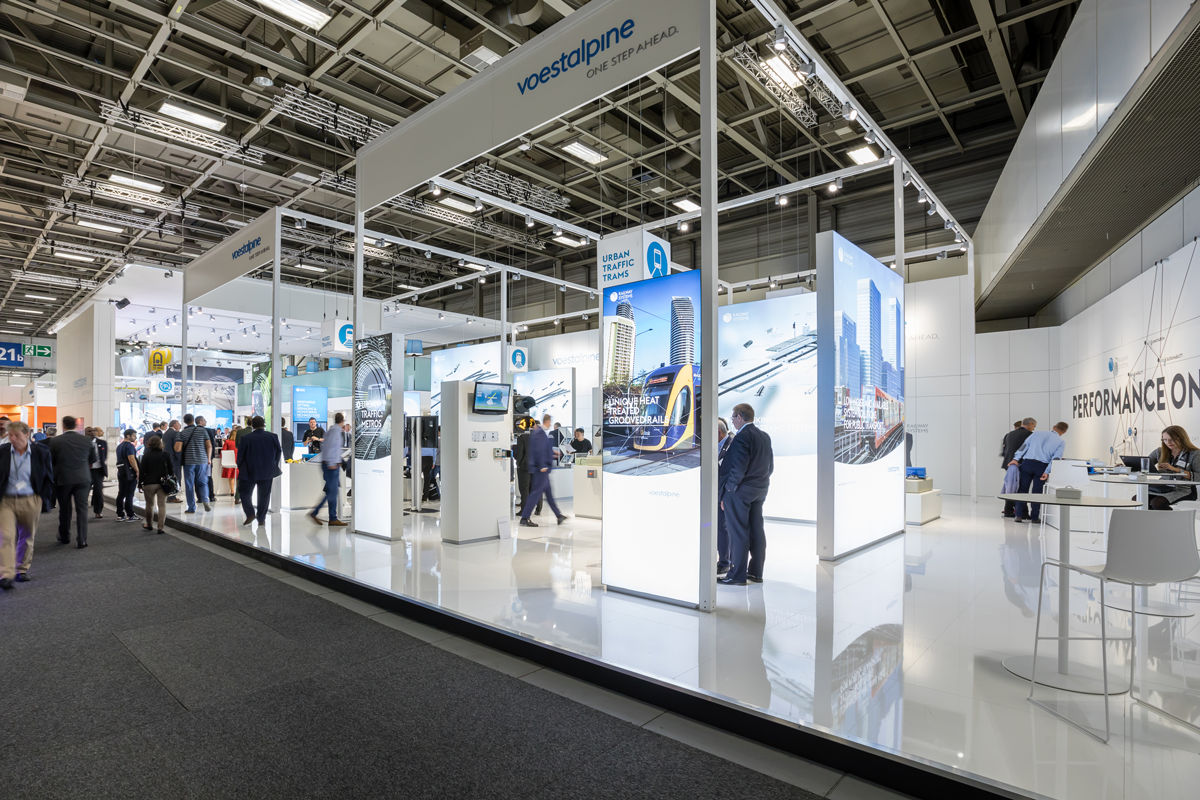 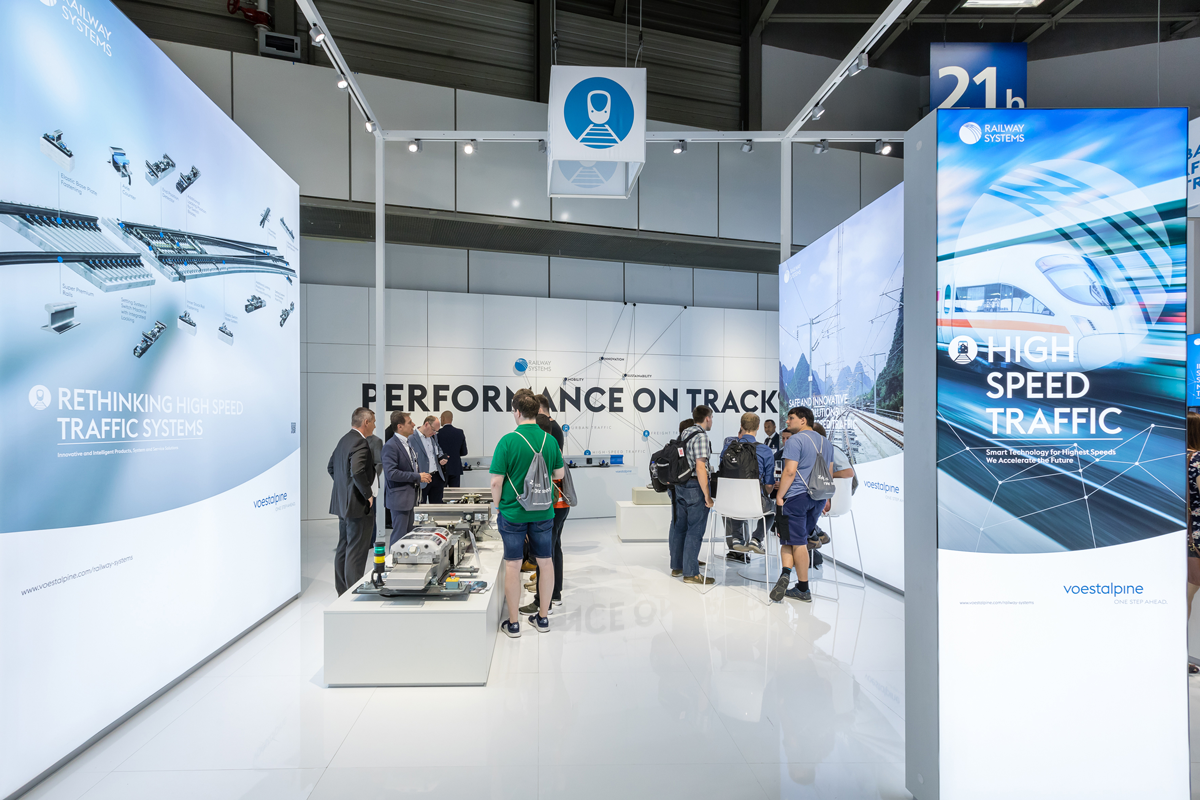 The trade fair really was bursting at the seams. For more than 200 companies, being on the waiting list for stand space had to suffice, explains Stocker: “The railway industry clearly continues to boom. Much is happening, and a lot of very new companies are pushing into the digital systems and measurement technologies sector in particular.” In addition to innovative turnout drives, the major topic of this year’s InnoTrans was very clearly digitalization. Here voestalpine came to the fore thanks to its portfolio of intelligent diagnostic and monitoring systems being part of its focus on digitalization, both in addition to and under the umbrella of the bundled competencies of voestalpine Railway Systems.

"“We are also presenting our interactive LCC tool here. A world debut which we use as a decision-making aid for our customers when deciding on the rail grades that they can or should select in order to minimize their life-cycle costs, for stretches of track, railway lines, and complete networks.”"

A third focus was certainly the presentation of the comprehensive portfolio of services which complement the innovative products. And last but not least, the stand offered visitors the chance to discover new products such as an acoustic monitoring system for axle bearings and the new point frogs from voestalpine BWG GmbH. The Steel Division also used InnoTrans as a stage for the world premiere of the pioneering lightweight freight wagon TransANT. 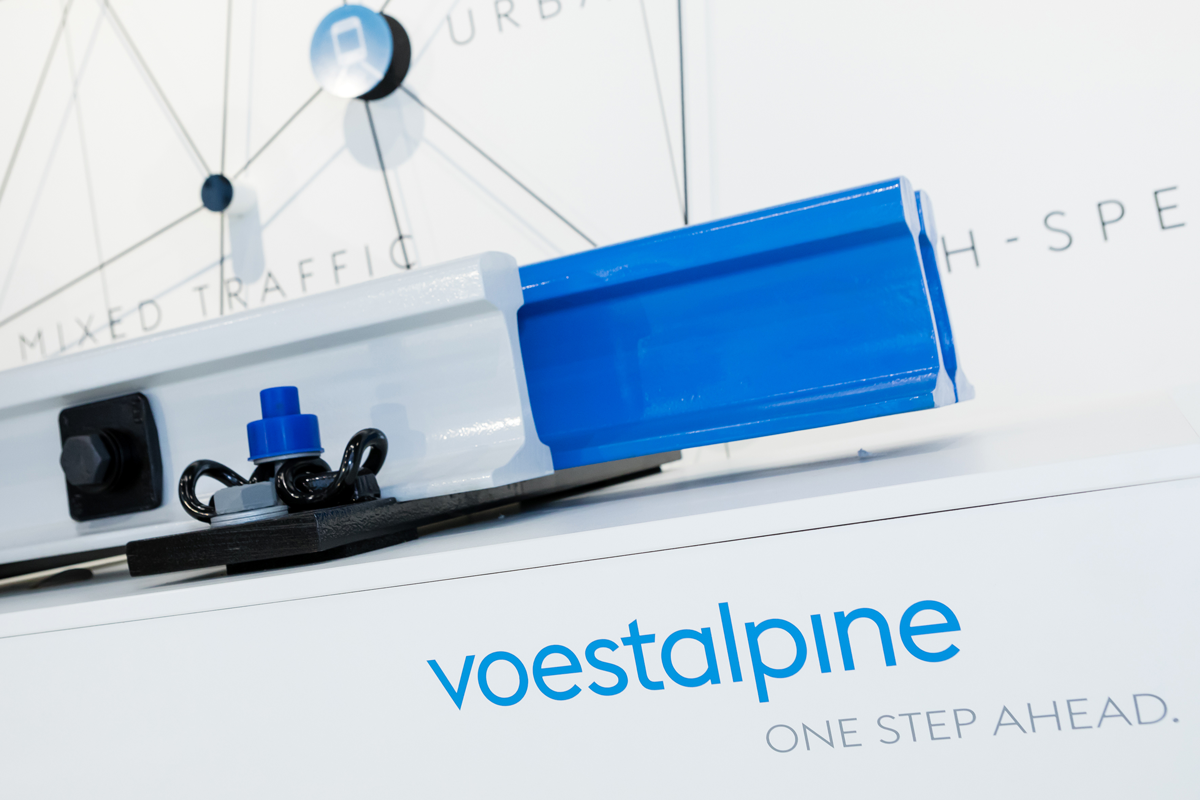 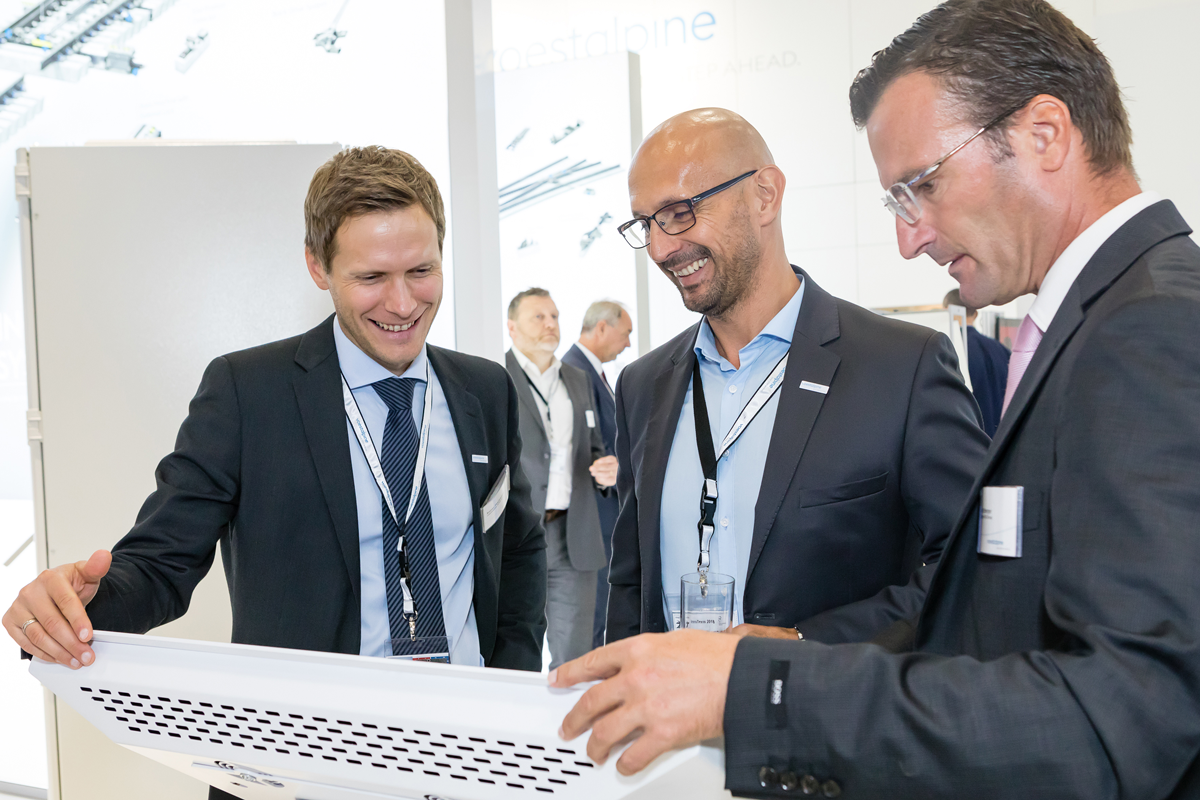 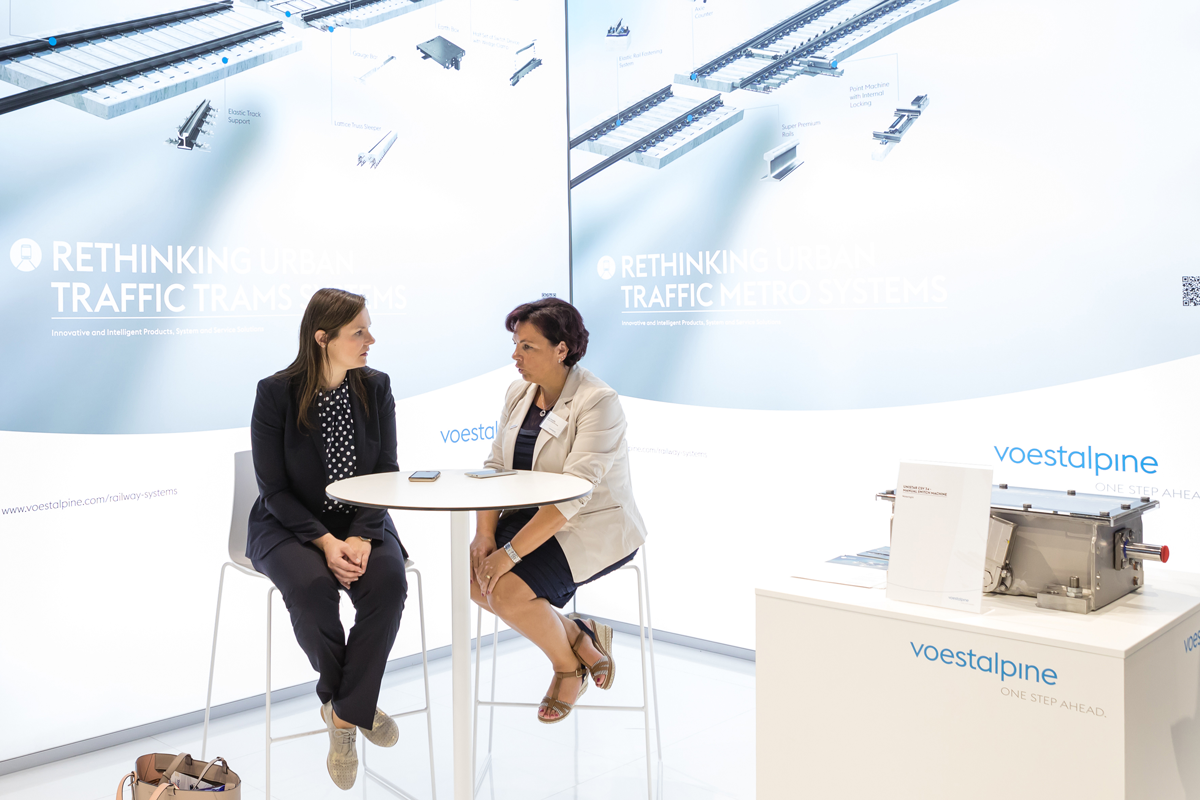 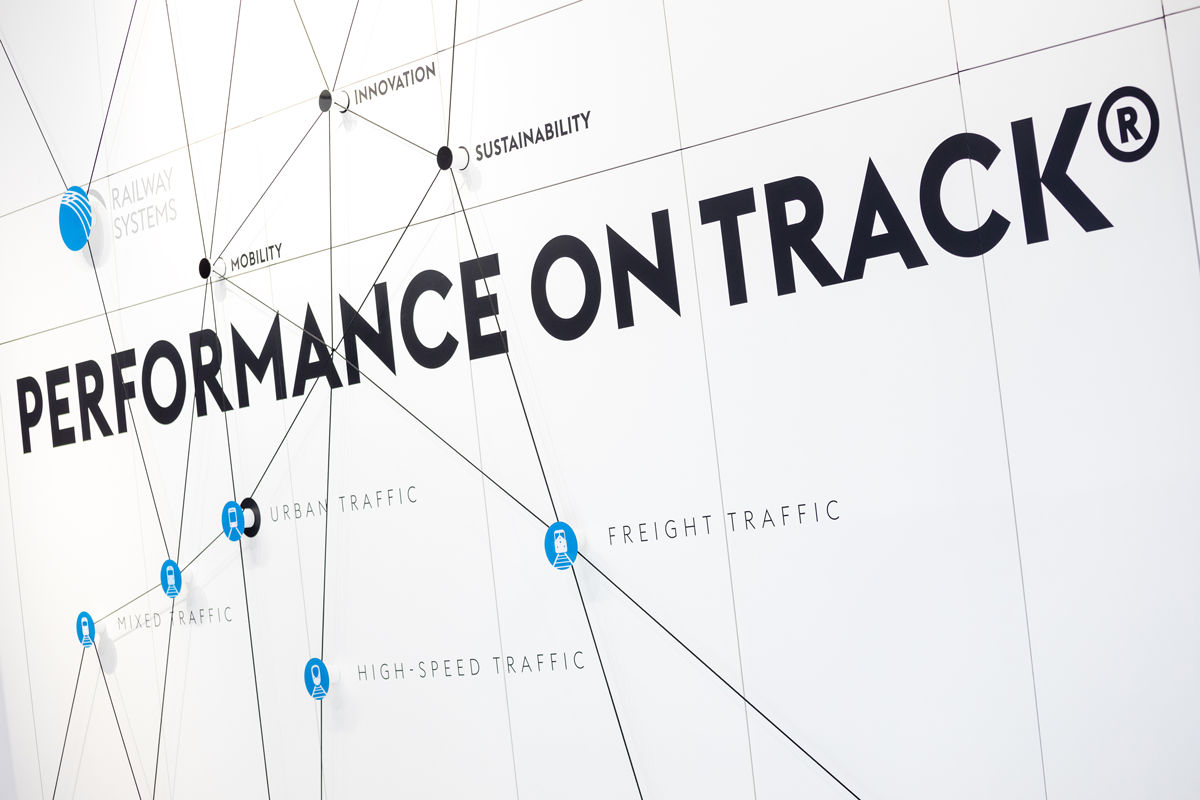 All in all, the voestalpine companies can look back on a very successful InnoTrans, and are positive that voestalpine will be able to further expand its position as the global leader in railway infrastructure systems under the new Railway Systems brand.

New branding for voestalpine Railway Systems
A marketing and communication structure has been developed for voestalpine Railway Systems which is consistently applied for all media and was also in effect on the exhibition stand. It has also been used on the new website which went online in time for InnoTrans.
http://www.voestalpine.com/railway-systems/en/
Viktoria Steiniger (Maternity Leave)