The voestalpine European Race in the capital of motorsport

Hot on the heels of the extremely successful voestalpine European Races debut in Rome, part of the ABB FIA Formula E Championship, and the first ever win by Panasonic Jaguar Racing and Mitch Evans, comes the next highlight: on Saturday, April 27, the championship will be run in motorsport’s secret capital.

For Paris is home both to the world motorsport federation FIA, and to current champion Jean-Eric Vergne. Paris is the prime example of a perfect Formula E circuit: right in the city center, and with an incredible view of several of the city’s landmarks. The race fans are really excited: will the eighth race bring the impossible, with another first season win for the eighth different team in a row? It would be one of the biggest sensations in the history of motorsport. The key facts.

Notre Dame fire: even so, Paris is ready for the race.

On Monday last week the world looked in horror on Paris. The fire which consumed Notre Dame Cathedral was a shock to many. But it isn’t a hurdle to the race being run. The very short 1.92 km circuit leads past the Dôme des Invalides. 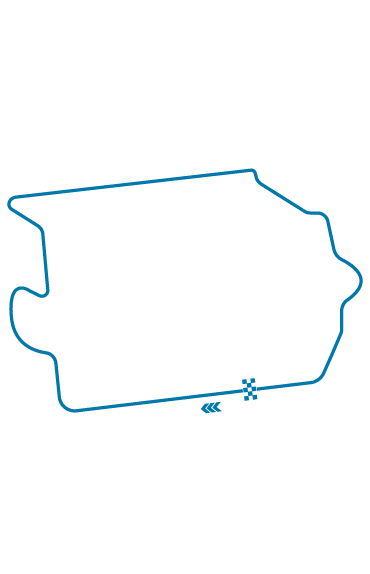 An image that Jean-Eric Vergne will never forget.

Current champion Jean-Eric Vergne loves the races in his home city. “Where else can you see the Eiffel Tower during the race, and walk to the start?” He describes his victory here last year, “as the most emotional win of my career.”

In the likewise extremely hard-fought battle for the team championship, DS TECHEETAH has extended its lead. For the current teams championship leaders, this is the first race in Paris since the Chinese started cooperating with French automotive group DS Automobiles. DS driver Andre Lotterer is already in third place in the driver rankings, and, like Robin Frijns, Lotterer has a chance to win the title although he hasn’t won a race to date. That confirms Antonio Felix da Costa’s theory that, “consistently winning points is the key to securing the championship title.”

New Zealander Mitch Evans entered the Formula E history books in Rome, both because he won the first voestalpine European Race ever run, and because his first Formula E victory was simultaneously the first for Jaguar in an international race since 1991. It’s no surprise that Evans is still smiling: “We simply worked really well over the past weeks.” His most important mentor is Mark Webber who guided him to Europe to race in junior motorsport in 2011. He was also one of the fans present in Rome to cheer at Evans’ victory. Incidentally, the 24-year old comes from the same pool of juniors as Brendon Hartley and Scott Dixon.

Good news for Austria: Maxi Günther will be at the start again.

Maximillian Günther’s intermittently strong performances are having an impact on his Formula E comeback in Rome. Born in Allgäu and holding both a German and Austrian passport, Günther will now be allowed to start in Paris for the GEOX Dragon Racing team. Felipe Nasr, who stood in for Günther for the races in Hong Kong and Sanya, is currently preparing for the next race in the American IMSA series. It has not yet been decided which of the two will drive in the remaining E-Prix races this season.

An eighth winning team in the eighth race?

Quite honestly, it should be unimaginable. Is it possible that, again, in the eighth race of the season, there will be another new team driving home to victory? It would be a uniquely varied outcome in motorsport. Yet only four teams are left still waiting for their first win, at least in this season. However, they include Nissan e.dams, a team who could be expected to win at any time. The precursor team, Renault e.dams, is the most successful team in Formula E history, and driver Sebastian Buemi is the record winner in Formula E, having won 15 races to date. Fellow driver Oliver Rowland has also put in several impressive performances recently. It would appear that either driver could win at any time. Others also waiting for their first win of the season include the NIO Formula E Team, HWA RACELAB (most recently with Stoffel Vandoorne on the podium in Rome), and GEOX Dragon Racing.

To the voestalpine Formula E site