Strong as a bear in the Bear Pit: Jean-Éric Vergne, winner of the 2019 voestalpine European Races trophy

His friends call him JEV, and when it comes to the ABB FIA Formula E Championship, he’s the boss. Reigning champion. Current leader in the rankings. And someone who drove into the history books on Saturday as the first ever winner of the voestalpine European Races trophy. With his victory at the Julius Baer Swiss E-Prix in Bern, cheered on by thousands of fans along the route, the 29-year old Parisian, who lives in London, picked up the coveted trophy which was presented to him right after the race by voestalpine CEO Wolfgang Eder.

Victories in Monaco and Bern, and third place in Berlin, secured this trophy honoring excellent performance for the DS TECHEETAH team driver. The tension was electrifying right down to the last meter, with Vergne winning just 16 hundredths of a second ahead of Mitch Evans of Panasonic Jaguar Racing who, according to Vergne, was “definitely the faster of us” during the end of the race. But even with his wild attacking manoeuvre, Evans was unable to get past the old hand who wasn’t about to risk everything with the rain setting in. And so it was Vergne who was able to proudly hold the exceptional trophy aloft on Sunday morning as he took off in his jet from Zürich airport. He now has every chance to become the first driver to successfully defend an ABB FIA Formula E Championship title: he leads by 32 points with just the two final races in New York to go this season. A maximum of 58 points are up for grabs in these two races—assuming one driver wins both races, starts in Julius Baer pole position on both Saturday and Sunday, and also get points for marking the fastest lap in each race.

Jean-Éric Vergne in his own words as he reflects on his success in Bern:

"When I arrived in Switzerland I felt like a zombie. Following the 24h race in Le Mans, which really didn’t go well for us this year, I wasn’t able to sleep well for two or three nights. I was both totally hyped, and at the same time exhausted. Even when preparing for this race in the simulator, it was still tough. But as a professional sportsperson you get to the point where you have to react, and you know that, from now on, you have to look forwards!"

Vergne on the tight duel for victory…

"It was, once again, an incredibly tight race, like it so often is in Formula E. In certain phases of the race Mitch Evans was faster, he was right behind me. And then it started to rain, just before the end of the race. It was really tricky, really difficult to drive and keep control of the cars on this uneven surface with our all-weather tires which aren’t specifically designed for rain."

…and on congratulations on winning the voestalpine trophy, as well as the ABB FIA Formula E Championship title as he already has a 32 point lead going into the last 2 races of the season.

"When it comes to the championship itself, I’m not allowing myself or anyone else to congratulate me. 32 points might sound a lot, but Formula E is extremely hard fought, and full of twists. So it’s really vital that you stay on the ball! But for us as team DS TECHEETAH, it’s already an incredible achievement being where we are today. And that we’ve managed to defend the title, as the first team ever to do so." 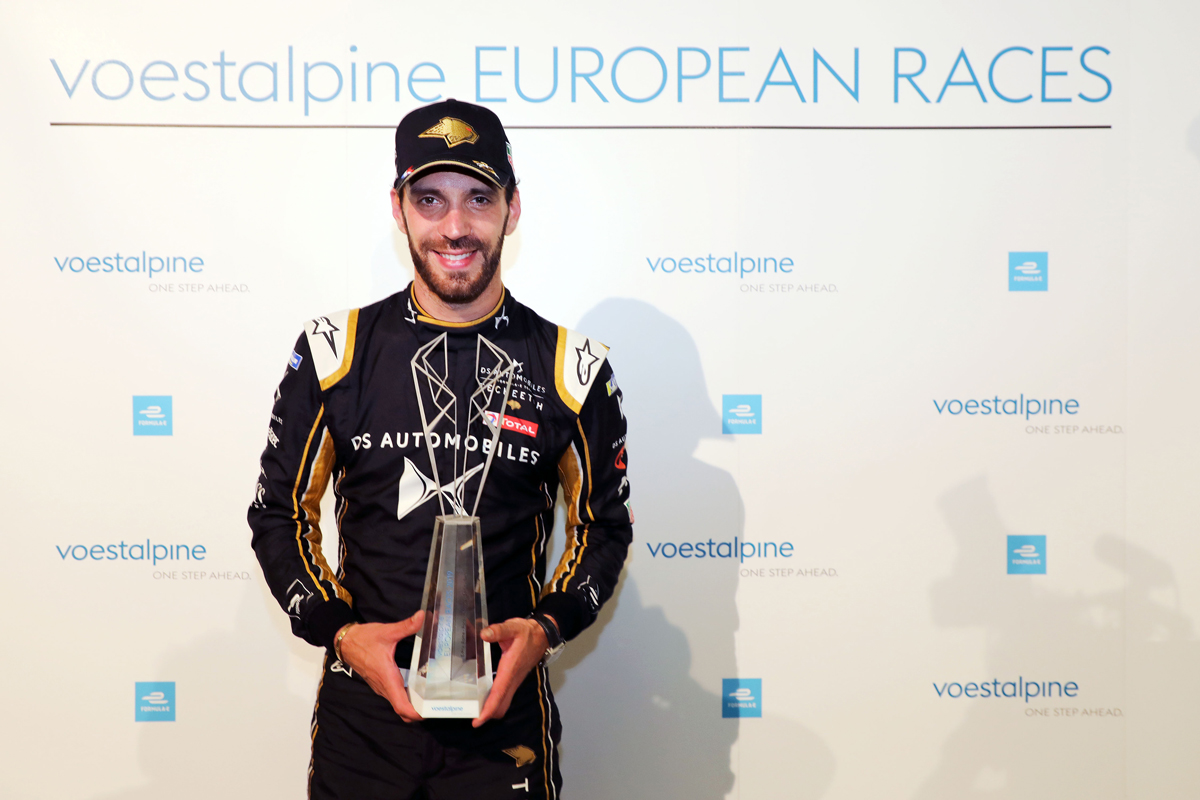 A quick portrait: Who is Jean-Éric Vergne, winner of the first series of the voestalpine European Races?
Born on April 25, 1990, “JEV”, as his friends know him, usually celebrates his birthday on or around the time of the Paris E-Prix, his home race. He started his karting career in 2001 at the age of eleven. In 2007 Jean-Éric moved to formula racing where straightaway he became the champion at the Formula Renault Campus. His first major international success came in 2010 when he became champion of what was then a very strong British Formula Three. He won 13 of the first 24 of 30 races to secure the title by mid-season—an incredible performance. Vergne won all three races on the famous driver’s circuit in Spa, Belgium, in a single weekend. Coming from Austria’s Red Bull development program, between 2012 and 2014 the Frenchman raced in Formula One for the Toro Rosso team, with Daniel Ricciardo as his team colleague for the first two years.
He started his career in Formula E in 2015, and after coming in 7th, 9th, and then 5th place at the season’s end, he became champion for the first time in the 2017/18 season. Vergne, whose driving strengths are both defensive (see his duel against Evans in Bern) and offensive (overtaking maneuvers, as in Berlin), and who is known for his meticulous preparations in the simulator, drives for team DS TECHEETAH.
“JEV” is also keen photographer, and has his own social media account for his images. His most emotional photographic moment in 2019: an hour before the fire broke out, he walked past, and photographed, Notre Dame Cathedral. 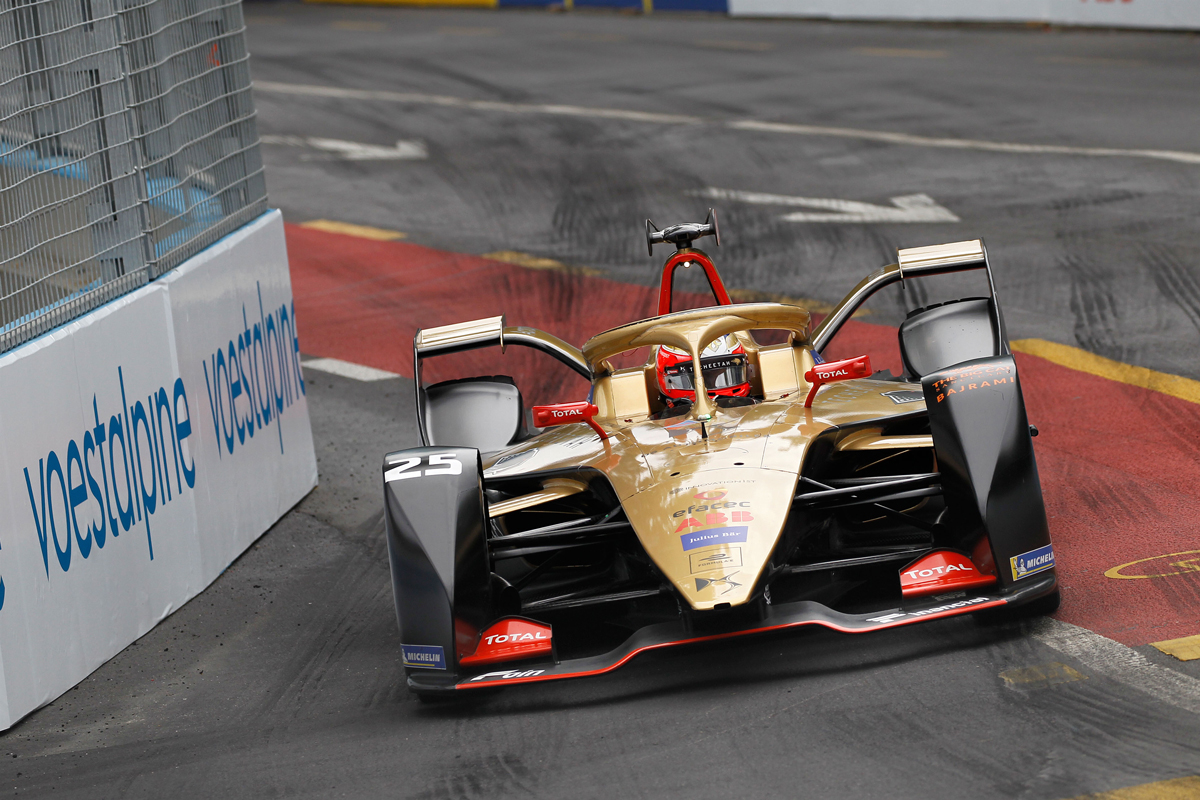 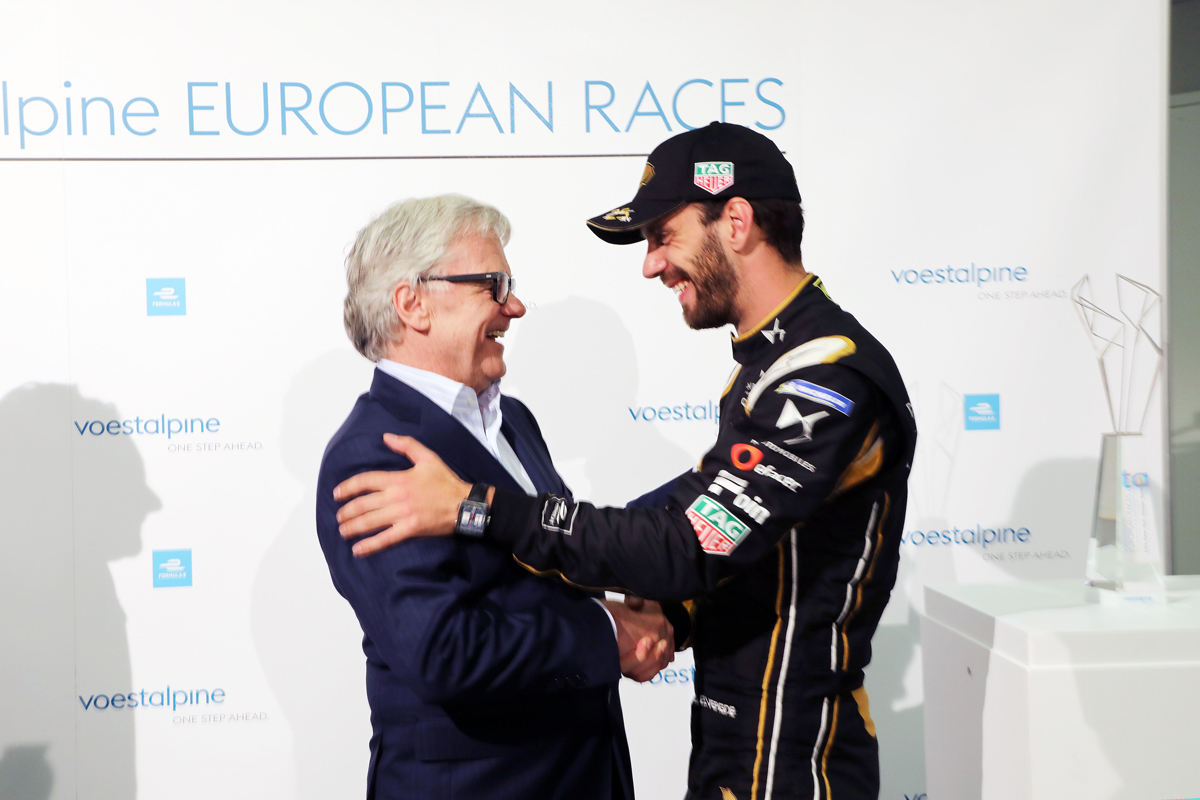 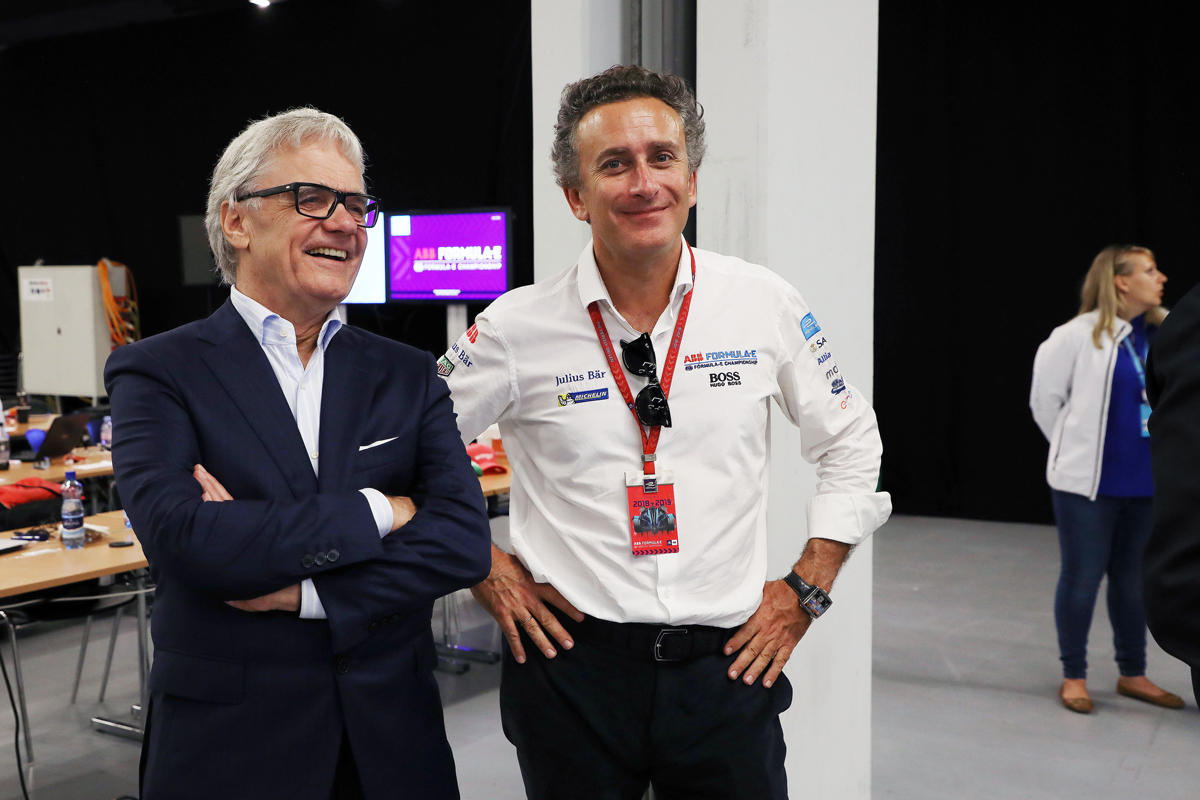 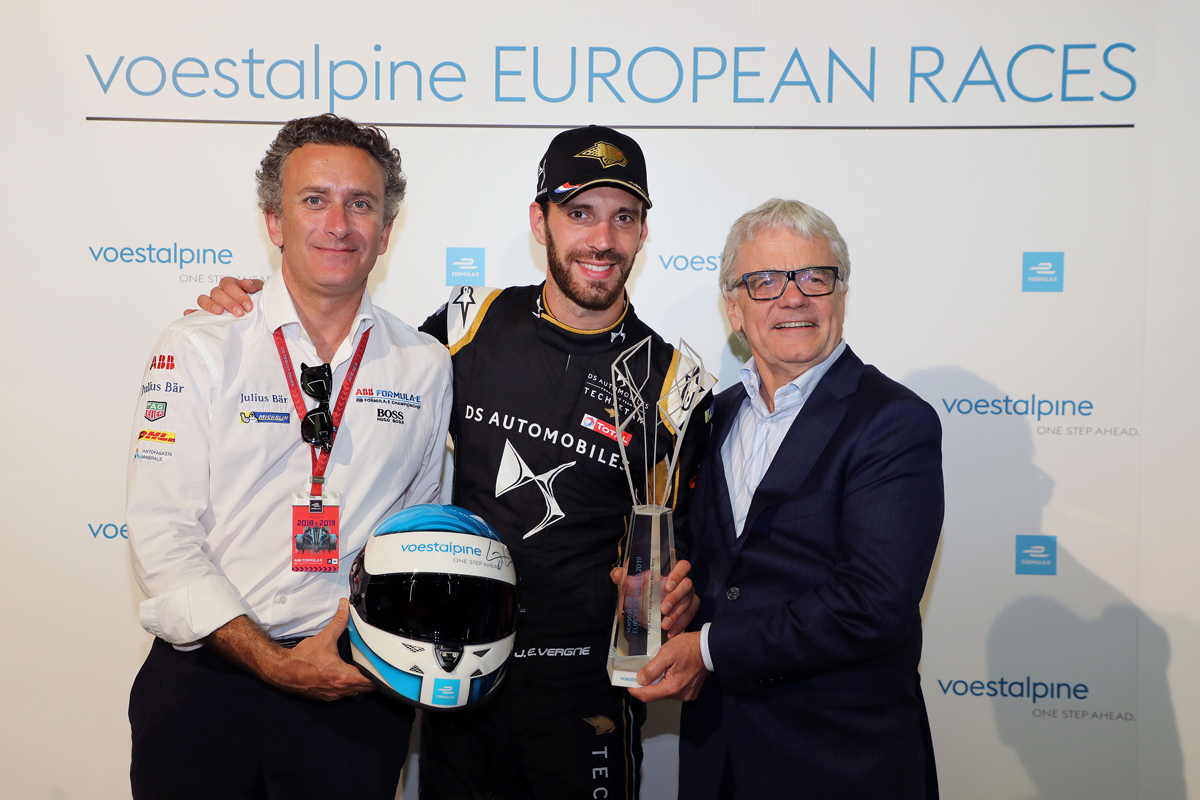 For information about the voestalpine European Races: https://www.voestalpine.com/formele/en