Paris: a spectacle in the rain. “Formula E is the hardest thing to drive!” 4 minutes spent reading
Formula E

Paris: a spectacle in the rain. “Formula E is the hardest thing to drive!”

Paris is the perfect example of an ideal location for the ABB FIA Formula E Championship and voestalpine European Races. The atmosphere in the heart of the city with all its historic buildings, paired with the view of the Eiffel Tower, is both wonderful and exciting. However, the dreadful weather conditions were a new challenge, at times with torrential rain, light hail and a storm.

“No other racing car in the world is harder to drive than a Formula E car in such conditions,” says Andre Lotterer who is currently leading the field in the battle for the voestalpine European Races trophy. Meanwhile the key feature of Formula E continues to be variation: the eighth race of the season brought home the eighth new winner. Each (!) one of these races has been won by a national of a different country. The stories from Paris.

The first win for Dutchman Robin Frijns (Envision Virgin Racing) in the ABB FIA Formula E Championship is remarkable for several reasons: not only did he win the first (!) official wet race in the history of the E-Prix (53 races to date), he simultaneously took over the lead in the hard fought driver championship rankings. Five races before the end of the season, there are still 145 points up for grabs, and, after trailing in eight races, Frijns now leads with 81 points, ahead of Andre Lotterer (DS TECHEETAH Formula E Team). After the race next weekend, nine drivers could lead the championship rankings mathematically, and all (!) drivers still theoretically have a chance of winning the title. The current leader has roughly half as many points as Jean-Eric Vergne when he led the field during this phase last year. That shows just how many different drivers have achieved top placings, and what an evenly matched championship this is. Plus, with Envision Virgin Racing, it’s a customer team in the championship lead. They are (just) ahead of Audi Sport ABT Schaeffler, their own manufacturer’s works team. In almost no other race series do private teams roll to the start with such a fair chance of winning. 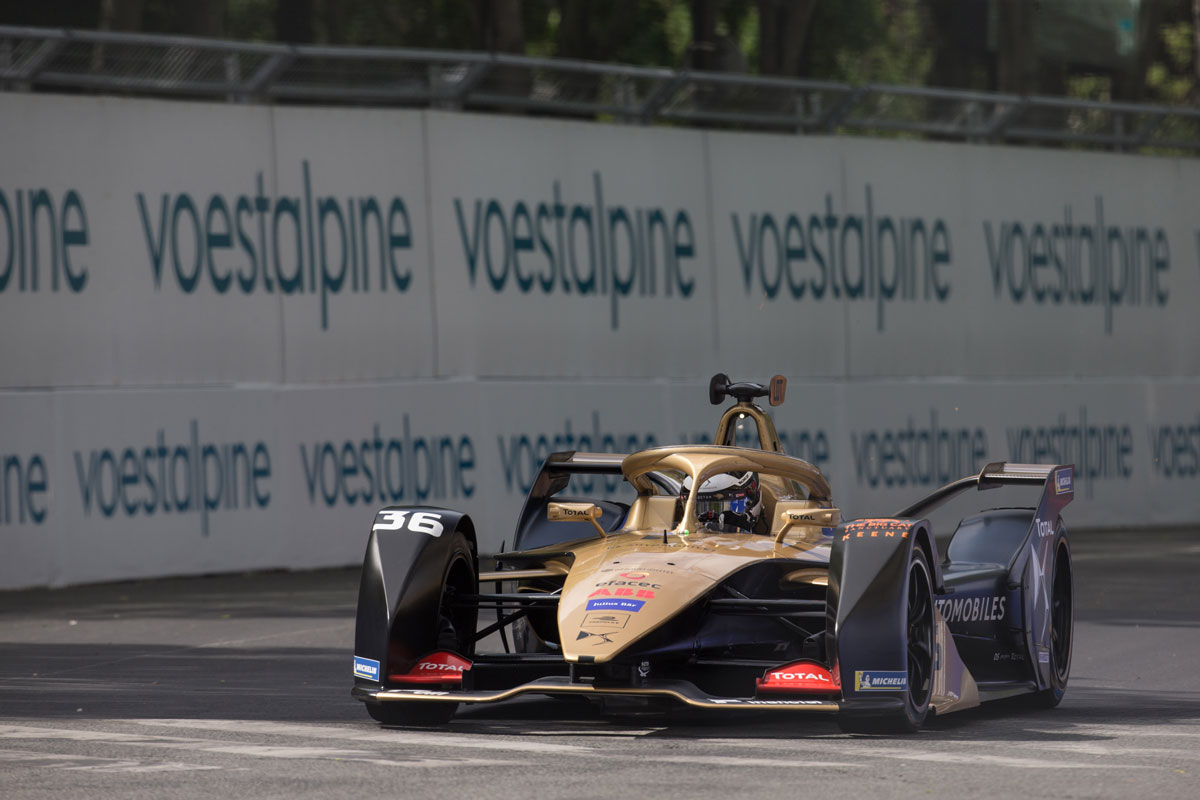 All you need to know about the winners in Paris

This season 27-year old Robin Frijns is the only driver racing in both Formula E and the DTM. Curiously, in the ABB FIA Formula E he drives for Envision Virgin Racing, the customer team of Audi, while in the DTM, the German Touring Car Masters, he’s a test driver for the Audi works team. Right from his childhood, Frijns has always been regarded as particularly talented, with Toto Wolff seeing in him one of the “best in the world in his age group”. In 2010 he won the European Formula BMW, in 2011 the Formula Renault 2.0 Eurocups, and in 2012 the Formula Renault 3.5. He consistently secures points, while at the same time is noted as one of the bravest and most daring drivers on the current scene. So it’s no mistake that it was during the bold race in rain and storm through the narrow Parisian streets that he managed to secure his maiden victory.

Lotterer on the huge challenge of Formula E in the rain

Worldwide, almost no drivers are familiar with as many different series as German competitor Andre Lotterer (37, DS TECHEETAH). He’s the winner of the Le Mans, a WEC World Champion, a superstar in Japan, and a tried-and-test Formula One driver. That makes the statement he issued following the race in the Parisian rain the answer to our question about comparing a rain race in Formula E with one in the Le Mans, Suzuka, or Spa:

"Believe it or not, Formula E is definitely the hardest series to drive, even when it’s dry. When you race in other categories, like in the Le Mans at 350 km/h, it’s still very simple because these cars have grip. Here, however, you’re praying for your life–every time you touch the brakes. It’s a totally challenging sport. I think that’s what makes Formula E truly unpredictable."

There’s always a next race: penalties for three drivers

The next highlight of the voestalpine European Races in the ABB FIA Formula E Championship comes as early as next week when the drivers will race in Monaco on (a part of) the world’s most famous city circuit. But following incidents and penalty points, three drivers will start the race with a handicap, being pushed back three places on the grid:
Edoardo Mortara, for causing a collision with Alex Lynn, Jerome D’Ambrosio, for colliding with Sam Bird, and Nissan e.dams rookie Oliver Rowland, for ending Alexander Sims’ race hopes.

The third of the voestalpine European Races starts in Monaco, on May 11, 2019.