The ABB FIA Formula E Championship has reached Europe–and what a start! In front of tens of thousands of enthusiastic fans, New Zealander Mitch Evans (Panasonic Jaguar Racing) snatched victory with a magnificent overtaking maneuver against Andre Lotterer (DS TECHEETAH). This makes him the first winner of the first of the voestalpine European Races.

Diversity continues to reign in Formula E: The seventh race of the season has brought about the seventh winner, and for seven times in a row a different team has won.

The hour of the Jaguar

It seemed impossible, but it actually happened: after six different teams won the first six races of the season, many thought that, with only eleven teams in the series, it was inevitable that one of these six would be a second-time winner this season at the race in Rome. But yet again the series produced another first-time winner, and in this case the number one enjoyed his first win in Formula E itself! Following the turbulence of a driver swap in the past few days, with Alex Lynn taking over from ex-champion Nelson Piquet Jr. in the cockpit, Panasonic Jaguar Racing was on top form. Evans’ win is the first for Jaguar in a higher category international race since 1991. 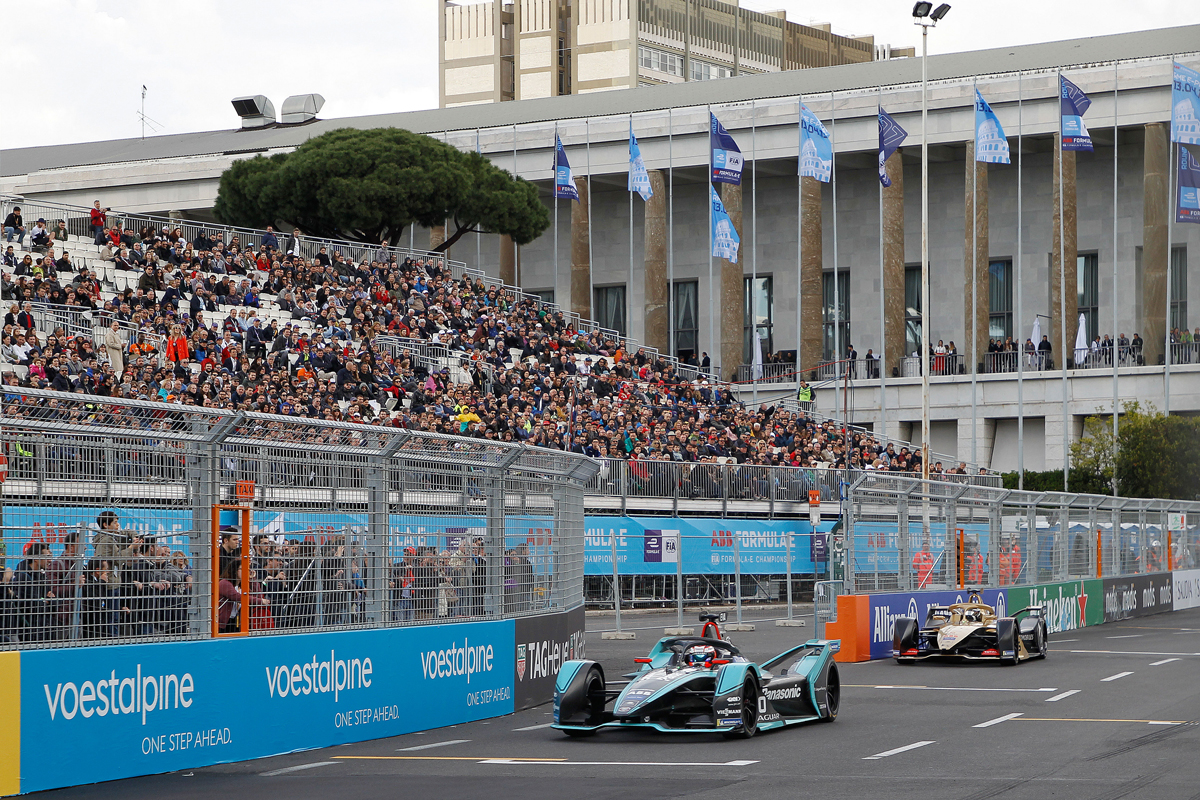 The “Slow down”–a shock for the winner

New Zealander Evans also celebrated his first win in Formula E, which is also the first in his career since winning the GP2 race at the Red Bull Ring in 2016. This time Evans won in front of his famous mentor Mark Webber–ex-Formula One star and WEC World Champion, who has been advancing Mitch’s career since his youth. Like everyone else, Webber was impressed at how his protégée stole the victory by overtaking leader Andre Lotterer in one of the tightest areas of the track. And he was then forced to cope with another shock just before the end of the race when his team ordered him to slow down. “That’s really not what you want to hear in such a situation,” Evans laughs.

But rather than it being because of a technical fault or to save energy, the reason was to ensure that he wouldn’t miss the activation zone–which had happened during the previous lap when he narrowly missed the ATTACK MODE activation zone.

Evans’ luck was Andre Lotterer’s misfortune. For the second time in three races, Lotterer held the lead right up to the end, but then the German was forced to let the Jaguar pass. Although one of the decade’s best long distance drivers and already a winner of the 24 h Le Mans, Lotterer will still have to wait for his first ABB FIA Formula E Championship triumph. Yet his passivity may pay off in the end: Very much like Robin Frijns, Lotterer is still right up there in the highly contested race for the title, even though he has yet to win an E-Prix.

The most highly contested championship in the world

In the rankings for the voestalpine European Races (the battle for the best podium placings in the five European races where top performance is rewarded), race winner Evans is in the lead ahead of Lotterer and Stoffel Vandoorne (3rd place in Rome, HWA RACELAB), but the rankings in the ABB Formula E Championship as a whole remain highly dramatic: a mere 13 points separate Jerome D’Ambrosio in first place and Edoardo Mortara (VENTURI Formula E Team) in ninth! An E-Prix winner is awarded 25 points, with the subsequent placings receiving 18 – 15 – 12 – 10, and then 8/6/4/2/1 points. A pole position gets three points, and the fastest lap one point. This shows just how tightly contested this championship is. 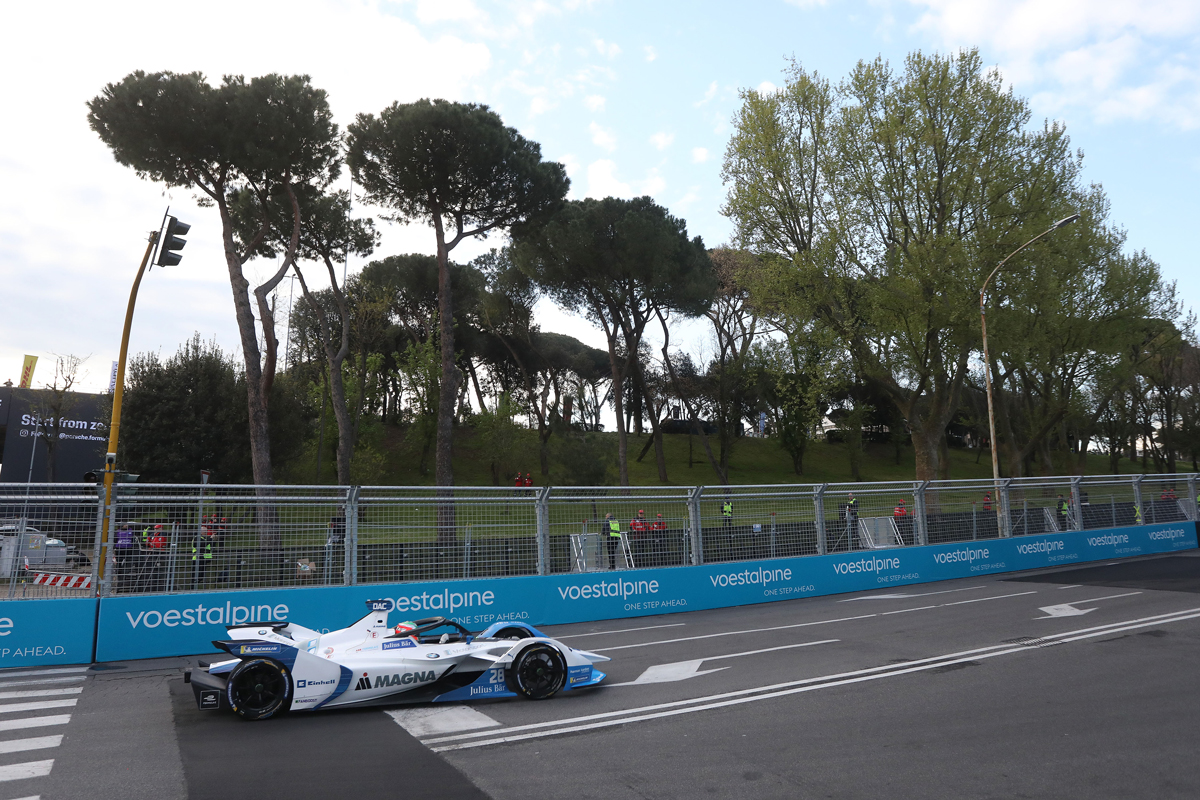 As the winner of the first of the five voestalpine European Races, Mitch Evans was permitted to shortly touch and lift up the 3D-printed voestalpine trophy. But only the driver with the best podium placings from all five European competitions will win the trophy and will be allowed to take it home. The countdown for the next race has started–in Paris, home of current title-holder Jean-Eric Vergne. Race day is April 27, 2019. 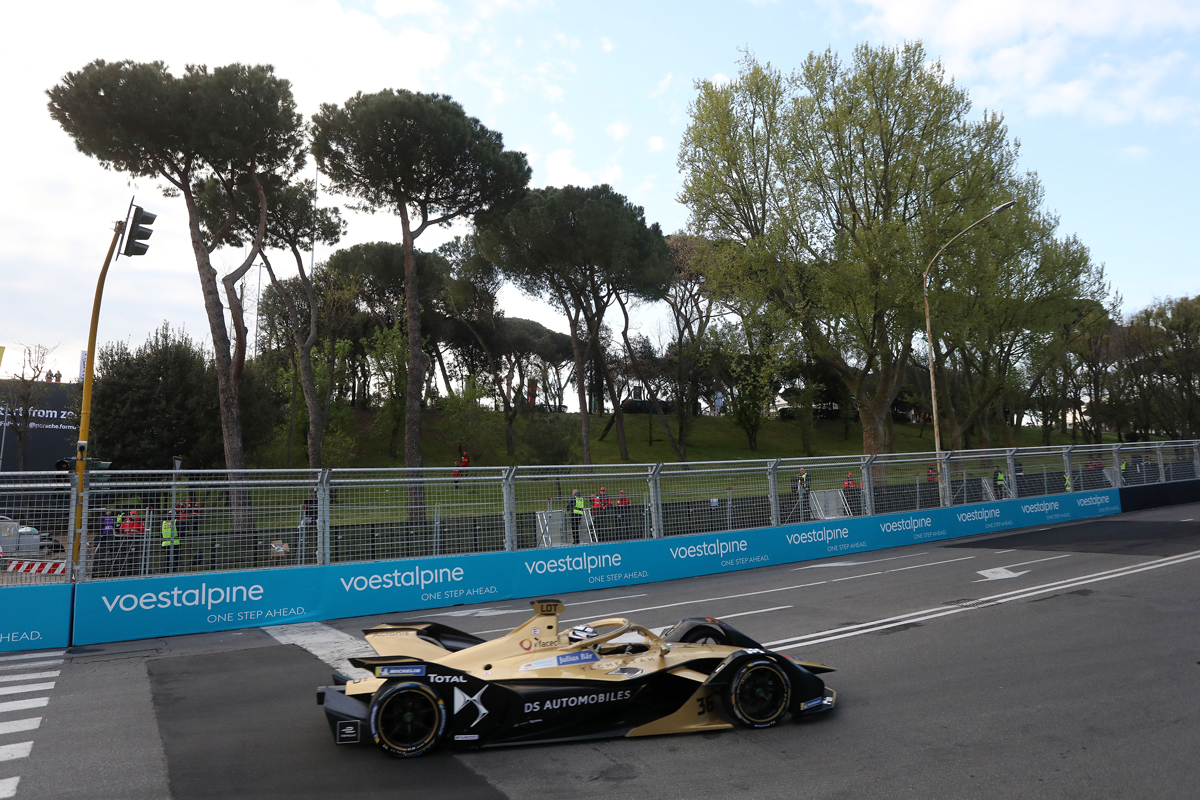