Lucas di Grassi: An interview with the pioneer of Formula E drivers

Third. Second. First. Second. His final placings in the championship have already proven that Brazilian Lucas di Grassi is an exceptionally skilled ABB FIA Formula E Championship driver. In an interview with motorsport journalist Enzinger, the 34-year old ex-Formula One driver talks about his life’s work: Formula E in its early days and as the series of the future.

As the first driver to take the step of joining this promising form of racing back in 2012, Audi works driver Lucas di Grassi, who is also the CEO of Roborace, is regarded as the pioneer and visionary of this electric series. 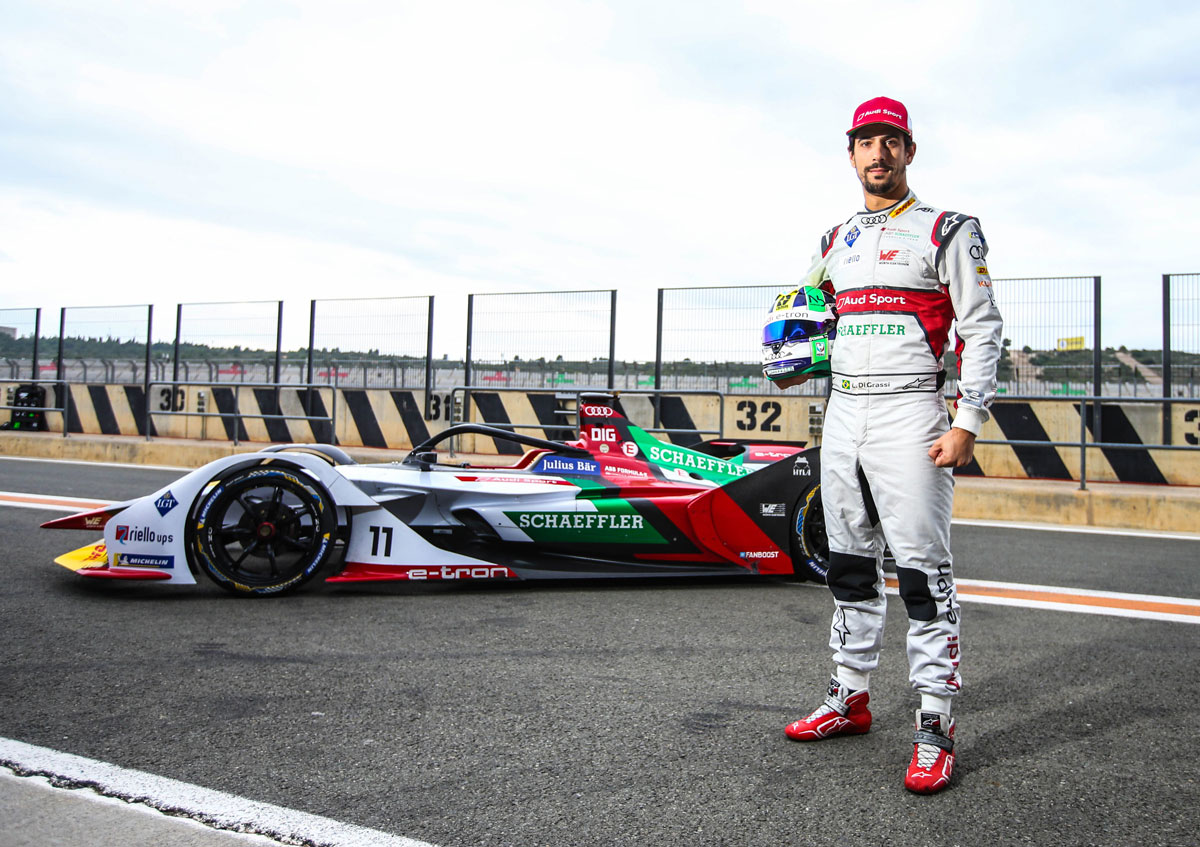 You are one of the last trailblazers from the first season of Formula E, and have been part of the series from the very first race. Now in its fifth season, the series is being significantly updated, and welcomes a new generation of race cars. What emotions does this unleash in you?

Lucas di Grassi: Let’s start at the beginning. I was the first ever driver to decide to join Formula E; at that time there was nothing tangible about the series, nor anything to drive. When I started back then, there was no such thing as an electric race car, and no one knew what to expect. The consequence was that we were all very conservative when it came to the design of the car, reaching for technologies which already existed. So when you consider the development cycle through to production, plus the four years in which we drove with the first-generation cars, then clearly these cars had become outdated. Especially when it comes to the battery technology which derives from 2013, and which forced us to compete in each race with two cars. The idea was very simple; the major difference was the electric motor and the battery.

"All in all, however, the series was quickly a huge success. And now we are all anxiously waiting to see what will happen—with completely new vehicles."

You’ve driven in practically everything: Formula One, LMP1, and DTM. In terms of driving, what differentiates Formula E from all these series?

Well, it’s a dramatic difference compared to Formula One. In Formula E the aim and the intention of the organizers was to design the rules so that all the drivers were working with pretty well the same materials. That’s why we have good races—not like in Formula One where the last car is sometimes five seconds slower than the leading car on each lap, and doesn’t have the slightest chance of winning, irrespective of who’s driving. In Formula E there is a difference of perhaps half a second between the best and worst car—this is the level of difference that the team can achieve through good technical work. But it’s still small enough to allow the driver to compensate. That’s why I enjoy driving here so much more than in Formula One: here I can continually fight to achieve a good placing, whereas in my inferior car in Formula One, a really good drive might see me achieve 15th place, instead of 16th. The potential successes were no greater than that.

"Back then I was the first to make this move; almost no one instantly followed me. Nowadays at least 100 race drivers would love to immediately drive in this championship. " 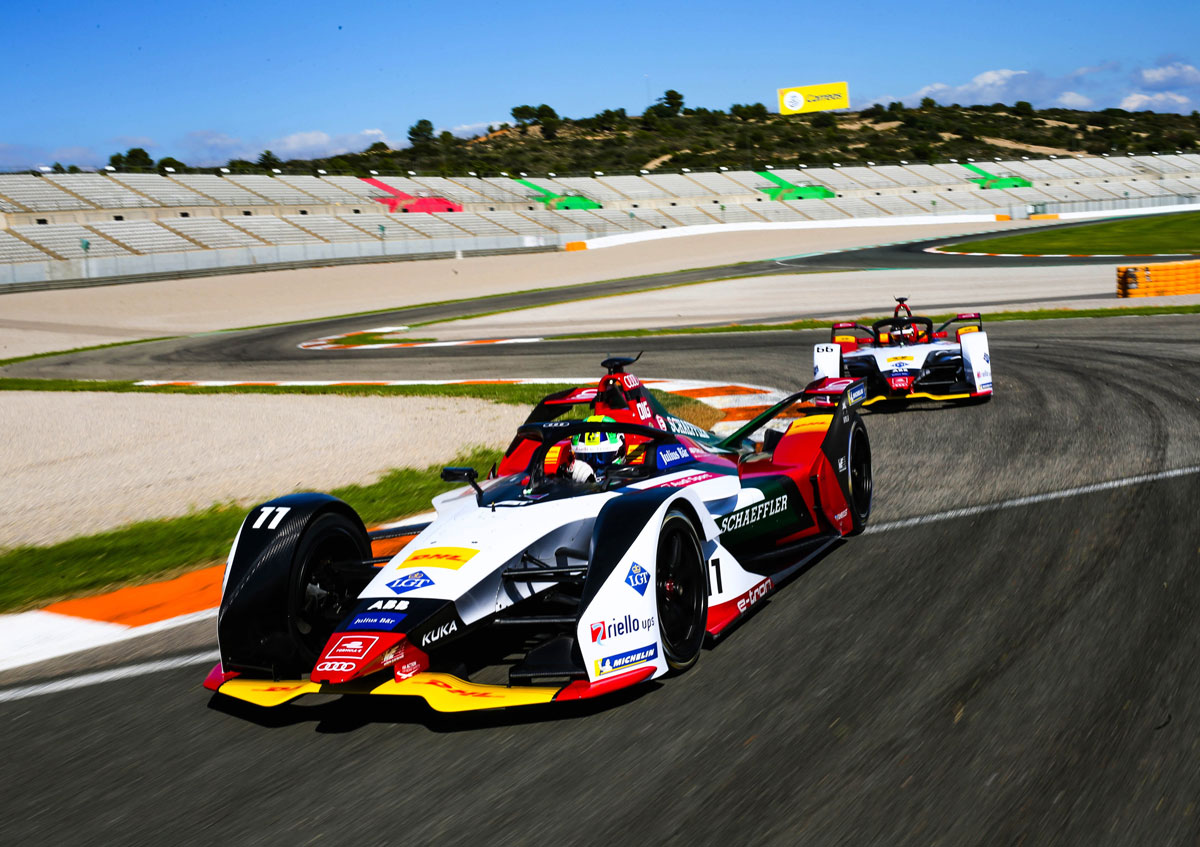 That’s also, of course, because the race cars themselves are becoming faster and more attractive.

Yes, although in future the design will certainly shift even more in the direction of electric vehicles. When it comes to storage capacities, the potential is huge: imagine if the output doubled in just five years. And this development will continue for a while. You can just imagine what might be possible after another five years. That also applies to interest from sponsors. More than 50 partners are already very active in Formula E; it’s a very popular environment.

When it comes to recruiting high-value sponsors, Formula E is increasingly proving more attractive than Formula One. But when will the level of interest in Formula E amongst fans match that of what has always, to date, been seen as the ultimate motorsport?

You need to take a more differentiated approach to public interest; you have to imagine what it would be like if suddenly a different type of football were invented. Even if the new game was better, people would still continue to watch the conventional form of the sport for a long time. It takes generations for cultural affinities to change. The hard-core motorsport fan would be very unlikely to swap their former allegiances if they’ve spent their whole life following Formula One. But the younger generation, who’ve never watched any other type of race, will quickly become fans of Formula E and its innovations. It was the same for me in 2012. Back then I was the fourth person to start working in Formula E. It was just us: Alejandro Agag, the founder of the series, our friend Alberto, his secretary, and me (laughs). But I could clearly see the potential because there is a demand for electric cars on the roads. That meant the automotive industry had to quickly discover a passion for Formula E, but we are all amazed at just how fast it’s happening. 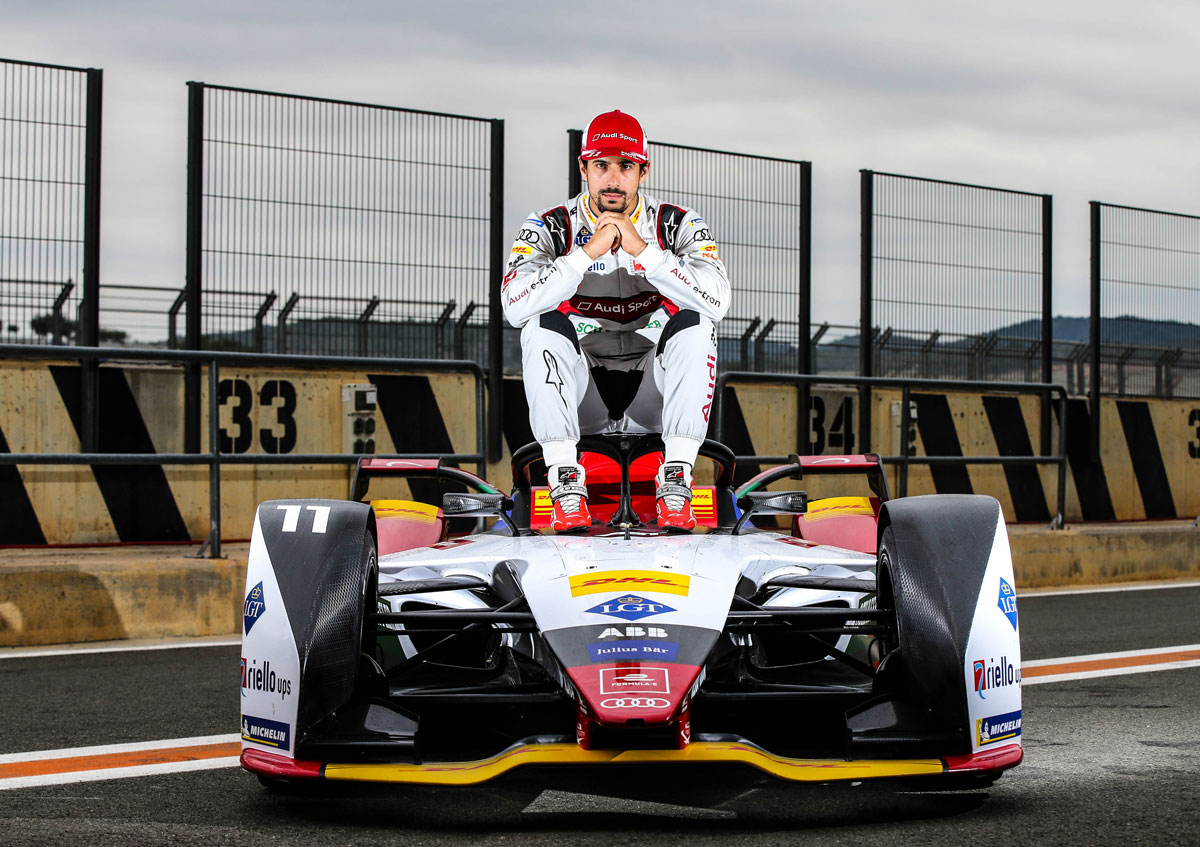