Home race in Bern for the man of the hour: Buemi delighted with “a circuit that offers everything!” 3 minutes spent reading
Formula E

Home race in Bern for the man of the hour: Buemi delighted with “a circuit that offers everything!”

At the final of the voestalpine European Races in Bern on Saturday, the crowds could end up celebrating a local hero as the title holder. Sébastien Buemi, together with Lucas di Grassi, is probably the biggest legend in the ABB FIA Formula E Championship to date, and was most recently the pole setter and runner-up at the E-Prix in Berlin. The Nissan e.dams driver comes to the capital of his home country having just notched up a very special achievement last weekend, namely winning the 24h Le Mans for the second time in his career. Now he hopes to add the 3D-printed voestalpine European Races trophy to his collection.

Mr. Buemi, you’ve got a new site in Bern for your home race and are already familiar with the circuit having completed a show run there. So what can we expect to see?

SÉBASTIEN BUEMI: “It’s always difficult to explain a new circuit to someone who hasn’t yet seen it in the simulator. It looks good, it’s a real challenge, and the circuit has everything you can hope for in a city. It runs along walls, goes uphill, downhill, and up again. There are some very varied passages, and a few sections have some very special features. It’s a great home race for Edoardo Mortara and myself.”

As a Formula One driver for many years and still a member of the Red Bull Racing test team, you’re certainly qualified to explain the difference between Formula E and the Grand Prix of motorsport.

SÉBASTIEN BUEMI: “Well, this year fans will probably have more fun watching Formula E. The advantage here is that the rankings are just so, so close. You never know who’s going to win. In Formula One it’s Mercedes, or perhaps Ferrari. Plus maybe Red Bull, but that’s already the maximum number of possible outcomes. I like that Formula E is different, so that even in the morning no one knows who’ll be on the podium at the end of the day.”

Or who’ll come out top in the voestalpine European Race races?

SÉBASTIEN BUEMI: “This well-balanced field of competitors is great, and makes the series what it is, even if a couple of drivers do manage to pull ahead of the rest towards the end of the championship.” 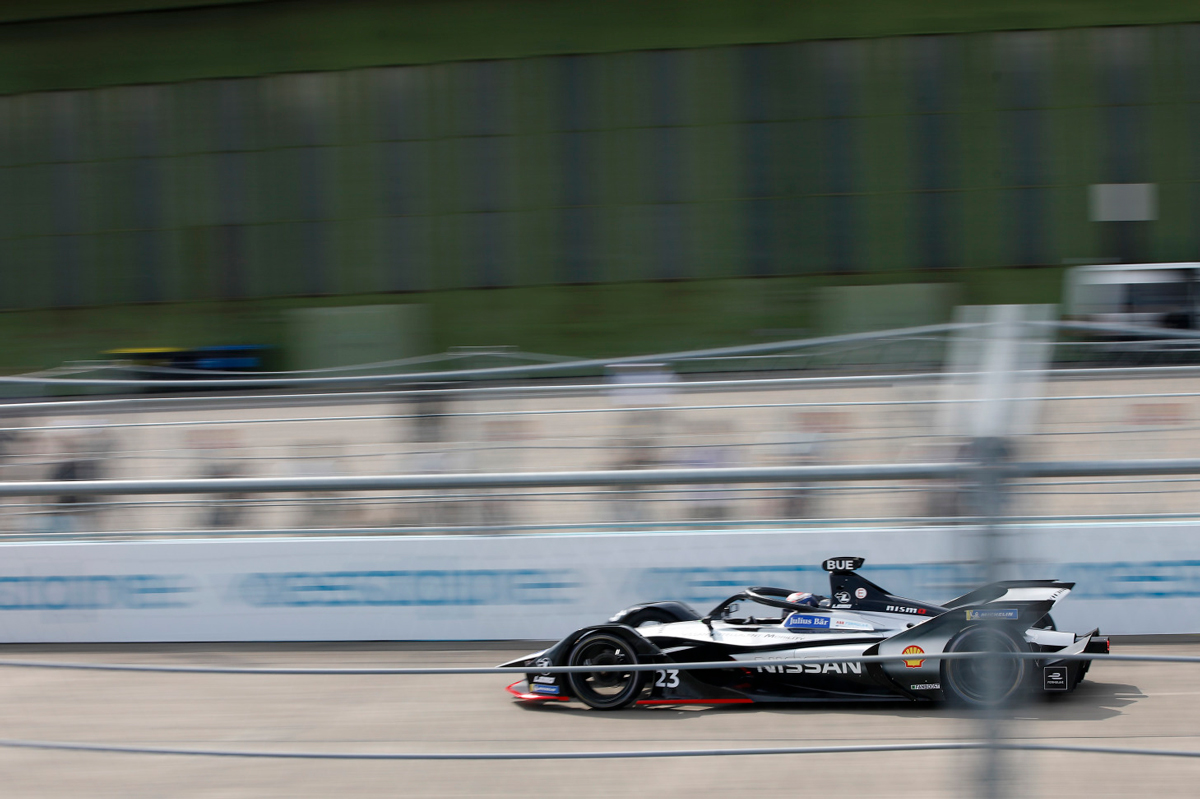 SÉBASTIEN BUEMI: “Without doubt, it’s everyone being so evenly matched. The competition is truly intense. The fun lies in knowing that if I drive a really good lap I get right ahead, but when I make a mistake I fall straight back. So it’s primarily the drivers that make the difference.”

As someone who’s been part of Formula E from the very first race, you’re more qualified than anyone else to answer this question: how has the driving changed since then?

SÉBASTIEN BUEMI: “The car isn’t very different from last year. You’ve got more power. You’ve got roughly the same downforce. And you don’t notice a huge difference when driving. Brake-by-wire makes everything a bit easier. You can recuperate more power and, in terms of energy management, the car is more efficient. The battery supplies much more power. The teams have improved hugely overall, and that means we have to consider the fine details if we want to get ahead of our competitors.”

SÉBASTIEN BUEMI: “I’m happy with the championship. I think it’s good when everyone’s so evenly matched. Plus more of the manufacturers are taking part. But I think it’s important not to loosen the rules too much, because then you’d see far greater differences between the teams. In the end, I think it should remain a drivers’ championship, and not just be about the best technologies. We need to find a good compromise between the two. But Formula E and the FIA have done a great job together.”

The Juilus Baer Swiss E-Prix, the final of this season’s voestalpine European Races, starts on Saturday, June 22, 2019, at 6:00 p.m. ORF eins, ARD Livestream, and Eurosport 1 will all be broadcasting live.