Formula E in Monaco: the formula of future racing on a historic circuit

It’s the halfway point in the voestalpine European Races, part of the 2018/19 ABB FIA Formula E Championship. And there could hardly be a more grand location in which to mark this occasion: Monaco, the principality which has hosted motor racing for the past 90 years. And every alternate year in Formula E’s calendar since 2015, it has also been giving fans the chance to experience the future of motorsport. It’s the ideal location for following the rapid rise of this booming race series. A quick run through the key facts.

Nowhere are the celebrations more international than in Formula E

Eight races, eight different winners, seven different winning teams, six different winning manufacturers—the variety offered by this diverse championship is sensational. But there is one thing that highlights the international success of the ABB FIA Formula E Championship: the eight winners this season have come from eight different nations: Portugal, Belgium, Great Britain, Brazil, Switzerland, France, New Zealand, and most recently the Netherlands. A German winner can only be a matter of time, considering that there a total of four potential candidates: André Lotterer, Daniel Abt, Pascal Wehrlein, and Maximilian Günther. 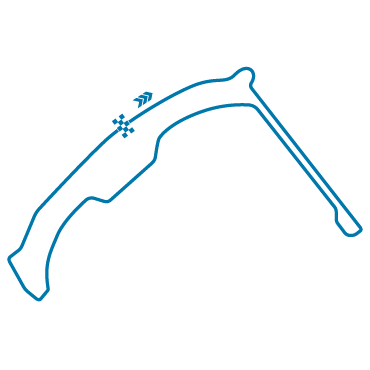 Monaco is a home game for one winning team

The VENTURI Formula E team is the only team based in Monaco. Headed by team boss Susie Wolff, and with Edoardo Mortara at the wheel, the team has recently won its first ever Formula E race. Venturi has a long-standing involvement with electric cars and has already set several world records in this field. In 2010, for example, when a Citroen Berlingo First, powered by Venturi, completed the roughly 14,000 km route from Shanghai to Paris, establishing a course record for electric production vehicles. Working closely with the Ohio State University and with a Jamais Contente, Venturi has also set speed records for electric cars: in 2009 averaging over 487 km/h (based on fuel cells), and in 2010 with batteries and averaging over 495 km/h. Top speed: 515 km/h. 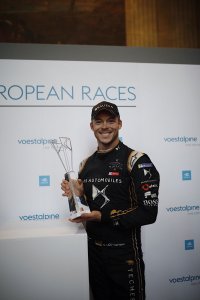 Duisburg-born André Lotterer is also a Monaco resident. With two podium places in the two European races in Rome and Paris, the German is now in second place in the ABB FIA Formula E Championship rankings, whilst simultaneously leading the voestalpine European Races rankings. The DS TECHEETAH driver also caused a stir with the statements he made after the rain race in France: his passionate plea for Formula E, his report on the race (“Formula E is the most difficult car to drive, but it’s a really challenging game. Theres a lot of do behind the wheel for the drivers which is good”, have all been shared thousands of times on social media, with his colleagues Jérôme d’Ambrosio, Robin Frijns, and Daniel Abt all enthusiastically nodding in agreement. It’s no wonder, because in driving circles Lotterer is seen as an absolute icon, having won the long-distance classic in Le Mans three times. He’s also a legend in Japan where he has won both the Superformula and SuperGT. His appraisal of the sporting challenge that is Formula E is seen as spot on.

With his fifth place in Paris, Maximillian Günther has proven his value to the GEOX DRAGON team. To date, this driver with Austrian roots had been swapped with Brazilian Felipe Nasr in the cockpit. But the results speak clearly for the Allgäuer.

Can Sébastien Buemi continue his series of Monaco wins to end his run of bad luck?

The headline sounds confusing, but it’s true. Swiss driver Sébastien Buemi remains unbeaten in Monaco for Formula E, winning both in 2015 and 2017. But this season the Formula E record holder (12 E-Prix triumphs) and his team Nissan e.dams are still without a win, even though he’s often amongst the absolute fastest, especially during qualifying. It’s quite possible that he or his team colleague Oliver Rowland will turn in a winning performance in Monaco, so that Formula E can record yet another winning team this season.

Scotsman Allan McNish is 50 this year, and is regarded as a motorsport legend: the current team boss of Audi Sport ABT Schaeffler won the Le Mans three teams. He’s delighted by how the ABB FIA Formula E Championship has developed: “I was in Monaco in a private capacity in 2015, living there with my family. And quite honestly, I didn’t find the whole event particularly thrilling. But I came again in 2017, and this time it was simply ‘wow!’ The developments and the advances that this series and these cars are making is breathtaking. Now we’re in season five, and it’s sensational and impressive in every way. It’s the future!”