And they’re off! The 24 drivers and cars now making up the ABB FIA Formula E Championship got season 6 off to a screeching start with a double-header in Diriyah. By July 2020, after the next 12 races, the championship will have its victor, while the five European races in Rome, Paris, Berlin, and London (twice) will determine the winner of the voestalpine European Races Award, part of this vibrant and booming race series.

Designed to produce thrilling races right from the start, Formula E is notable for its impressive variety, as well as its strong showing amongst the German manufacturers.

Why were the two races in Diriyah, near Riyadh, historic?

For the first time in an international series, works teams from the four major German premium manufacturers—Audi, BMW, Mercedes, and Porsche—competed against one another. This highlights the significance of the ABB FIA Formula E Championship to carmakers in terms of the technical innovations as well as their public image and commitment to zero emission mobility. This premiere was also exceptionally successful for the “Made in Germany” teams: in both races only cars with German powertrains secured top three placings, while on Saturday it was exclusively drivers in German works teams who stepped onto the podium. 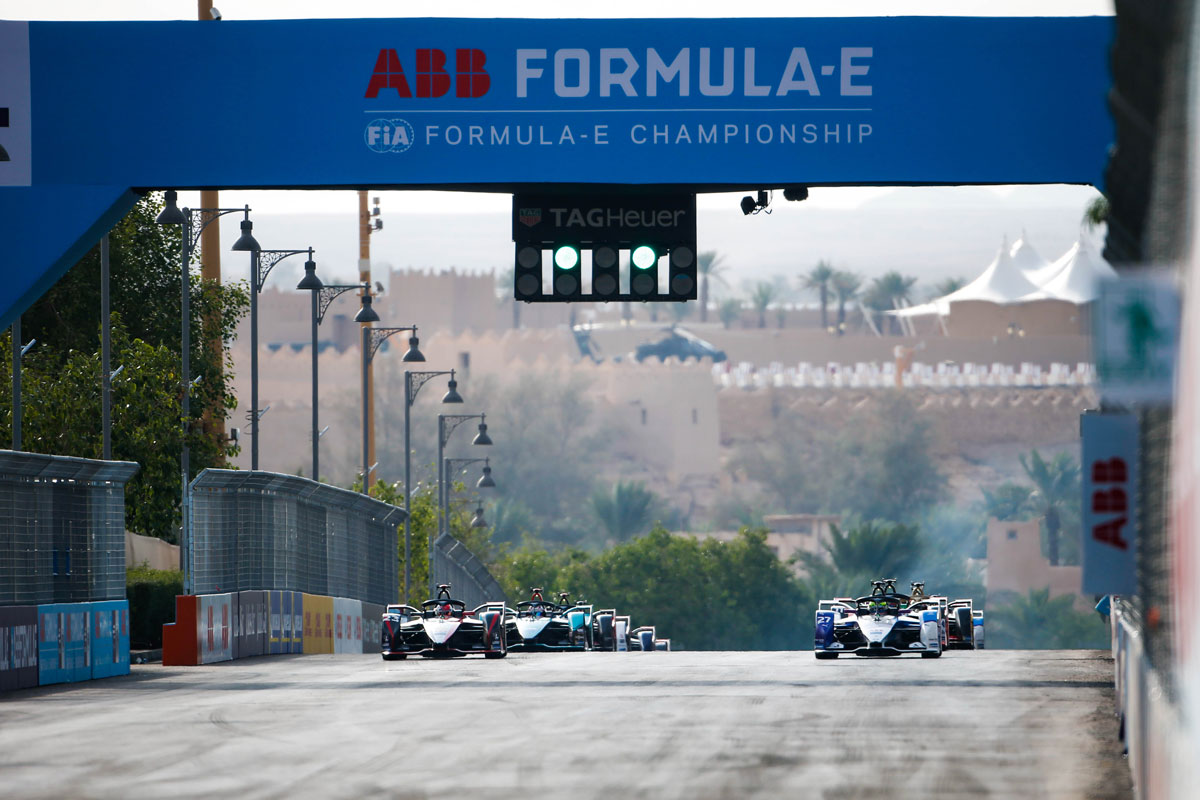 How did the two new teams perform?

This was the debut weekend for the two famous Swabian marques, TAG Heuer Porsche and Mercedes-Benz EQ, who rank among the world’s most successful motorsports companies. They both immediately made their presence felt: in the first race German André Lotterer, driving for Porsche, stormed straight onto the podium, coming in second place, while at Mercedes, Belgian driver Stoffel Vandoorne came third in both races, putting his team at the top of the team rankings. These two marques made their debut under the guidance of two Austrian motorsport bosses—Styrian Fritz Enzinger at Porsche, and Viennese Toto Wolff for Mercedes. 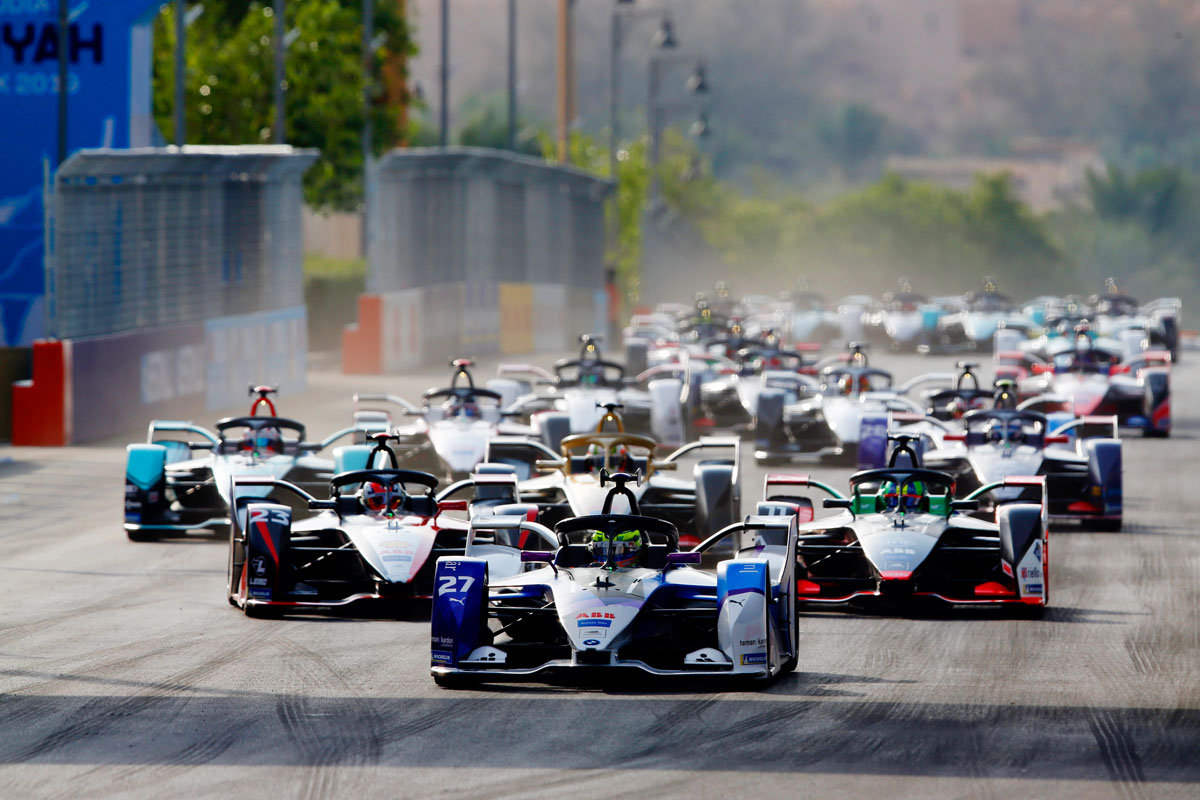 Who was the weekend’s fastest man?

While it was the German manufacturers whose powertrains dominated in Saudi Arabia, when it came to the driving, it was the Brits who scooped the wins. Sam Bird (Envision Virgin Racing) won the season’s opening race, while fellow countryman Alexander Sims (BMW i Andretti Motorsport) was the victor of the E-Prix on Saturday. Sims was also the weekend’s fastest man: he secured pole position in both races so that, together with the last race of season five in New York, he has been unbeaten in the past three qualifiers – a record in the series. Sims now heads the driver rankings with 35 points.

What should you know about the recent victor, Alexander Sims?

Following his Formula E debut last season, and after two best times during testing in Valencia which had offered him a chance of victory in the first races, the Brit suffered an almost incredible run of bad luck, involving a range of technical issues as well as several collisions, most of which were beyond his control. It was only in New York at the end of the season that he was able to turn his ability into results, clinching second place in the final race. Up to just a few weeks before the start of the current season, his place in the team hadn’t been officially declared—driver Maximilian Günther had been confirmed weeks earlier. “But I prepared myself as if it had always been clear that I’d be at the start in Diriyah.” His expectations were equally ambitious, including his first victory in a formula race since the GP3 series in August 2013. Sims was joined on the podium by his teammate Günther. However, a 24-second penalty was imposed on the half-Austrian following the ceremony as he, like others, had overtaken a rival during a safety car period. 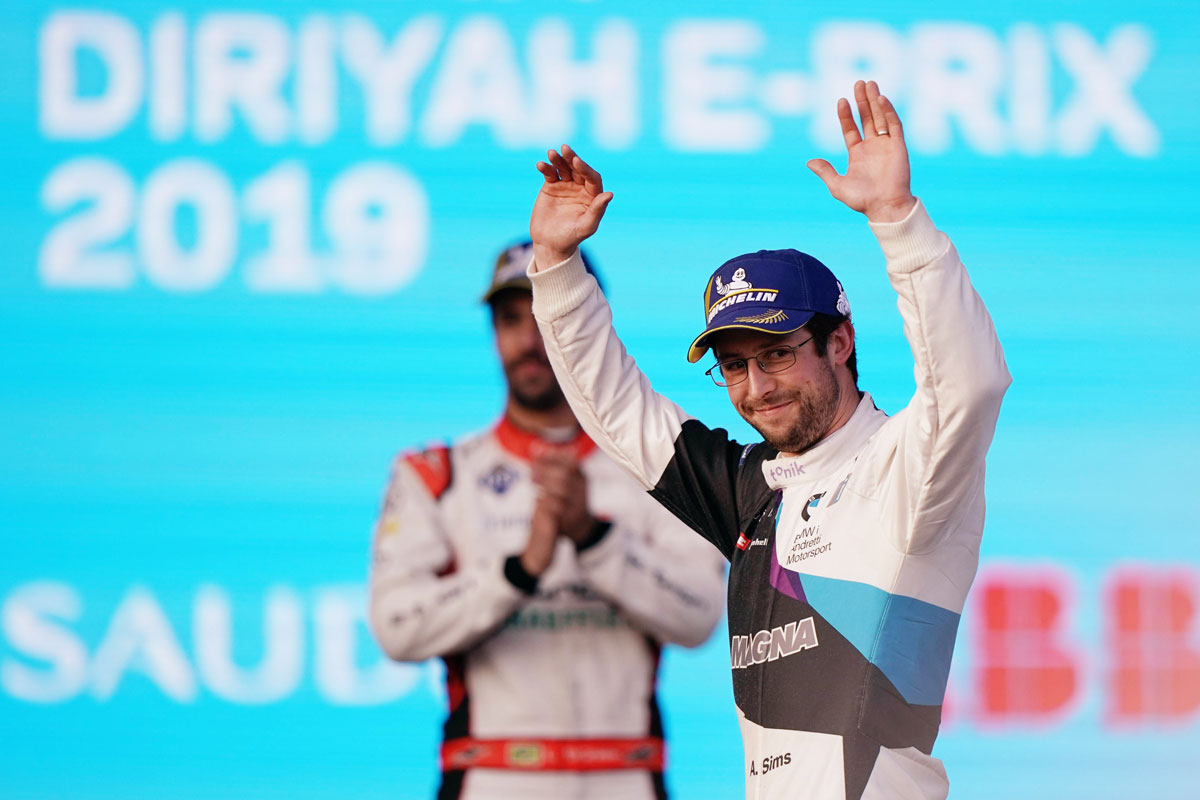 Why was “The Star-Spangled Banner” played although BMW was the winner?

For years BMW has worked with the American Andretti team, explaining why BMW i Andretti Motorsport drives under a US license. Michael Andretti, son of the legendary team founder Mario Andretti and himself an ex-Formula One driver, had the honor of joining Sims on the podium.

What about the performance of the drivers making their debut in Formula E?

The most conspicuous of the new drivers was Dutchman Nyck de Vries (Mercedes-Benz EQ) who crossed the finishing line sixth in both races. However, like many others, he was awarded time penalties, pushing him back into 16th place. But currently at number 9, he’s the best placed rookie in the championship rankings. James Calado (Panasonic Jaguar Racing) is eleventh, after pulling in 7th in the second race. The two motorsport drivers Brendon Hartley and Nico Müller, both with long and successful racing histories, made their Formula E debut with GEOX DRAGON. While the New Zealander could be happy with 9th place, problems prevented the Swiss DTM star from starting at all on Friday, and on Sunday he was forced to finish the race early. 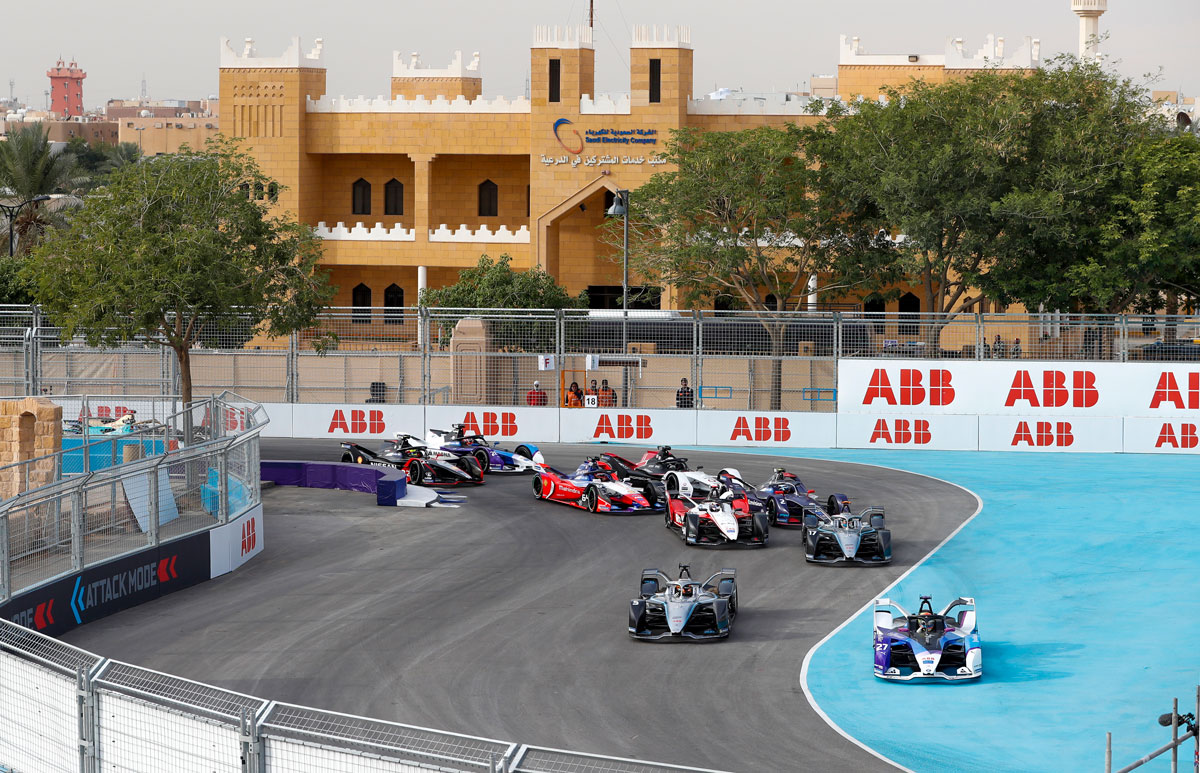 What have the teams and fans discovered so far in this new calendar season?

The key finding: it’s as exciting and evenly balanced as in the legendary fifth season. During Qualifying as many as nine different teams made it into the top 10. 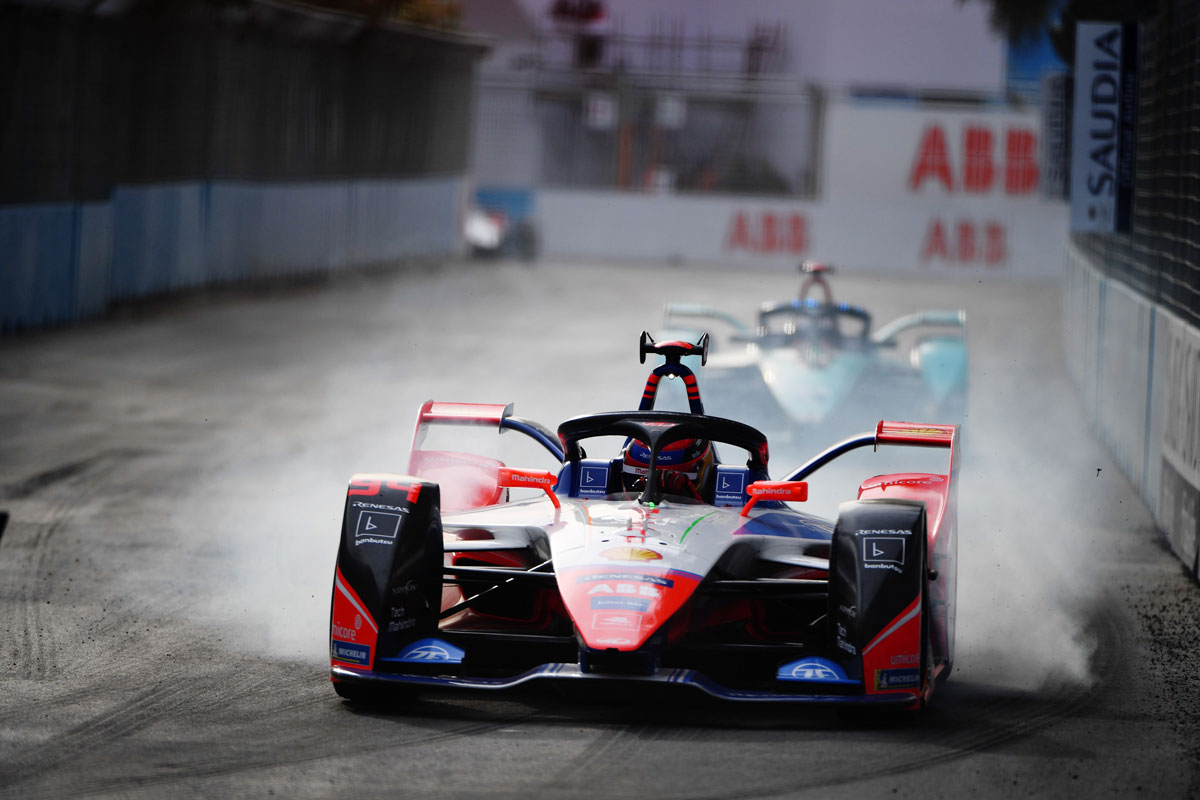