Success for the Group KW 50 plus power plant project

Components in chrome steel CB2 and new welding filler materials for the Kraftwerk 50 plus (KW50+) power plant project have been successfully launched on the market.

Pilot valve housing made from a nickel-based alloy 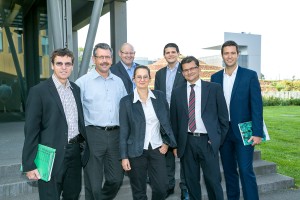 Combined competencies in practice: eight companies are involved in developing and producing the new high-temperature-resistant components for this power plant turbine.

Thanks to intensive research, voestalpine has succeeded in casting components in high-temperature-resistant martensitic cast steel (steel brand GX12CrMoCoVNbNB9-2-1, or “CB2”) for power plant turbines working with steam temperatures of up to 625 degrees Celsius, and successfully launching these components on the market.

As well as casting, production and joint welding of the cast pieces into complex components also play a key role. Welding relies on the right welding filler materials, and these have been developed by researchers at voestalpine Böhler Welding. They have developed both a suitable electrode and the appropriate cored wire. The special welding filler material withstands the extreme application conditions and has already been successfully qualified.

Teamwork and years of research lead to success

The KW50+ project is more than a project; it is also a way of finding solutions to a complex challenge. Years of constructive joint research, successful tests, and a pilot project for Shanghai Electric Power Generation are now leading to overwhelming market success: 1,700 tons of CB2 components have already been ordered, a third of which have already been delivered. And the cored wire BÖHLER CB 2 Ti-FD, more than 29 tons of which was produced during the past business year, is a reliable and efficient welding filler, both for the Group’s own internal casting parts production and for sale on the market.

Many power plant constructors intend to use this new technology in the future. Worldwide, new construction projects to the tune of more than 1,000 GWh of generation capacity are currently in planning. Thanks to the KW50+ research project, voestalpine is ideally placed to leverage on this development. 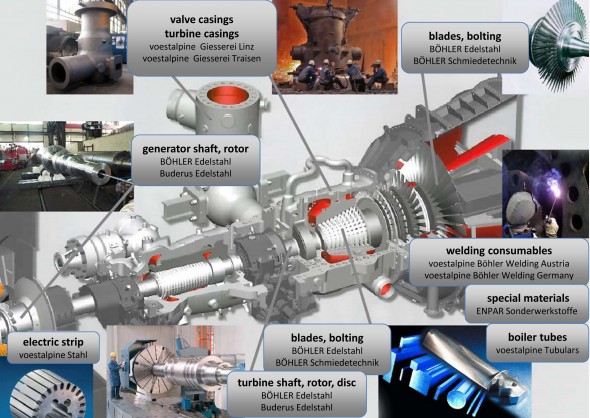