The SuSteel plasma melting plant is a visionary option for climate-neutral steel production with hydrogen. At the voestalpine site in Donawitz, a team of scientists and technicians is exploring the possibilities of this technological innovation, which is a world first.

Something entirely unique has been built in Donawitz. As part of the SuSteel (sustainable steelmaking) project, a test facility is currently being built there to investigate the CO₂-free production of crude steel in a single process step that uses a new type of hydrogen plasma technology.

The realization of the pilot plant is already the second scaling step of the project. The SuSteel plant should be able to produce up to 50 kg of steel in one test. By way of comparison, its predecessor, a laboratory plant at MU Leoben, yielded 100 g of end product. greentec steel’s roadmap and the first major steps towards CO2 reduction are clearly defined by the integration of direct reduction and electric arc furnace technology into the existing blast furnace-converter process route. These technologies already have a high level of maturity and are available on a large scale. Irmela Kofler of K1-MET places the HPSR process in the context of her “Low Carbon Energy Systems” research area and notes that “at the same time, we must not lose sight of developments that could play a role in 20 years’ time.” 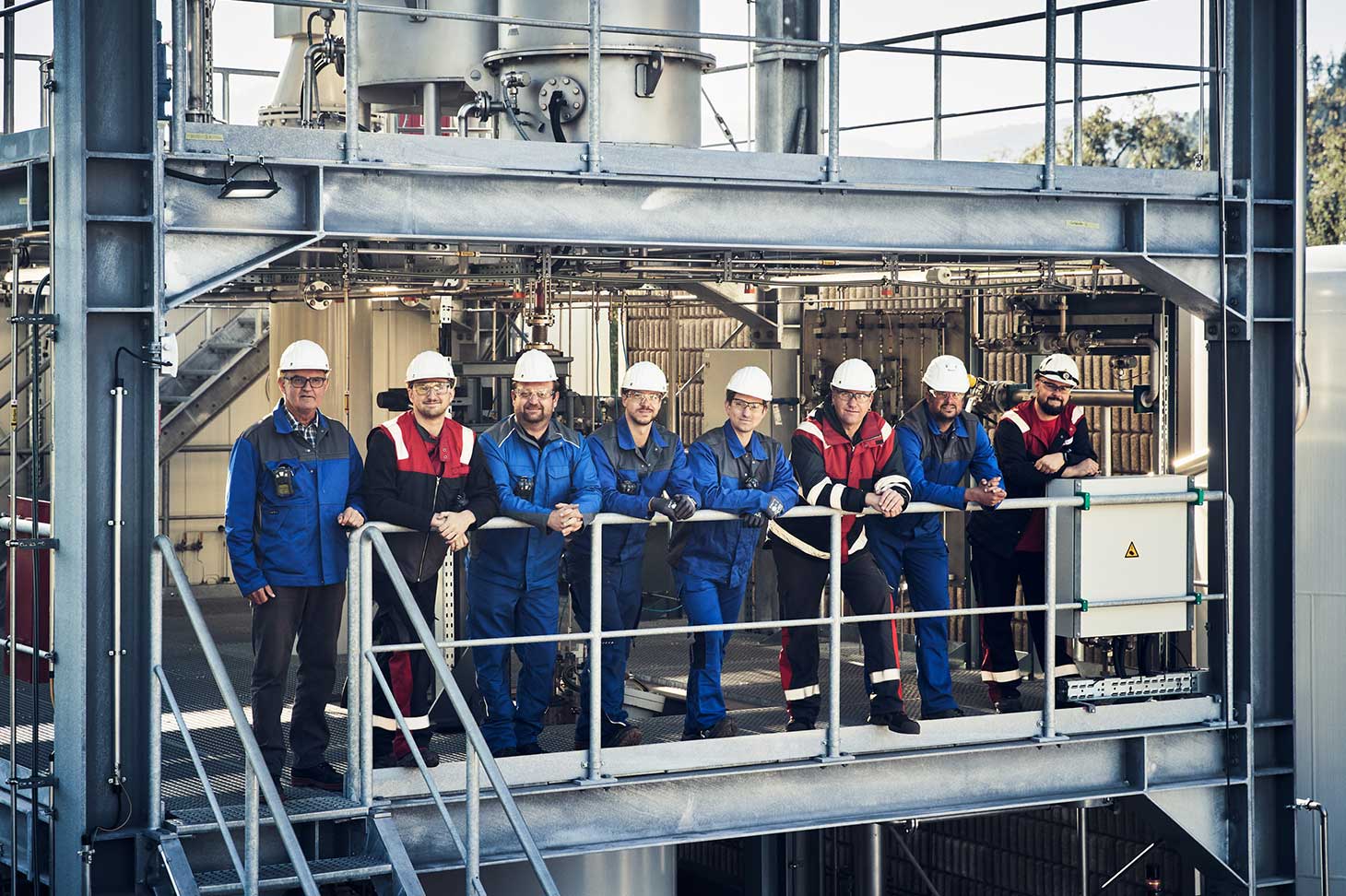 The project is a central component of the COMET research program running from 2019 to 2023 at the metallurgical competence center K1-MET, which receives industrial support from voestalpine Stahl Donawitz and voestalpine Stahl in Linz, as well as scientific support from the University of Leoben. Representatives from all four partners form the team.

Axel Sormann, K1-MET
… with his more than 30 years of experience in iron and steel metallurgy, he regards the SuSteel project as his most important – it stands for one of the most important directional technological decisions of our time. He was already involved with the topic 30 years ago: “At the University of Leoben, plasma technology already occupied us back in the 80s and 90s; my dissertation was an early part of this research initiative; a topic that has become more significant than ever before.”

Michael Zarl, K1-MET
… has been working on the SuSteel project since 2017 and successfully defended his doctoral thesis on the development of the scale-up parameters of the plant in 2021: “Now that the basic operation of the plasma melt reduction system has been proven, we are faced with the enormous challenge of getting to grips with it in the various performance dimensions.”

Horst Burger, voestalpine Stahl Donawitz
… supervised the construction of the test plant in Donawitz for the plant expansion: “We managed to build the HPRS plant on time and within budget – that’s a lot for a unit that has never been built before and doesn’t exist like this anywhere else in the world.”

Harald Mayrhofer, K1-MET
… is intensively involved in plant support: “The pre- and post-processing of the individual tests, maintenance and refractory lining are indispensable elements of almost every metallurgical test smelting. At SuSteel, there is the additional factor that the plant is an absolute novelty, for which we first have to acquire the required knowledge. It’s really fortunate that our diverse team collaborates so well.”

Daniel Ernst, Montanuniversität Leoben
… is working on his doctoral thesis on plasma melting processes and is intensively occupied with the hot core of the HPSR: “Our biggest technological challenge is the hydrogen plasma arc in the unit. We need to stabilize it further to make the process more robust.”

Christoph Thaler, voestalpine Stahl GmbH
… commutes from his Linz workplace to the HPSR plant in Donawitz as required: “I support the smelting tests there. But before that, I will have taken care of the safety assessment for SuSteel, for instance, because the test plant is also an operating plant and has to be approved as such. This is quite challenging; after all, there are no comparable plants. To further the scalability of this technology, we focus on filtering out those parameters that ensure reproducible experimental performance.”

Lukas Schmidt,K1-MET
… is enthusiastic about the fact that, given the process is working and sufficient renewable electrical energy is available, CO2 emissions would be completely eliminated from the iron and steel industry. “Transferring the process to the current scale and to an even larger one in the future involves major challenges. New concepts have to be created and implemented for logistics, processes and the plant.”

Markus Walenta, voestalpine Stahl Donawitz
… has to acquire the knowledge needed for the maintenance of the SuSteel test plant at the Mechanical & Electrical Service Center autodidactically: “Like all prototypes, our plant is tailored specifically to our needs and cannot be bought off the shelf. We will manufacture each and every spare part ourselves – but we’re not being daunted by such challenges.”