For voestalpine, the world is more than just a market. This view obliges the company to consciously assume responsibility for its employees, society at large, and the environment.

Where, how, and with what does a global corporation start shouldering responsibility for the greater good? voestalpine begins at the place it calls home the world over: by using steelmaking processes that conserve resources. By actively engaging in climate protection and smart waste management. And by taking good care of the people at voestalpine’s many different sites. A proactive health & safety program that aims to prevent not just accidents but also near misses is but one example. 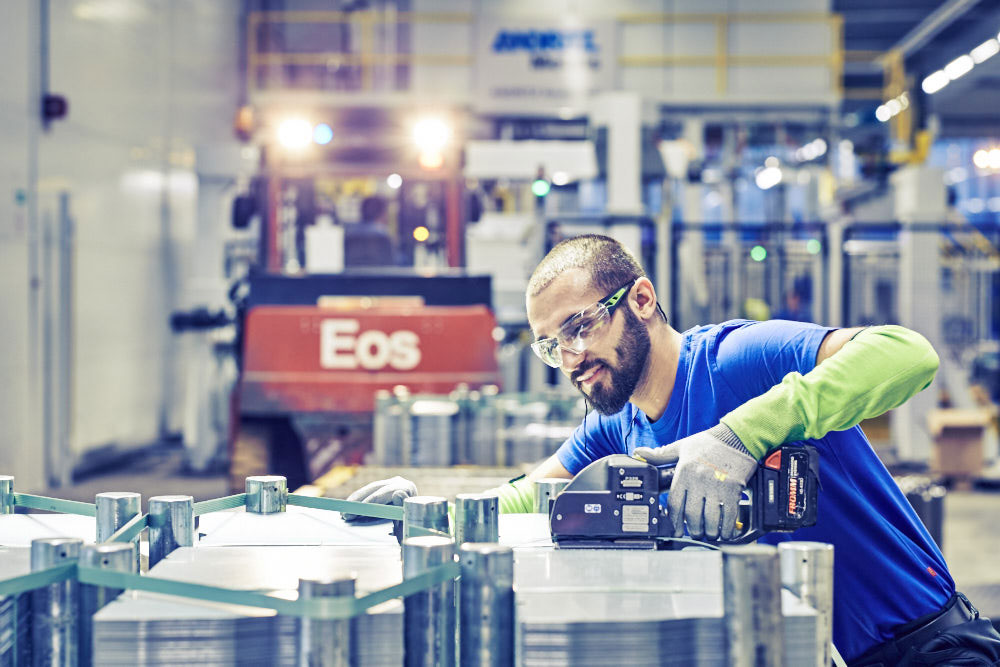 Occupational safety is a top priority in the voestalpine Group.

The courage to change!

Make no mistake: voestalpine’s ecological and social engagement does not stop at the boundaries of the Group’s facilities and innumerable companies. It is more than mere management practice, given that innumerable employees themselves get involved in voluntary activities serving the common weal and public interest. They are encouraged to do so by their employer, whose CEO Wolfgang Eder emphasizes that,

"the courage to change is the prerequisite for achieving progress in all areas of life. Progress requires people who have precisely this kind of courage. We at voestalpine believe that it is essential for us to promote such courage as part of our corporate culture."

voestalpine demonstrated in the fall of 2015, for instance, how to lead by example and help quickly and effectively in an emergency. Thanks to the company’s material financial assistance, the organization Doctors Without Borders was able to help many thousands of victims of the catastrophic war in Syria—in the combat zones as well as in neighboring countries such as Lebanon, Jordan, and Iraq to which hundreds of thousands of Syrians had fled. The voestalpine Group made a total of 1.5 million euros available to support refugees both in the Middle East, the conflict’s epicenter, and in Austria, the Group’s home base.

“As an internationally active Group, we believe that it is part of our overall responsibility to actively provide assistance in such a situation,”, CEO Eder explains. Above and beyond the hospitals, birthing stations, and mother/child centers of Doctors Without Borders, the Group’s engagement has also involved supporting the educational programs of Caritas that give those affected a glimmer of hope on the ground in Austria.

Entitled to asylum and trained

voestalpine has offered education and training even to those who reached the safe haven of Austria on their flight from want and misery by helping to fund not only psychological programs aimed at caring for traumatized victims of violence but also German language classes and housing. But voestalpine did not just dig into its pockets to help promote the integration of the new arrivals. It also helped boost their drive: More than 150 young people, who had fled to Austria all by themselves, earned basic educational credentials for their vocational or professional training in a four-month crash course. Sixteen of them entitled to asylum started apprenticeships in the fall of 2016 at voestalpine’s sites in Linz, Kapfenberg, and Donawitz. Twelve of them are still with us.

Frequently, voestalpine’s charitable work goes hand in hand with that of its employees as, for instance, when voestalpine Rotec supports the networking of activists and NGOs in its sphere of influence in the United States with the aim of helping to bring about sustained improvements in education, income levels, and health. Or when all of the employees of voestalpine Automotive Components in Schwäbisch Gmünd, Germany, have themselves typed as bone marrow donors, or when their colleagues in Dettingen, Germany, donate the receipts of a fundraiser held during family festivities to a local school. Or when the proceeds of the employee X-mas raffle at voestalpine Steel & Service Center are donated to the “CliniClowns”—clowns who use their charm and slapstick routines to help critically ill children forget their medical surroundings.