New home for six employees from Syria and Afghanistan

The more than 200 employees at the voestalpine Rotec GmbH & Co KG production sites in Annweiler am Trifels (Rhineland-Palatinate) and Sülzfeld (Thuringia) produce components for the automotive industry and for general mechanical and plant engineering applications. In the last two years, six employees from Afghanistan and Syria have joined the workforce.

In the last two years, six employees from Afghanistan and Syria have joined the workforce. It is an example of successful refugee integration—the local team, the company and the employees with a migration background all pull together. “It required more effort of course because our four employees from Afghanistan simply had more educational needs. There is the language barrier on the one hand and the entirely new field of CNC control on the other,” explains Hartmut Kammerzell, Plant Manager at the plant in Thuringia, “Nevertheless, we are very pleased to have them on board.” 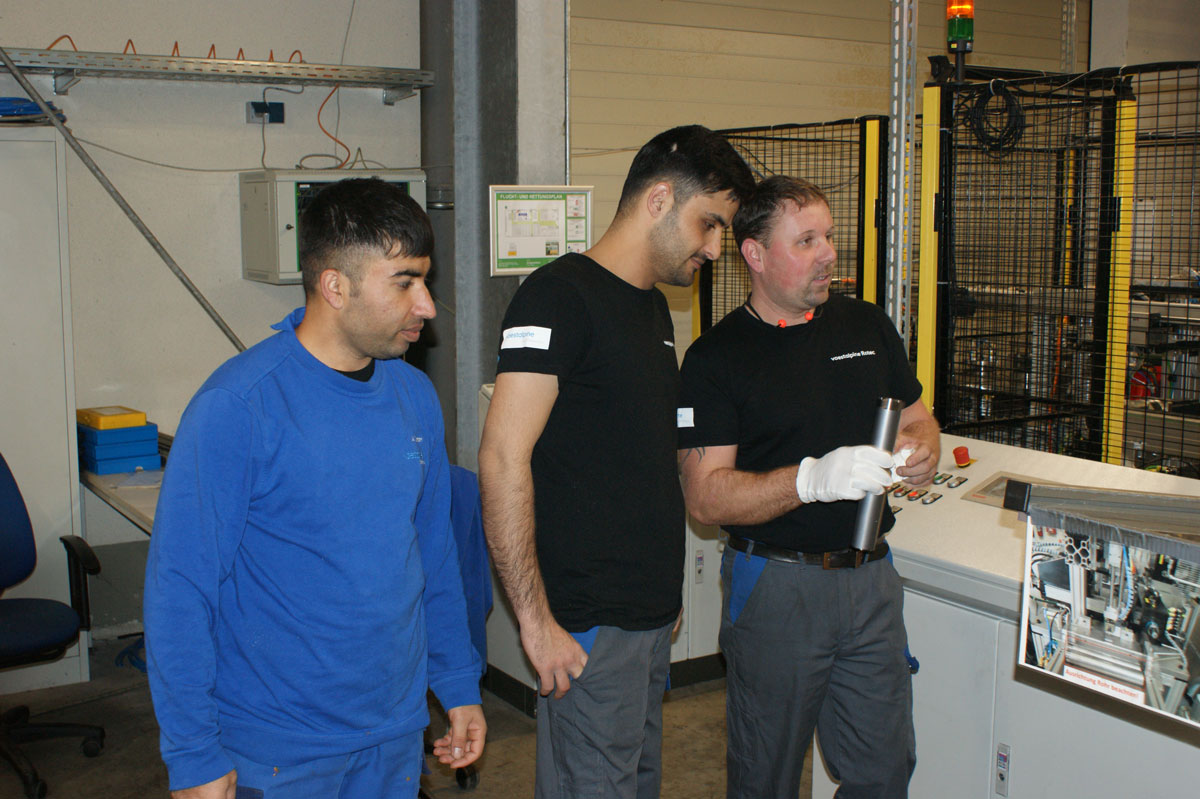 According to Kammerzell, this is not only because it is difficult to find employees in Germany—especially where the three states of Thuringia, Bavaria and Hesse meet and numerous industrial groups have major sites—but also because the colleagues can now be deployed at several plants. “Mohammad Amin Zadran, who has been with us since January 2018, can already work on four or five systems, and with the exception of the Airbag Components area, the newcomers have worked in all areas. Our goal is to retain employees for the long term, which is why we want to train them on all our machines.” Even in Germany, employment is not automatically linked to recognition in the asylum procedure. However, at least for Amin Zadran, receiving a permanent employment relationship has had a positive effect on his residence status—he has a longer grace period.

Quataybeh Alzarzur from Syria, who joined the company almost two years ago, was also given a permanent position in Annweiler, says Production Foreman Mark Dully: “And his Syrian colleague Loai Ezzou, who currently has a temporary contract, will also be given a permanent contract if things continue to work so well among the employees. They have made an effort to get here, to take language courses and earn a certificate of completion from the adult education center, and they work well with the team.” If there were reservations among the workforce, they quickly evaporated, Hartmut Kammerzell confirms, “The Afghan employees get along very well with their German colleagues on their respective shifts. They also use carpools to get to and from their shifts.” And once you have been integrated in a carpool, it is naturally easier to feel like you’ve arrived, both in the company and in your new home.

"Everyday language is not a problem. Even though the two colleagues have technical training, the technical language was still the biggest hurdle at the beginning. But that's really improving now." 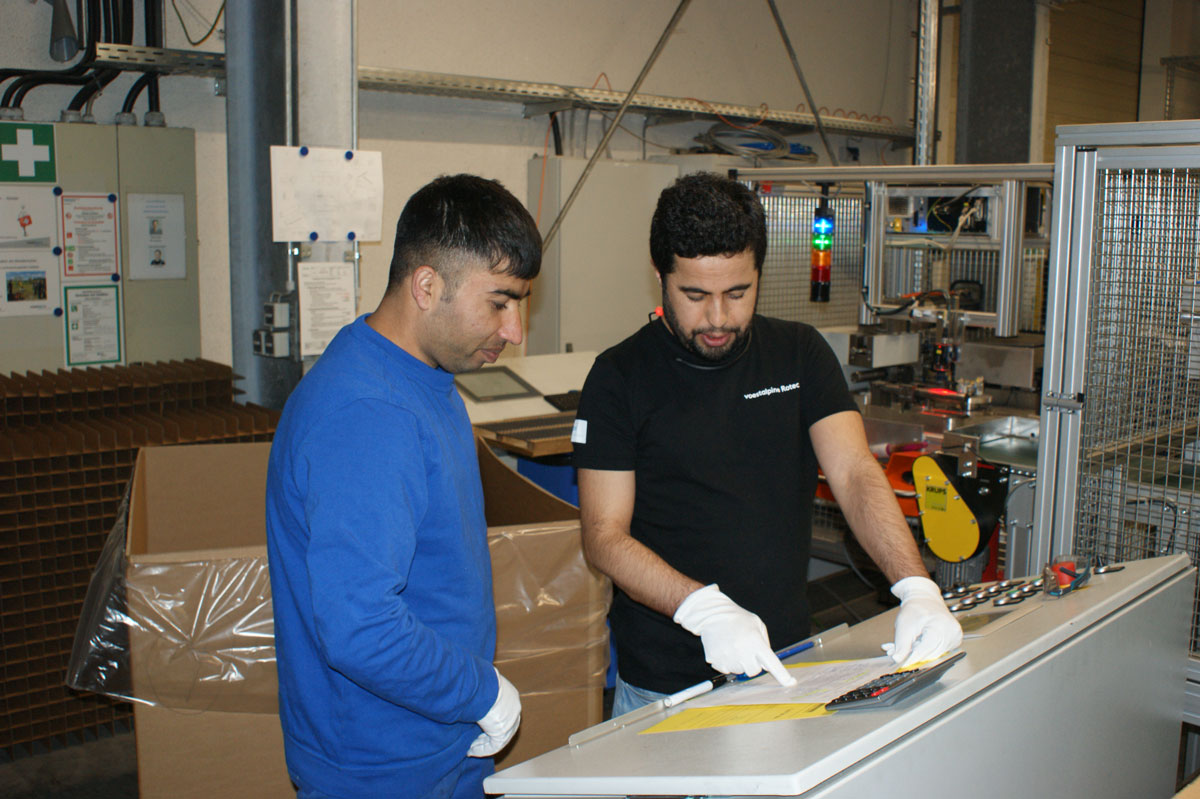 Noor Ullah Stanakzai handing over to his shift successor Ali Marjan Shinwari at the rivet punching station for steering parts.