The conversion from coal to green electricity is a vital step on the path to climate-neutral steel production. In its hybrid plan voestalpine focuses on a complex of measures which can reduce the Group’s CO2 emissions by around 30% to 2030.

As part of the hybrid plan voestalpine will use electric arc furnaces (EAF) at the sites in Linz and Donawitz; they will operate parallel to the blast furnace/LD converter route. Operating EAFs using electricity generated by renewables will make a significant contribution to emitting 30 percent less carbon dioxide during steel production by the end of the decade. 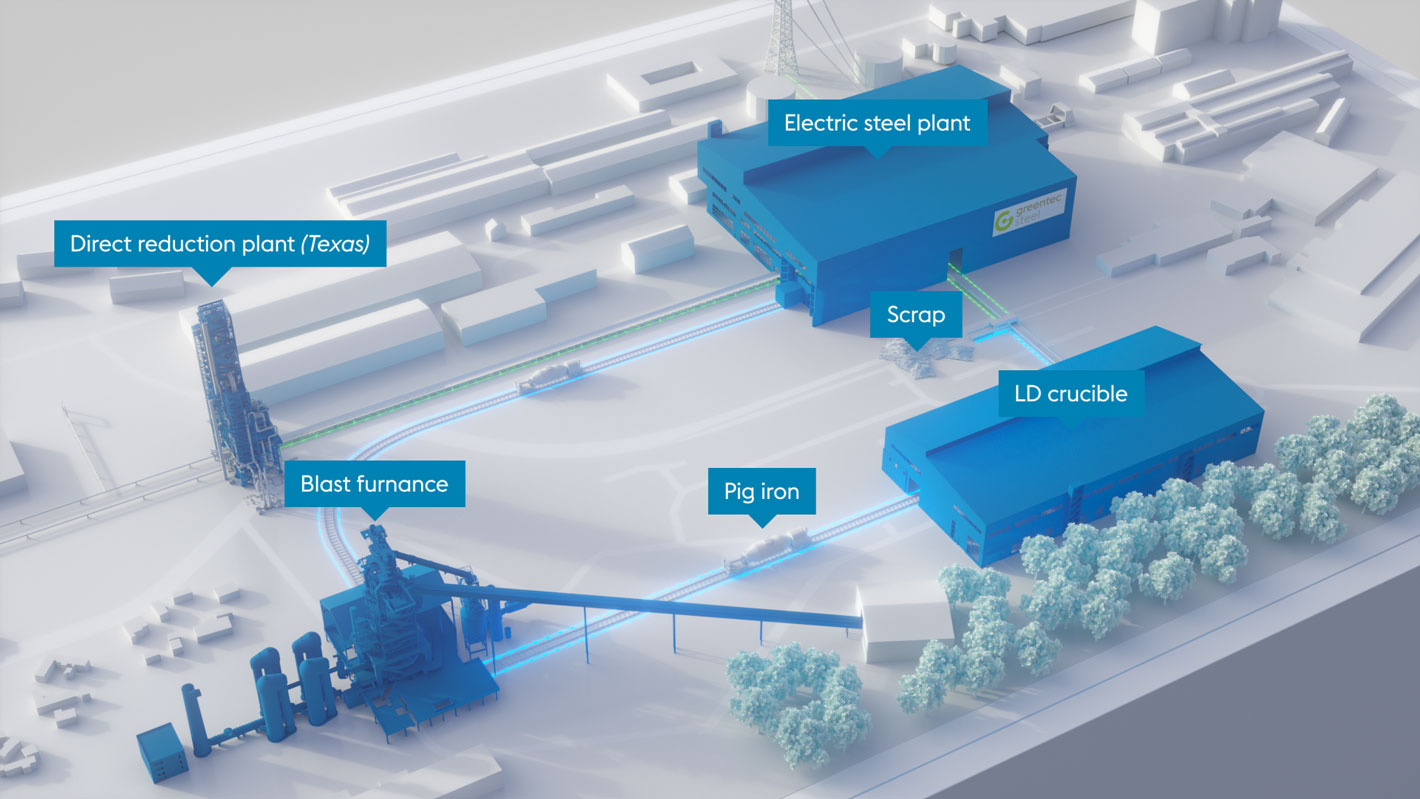 Today, voestalpine produces almost all its steel using the blast furnace/LD converter route. Iron ore is used to produce pig iron in the blast furnace, with coke providing the necessary energy and enabling the chemical process; it is impossible to avoid producing carbon dioxide using this technology. The pig iron is then refined in the LD converter: oxygen is blown through and over the pig iron to remove most of its unwanted components. The end product is crude steel.
The second route which will be used in future is based on electricity to melt scrap in an electric arc furnace (EAF). Pig iron and sponge iron can be added to the scrap. Sponge iron is a prematerial for steel production, consisting of directly reduced iron ore with few impurities. It is produced using reformed natural gas. 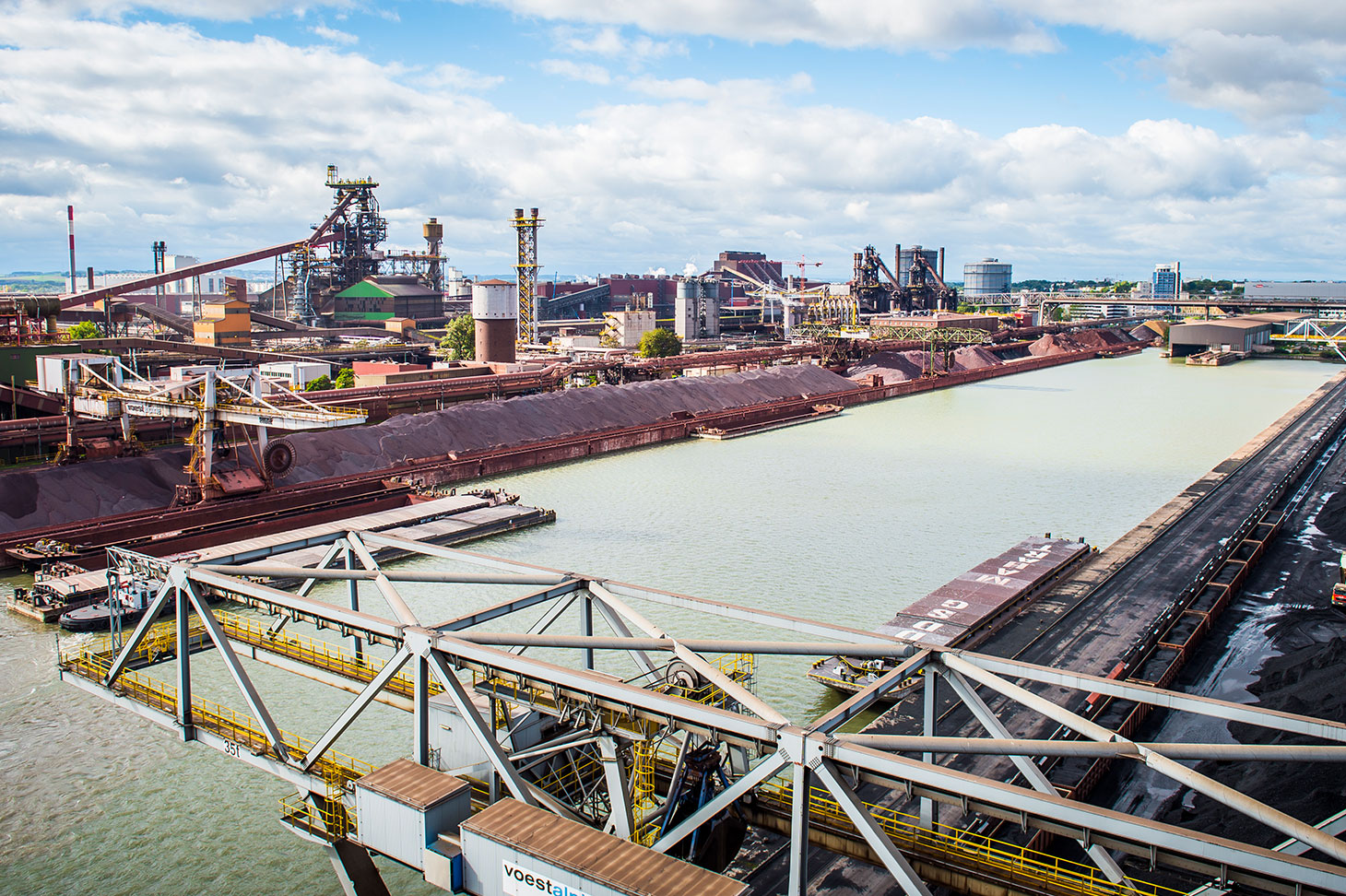 When we supplement our crude steel production with the blast furnace/LD converter route with electric arc furnaces, we will use sponge iron as well as scrap. As a result, less pig iron needs to be produced in the blast furnace; this, in turn, reduces both our coke consumption and CO2 emissions in Linz and Donawitz. The hybrid plan allows us to reduce emissions of this greenhouse gas by 3 to 4 million tons annually—an important milestone on the path to emission-free steel production.

As well as scrap, the high-efficiency electric arc furnace (EAF) melts sponge iron to form crude steel. This offers a significant advantage when it comes to reducing emissions: during the sponge iron production process, a reducing gas consisting of hydrogen and carbon monoxide, reformed from natural gas, reduces the ore to iron—direct reduced iron, or DRI. As hydrogen binds to the oxygen in the ore to form water, direct reduction releases less CO2 than in the blast furnace route; here this function is assumed by carbon in the form of coke and other carbon carriers which are blown into the furnace (pulverized coal, plastic waste). 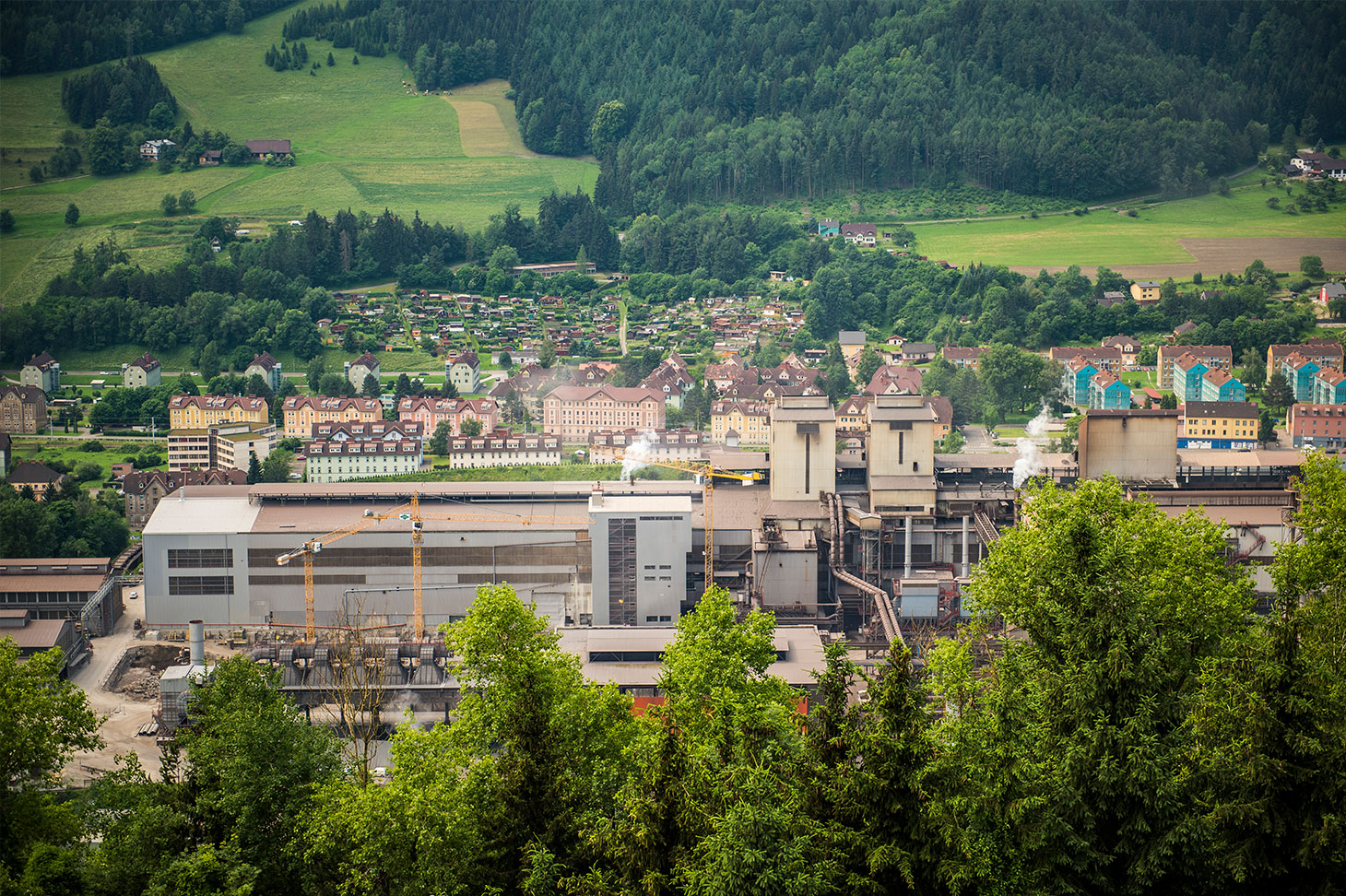 Smelting scrap and HBI in the electric arc furnace is an energy intensive process. Consequently, if the EAF is to take over its key role in the hybrid plan, it must be connected to a sufficiently powerful electricity grid. The basis for this must first be established:

"Decarbonizing energy-intensive sectors such as the steel industry through electrification depends on the availability of renewable energies and corresponding infrastructure expansion, and, lastly, competitive prices. If there is no 220 kV line in place by 2026, we will not be able to implement our hybrid project in Linz and Donawitz by 2030. We need this supply. And it must be reliable and stable."

The expansion of power supplies at our blast furnace sites is also important for another reason: when we smelt less iron ore in the blast furnace, we reduce the volume of blast furnace gas available to meet our internal power needs. And electricity will become a key energy supplier for the steel industry, both to operate electric arc furnaces, and for electrolysis to make the hydrogen needed to produce DRI.

Creating the preconditions needed for climate-neutral steel production by 2050 is a challenge not only for the steel industry, but for society as a whole. For the full significance of our hybrid plan can only be realized with the use of electricity generated from renewables. There can be no green steel without green electricity. The power consumed in electric arc furnaces will be far outstripped by the electricity needed for tomorrow’s hydrogen-based steel production route. This is clearly demonstrated by Germany, the world’s seventh-largest producer of steel: it would need the power output of an additional 12,000 wind turbines to convert its steel production to hydrogen. This is an example of a requirement that can only be met with the support of viable policy framework.