The Höhenrausch with the voestalpine open space opens its doors

The Höhenrausch 2014 opened on June 26, 2014. This year’s highlight is the voestalpine open space: the new cultural and event space suspended high over the roofs of Linz.

Cooperation between business and culture 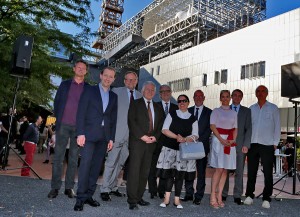 The open steel structure is the result of fruitful cooperation between business and culture. voestalpine is not only the exclusive, main sponsor in this project, voestalpine products also lend the voestalpine open space its structure and form. The architectural design is the work of RieplRiepl architects, and the artistic concept that of the OÖ Kulturquartier. The voestalpine open space extends over the OK and the Parkdeck; it provides a location for exceptional cultural projects and artistic actions, is the setting for the Moviemento-Sommerkino, and serves as a multifunctional landmark. 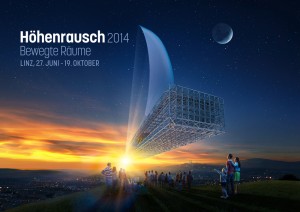 The motto of this year’s Höhenrausch is “Bewegte Räume” (moving rooms). Twenty-six art projects, 10 of which involve artists with a connection to Upper Austria, are in place and ready for the many visitors to the event. The highlights include: