Giant Billard by Haus-Rucker-Co at the voestalpine open space

Interview with Laurids Ortner about the Giant Billard project for the voestalpine open space.

At the voestalpine open space, a replica of the “Giant Billard” by Haus-Rucker-Co from 1970 will be shown: a massive sculpture that can be “played” by the public and was hugely successful all over the world at the time. In the interview Laurids Ortner talks about the background of the project.

" The public will be presented with the best art, with no barriers, and in a breathtaking manner."

Mr Ortner, tell us something about your background and your key projects (keyword: Haus-Rucker-Co)

You want me to say something about a brilliant story, one which started with Haus-Rucker-Co in 1967 and continues with Ornter & Ortner  to the present day, in just a few words… That’s not possible, but I can give you a list of books which have been published about us.

What are you planning for the voestalpine open space? What is the idea behind your plans, and who is involved in this project? 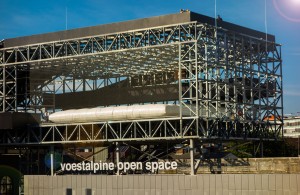 The Giant Billard at the voestalpine open space

A replica of the Giant Billard by Haus-Rucker-Co from 1970 will be shown to mark the opening of the voestalpine open space: a large, open sculpture which the public can access, and which was incredibly successful on the international scene at the time.

Why did you choose the voestalpine open space as a location?

With the voestalpine open space, the architects Riepl and Riepl have created an urban outdoor space, one which couldn’t be more attractive for exhibitions and events.

What do you think makes the voestalpine open space unique?

The entire concept is unique: nowhere else is there a cultural platform such as this, established over the roofs of the city and right in the centre. It couldn’t be better.

What is the greatest artistic challenge presented by this environment?

Here artists can show their work in a very visible manner and to a large public; to respond to the space with exceptional actions.

What is waiting for visitors?

The public will be presented with the best art, with no barriers, and in a breathtaking manner. It will be an experience both for visitors and for the artists.

How important is this project for you?

We are delighted and honored to mark the start of this new urban cultural space with the now historic Giant Billard.

Do you know of any similar project?

No. And the public will be gaping in astonishment far beyond Linz and Austria.

What is your personal vision for the future?

We have the privilege of living in the most attractive, interesting and complex part of the world: in Europe. We should all continue to develop this unique Europe with enthusiasm, and particularly through new cultural endeavors. The OÖ Kulturquartier in Linz is an excellent example of how to do this. 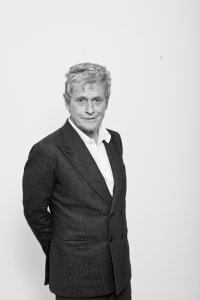 Studied architecture at the Vienna University of Technology.

1967 Co-founder of the Haus-Rucker-Co group of architects and artists in Vienna.

1976-87 Professor at the University of Art and Design Linz.

1987 to 2011 Professor of architecture at the Kunstakademie Düsseldorf.