By 2006, the value of the voestalpine share had increased over five-fold since its issue. Therefore, the Annual General Shareholder’s Meeting authorized a share split for tactical reasons.

From the initial public offering to the end of the business year 2005/06 the value of voestalpine share rose by 460%. It appeared to have permanently reached a three-figure sum, continuing to benefit from the economic climate as well as the Group’s acclaimed strategic positioning. 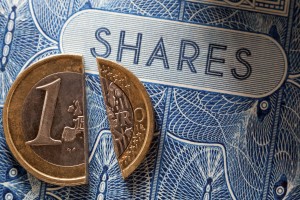 As a result, on July 5, 2006 the Annual General Shareholders’ Meeting decided on a share split 1:4 to be undertaken in the same year. The announcement of the share split combined with consistently good results encouraged analysts to once again recommend purchasing the voestalpine share.

As in this case, a split directly impacts the share price and is designed to make the share more affordable. This measure was also a means of creating greater trust in the share itself: what management would deliberately reduce the share value if it believed the price would subsequently fall?

Path free to the summit

On August 1, 2006, the voestalpine share was split at a ratio of 1:4. The number of shares was quadrupled and the value of each share quartered so that the market price of the Group remained the same. The number of shares increased from 39.6 million to 158.4 million. The lower post-split share price of EUR 28.50, rather than EUR 114, made share purchases attractive, particularly for small investors.

Share/stock split
A share split divides the existing number of shares of a stock corporation by a certain factor; the value of each individual share is reduced by the same factor. As a result, the individual share has a lower par value after a split and becomes more affordable to potential investors. This measure is intended to heighten investor confidence in the stock; it does not change the shareholder structure, the company’s current market price, or the value of the interest held by a shareholder.
Volkmar Held